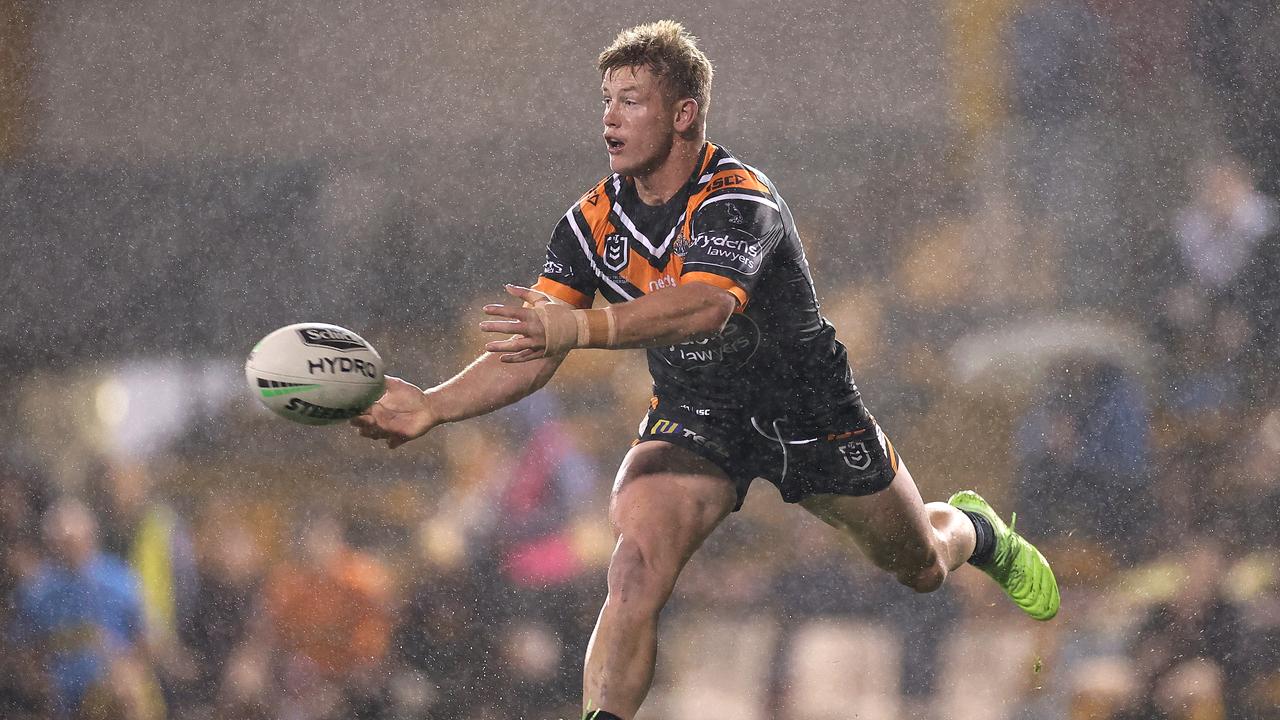 We only have a couple of these big Saturday slates left. I wish this one was a little more interesting, but it’s looking a lot like a stacking competition with some pretty lopsided games.

I’d love to speculate a Titans victory, but the return of Tommy Turbo (even if only half-fit) should be enough to spark Manly back to life. There is a minor threat of bad weather around but I don’t think it’s enough to base any decisions on.

WFB: Joseph Manu filling in at fullback is likely to be the popular choice today, and for good reason given that he has a 100 and a 60 in his 3 full games there. Brett Morris and Daniel Tupou will also be popular, given the Roosters massive favouritism. Tom Trbojevic could be the best alternative, but we won’t know what to expect in his first game back from a long layoff. Josh Addo-Carr is another great alternative that could get popular, and Nicho Hynes is a good cheaper option who has shown off a 50+ upside earlier in the season. I’ll also be strongly considering Albert Hopoate after a good performance last week and still at the minimum price.

CTR: Not many plays I like here. Manu and Hopoate for sure, but both Brenko Lee and Justin Olam have been having plenty of nice games lately and are decent chances to do so again. Right below them Jesse Ramien hasn’t been scoring too badly but has that one ugly injury-affected 2 sitting in his recent form. It’s a tough matchup for him but I’m always willing to take a shot at huge ceiling players such as him and Joey Leilua in any situation.

HALF: Jahrome Hughes looked great last week, which seems to happen every third game, but lets not be silly about this. He’s cheap, he’s in a good matchup, he’s a good play. Daly Cherry-Evans, Kyle Flanagan and Cameron Munster are all stud scorers who control their teams attack and could be on the right end of a blowout, so if you can find a way to squeeze any of them in they could be the highest scorer on the slate. I don’t really love any cheap options, so I’ll mostly just lean on Hughes and go from there.

2RF: Jack Gosiewski and Sitili Tupouniua are the two players under 10K that hold strong interest, but both are relying on no pre-game changes. Gosiewski is the safer play as the cheaper option who plays int he early game, so we can at least go in knowing whether he’s starting or not. Curtis Sironen has gotten too cheap for his usual scoring output, I’d rather try to find the extra salary for him than rely on his cheaper teammate. Both Kenny Bromwich and Felise Kaufusi fail to qualify for the under 10K crowd by $50…so let’s include them. They’re both too cheap and both great chances to bust out a ceiling game against the Tigers. Only use one per lineup, chances are they’re not both scoring a try. Tino Faasuamaleaui is a nightmare name to write up every week, but unfortunately he’s an a very good young player and probably the most expensive guy I want to consider at this position after back to back 60+ scores.

HOK: Hard to go past Harry Grant with no back up on the bench, playing against his home club in the Melbourne Storm. That has to be a recipe for success right? Cameron Smith is always playable, and our best salary saving option is Blayke Brailey, who continues to be cheap despite three 50+ scores in his last five. You can take a wild punt on any of the cheap halves at this position (Josh Reynolds, Lachlan Croker or Connor Tracey), but all of them are more likely to sink your lineup than win you a GPP.

FRF: I’m not having much luck recommending Jared Waerea-Hargreaves this season. It seems every time I do he either pulls out before the game or gets reduced minutes in a blow out. He’s too cheap for his upside, but he comes with significant risk. There are a big collection of good but volatile options surrounding him in the form of Lindsay Collins, Jesse Bromwich, Hamlin-Uele, Jarrod Wallace and Taniela Paseka. There are no expensive guys that scream must pick, so I think the strategy is to pick whichever two of the 9-11K range appeal to you the most and cross your fingers. Ma

Final Word: Other than Manu and Hughes, I don’t see many clear cut chalky plays, so I think you can just build to your hearts content in this one. Good Luck!