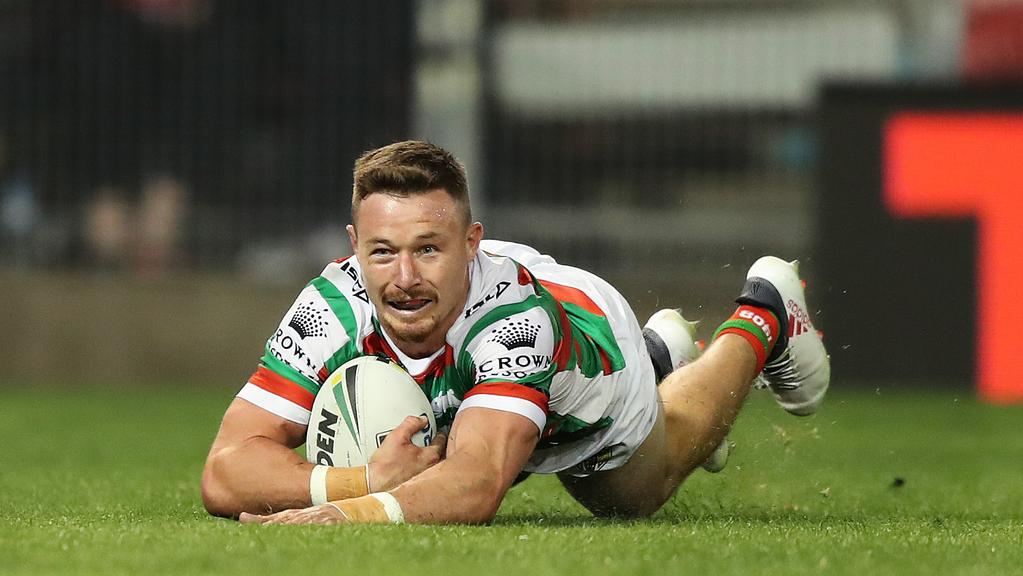 The NRL action continues on Friday with the last double-header for the season. The two game slate kicks off at 1800 AEST on Friday with the Titans hosting the Knights at CBUS Super Stadium. Followed by the Rabbitohs and Roosters at ANZ Stadium.

Draftstars is the home of NRL Daily Fantasy and provides multiple contests including a $10,000 contest for the Titans and Knights. The feature however is a $20,000 contest between the Rabbitohs and Roosters. A $5,000 contest is available for the 2-game slate. If you are playing the double-header remember to utilise the “player-swap” feature if we receive a surprise omission when the final 17’s are released.

Great to see some increased prize pools from Draftstars for this final round of the NRL. Once again, the Roosters are the team to target on this slate despite the team changes, the Chooks look very strong here.

Don’t sleep on the Titans here, they are underdogs after winning 4 in a row, but alas to opponents not playing finals. It is going to be interesting builds here with some heavy Roosters teams but there are some good complementary pieces from the Titans and Knights.

In fantasy relevant team news, Brain Kelly returns at Centre pushing Treymain Spry to the wing. Bradman Best is a boost for the Knights after 7 weeks out with an ankle injury. Kurt Mann is back after suspension and Edrick Lee returns on the wing. Sione Mata’utia starts in the 2nd row

For the Rabbits, Dane Gagai is back after suspension and will be in the centres. Jed Cartwright starts in the 2nd row as Jaydn Su’A is suspended. Some big names back for the Chooks with James Tedesco, Jake Friend, Siosiua Taukeiaho and Boyd Cordner are all back.

WFB: Two standout Fullbacks on the slate with James Tedesco and Kalyn Ponga the most expensive options in this position. Ponga’s 102.2 fantasy point effort is baked into the last 5 scores which has inflated his form. I don’t actually like Ponga in this spot as the Titans have only given up 54 points in the last 4 games (13.5 per game). Tedesco however loves playing the Rabbitohs and this is evident with a 90FP back in May for Round 3. The week off has given him a freshen up. Alexander Brimson bounced back after a couple lean weeks with a 48FP last round and has 50+ point upside against the Knights.  Whilst priced at $9K, Matt Ikuvalu looks like a solid value contrarian play if he can pass 40FP as everyone else we look to roster Daniel Tupou. If you are desperate, Treymain Spry is not the worst at minimum salary.

CTR: Mitch Aubusson played pretty well in his milestone game but his fantasy score last week was inflated by a try. We don’t get his tackle floor when in the centres and he is a fade. You can take a shot at Bradman Best as he was one of the most reliable fantasy scorers before his injury. If he breaks tackles early then we are looking good. Speaking of reliable, Campbell Graham is having a cracker of a season scoring 9 tries in his past 6 matches. Alas this is not the best matchup for him and at that $13K, there is just too much risk. I like Young Tonumaipea as a value play with a 48.9FP average in the past 3 matches.

HALF: Kurt Mann being Half eligible is very much in play as you can team him up with Damien Cook or Jake Friend. But that is 30% of your salary on two players. If you want a traditional half back then Jamal Fogarty has been playing lights out with the team winning 4 in a row. Fogarty has not scored less than 45FP since the 17th of July (that was a rough night against the Storm) and sits at the same salary with the likes of Kyle Flanagan and Mitchell Pearce. If you are looking for someone cheaper, most will be drawn to Adam Reynolds (but remember, Souths are $4.00 outsiders) and Mason Lino who could grind out a 30+FP score.

2RF: Save the cheap Liam Knight for the FRF spot as he is one of the more valued players on the slate. Sitili Tupouniua has been quiet after his 75FP eruption in Round 16 but should be popular if you project him to go past 35FP. Is it time to think about Sonny Bill-Williams in his 4th game off the bench? Played just shy of 50 minutes last week and that $8,000 price tag is tempting. Not sure on Boyd Cordner’s minutes here so he is a pass for me. I am however looking forward to the battle between Cameron Murray and Angus Crichton. Crichton has been moved to Lock for this match which should see him get plenty of potential defense stats. The cheaper Murray does appeal though. Sam Stone at $11,920 is one to look out for, as he is playing 80 minutes and scoring an average of 50.4FP in his last 3. Must be considered if you are playing single slate.

HOK: Damien Cook always appeals and his price remains rock solid at that $15K mark. 59FP+ in his last 5 games means you need to reach for him if you can. If you cannot get to Cook, Jake Friend probably won’t play 80 minutes as the Roosters will look to manage him before finals. Tanah Boyd is still lurking for the Titans which dulls the appeal for Mitch Rein. So, what I am trying to say is get to Cook.

FRF: As mentioned, Liam Knight at $9,050 appeals as he gets the start, however 4 forwards on the bench makes me second think going nuts on him. Also making me second guess myself is Jared Waerea-Hargreaves at $9,760. 66 minutes last week against the Sharks, I can’t see him going that high on the field before the finals. Moeaki Fotuaika is too expensive for the two-game slate but is playable in the single game slate. Don’t be afraid to look at some min priced players here with Sam Lisone a fantasy point per minute for the Titans and Keaon Koloamatangi for the Rabbitohs. Both are getting 30 minutes off the bench and could up trumps if they get a longer run.

Final Word: I really like the Titans to win at home to give the long suffering Gold Coast fans some optimism for 2021. However the team I really like on Draftstars is $40 too much (typical). This should be a wide ranging slate and the increased pools should make it a lot of fun. Good Luck! 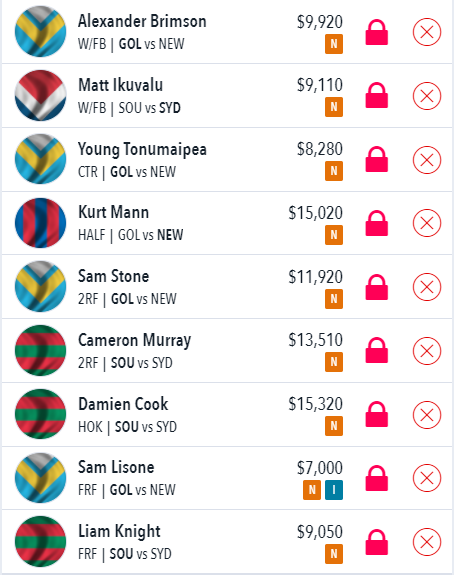