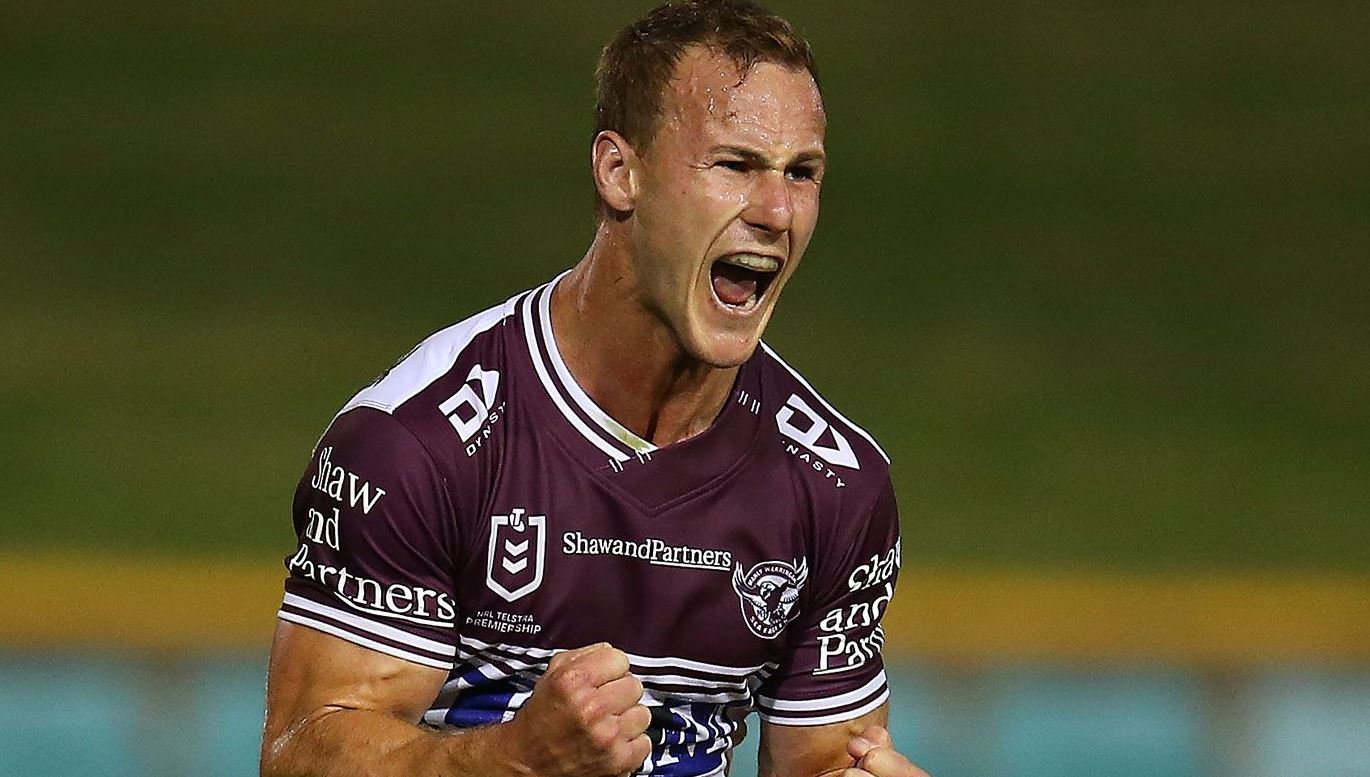 The NRL home and away season finishes on Sunday with the final two fixtures. The two game slate kicks off at 1400 AEST on Friday with everyone's second team the Warriors taking on the Sea Eagles on the Central Coast. Then the last match of the regular season with the Melbourne Storm heading down to take on the Dragons at Jubilee Stadium.

Draftstars is the home of NRL Daily Fantasy and provides multiple contests including a $8,000 contest for the Warriors and Sea Eagles. The feature however is a $15,000 contest between the Storm and the Dragons. A $10,000 contest is available for the 2-game slate. If you are playing the double-header remember to utilise the “player-swap” feature if we receive a surprise omission when the final 17’s are released.

You must be thinking why the Dragons are small favourites over the Storm? Well they have essentially given the starting side the week off. Such as the depth of the Storm’s list they have a legit shot on another win on Sunday. This should be a good slate as we have some value opened up sprinkled in with some fantasy studs.

In fantasy relevant team news, both the Warriors and the Sea Eagles have lost their fullbacks with Peta Hiku and Tevita Funa playing in the 1 jersey. Taniela Paseka starts in the front row for Manly. Patrick Herbert is set to return on the wing and Hayze Perham will shift to centre. Isaiah Papali'i will start at prop with Tohu Harris at second row alongside the returning Eliesa Katoa

Right few changes in the featured match. For the Dragons: Ben Hunt is suspended and Corey Norman is dropped. Rookie Jayden Sullivan will debut in the halves with Euan Aitken back in the centres and Max Feagai on the wing. Jacob Host and Blake Lawrie are also back starting.

So the Storm as mentioned have rested the following players: Cameron Smith, Cameron Munster, Jahrome Hughes, Josh Addo-Carr, Suliasi Vunivalu, Jesse Bromwich, Tino Fa'asuamaleaui, Felise Kaufusi, Kenny Bromwich and Nelson Asofa-Solomona. Extraordinary number of players! But we still have Ryan Papenhuyzen at full back and the returning Brandon Smith at dummy half. A young halves combination of Cooper Johns and Ryley Jacks will steer the Storm ship.

WFB: While it is tempting, Ryan Papenhuyzen is a no for me today. If the likes of Munster and Smith are in the side then sure he is a great play. But with the inexperienced halves of Jacks and Johns for the Storm, it is going to be a tough gig paying off that 14K salary. Tevita Funa scored 50 fantasy points whilst in the full back position in Round 18 and is back there today. I like him in this spot against the Warriors. Matthew Dufty season has splutted since early August and is another one I will look to avoid. From there you have a mixed bag of wingers that have low floor and high ceilings and all relatively priced on Draftstars. If I had to choose one (well I better in this case) then Adam Pompey for the Warriors is always good for a tackle break and try upside.

CTR: The Dragons CTR combination of Zac Lomax and Euan Aitken are back together again, Lomax in particular smashed last week with 80 fantasy points. However, a tough matchup against the Storm regardless of who they put up in the team list.  Morgan Harper's actual floor was recorded last week with only 24FP against the Titans. I expect a score somewhere around this mark so he is another one to put to the side. Ricky Leutele returns from England/Toronto and gets a game for the Storm. The former Shark only scored 3 tries in his 2018 campaign but will look to impress here. However the play you should seriously consider is Tom Eisenhuth who has been named in the 2nd row for the Storm. Priced under 10K with a high floor due to his defence, he is the one for me.

HALF: Time to eat some chalk. Daly Cherry-Evans is the only one you should be looking at. DCE has only gone under 50FP just once since 28th of June. With 80+ point upside you should start your teams here. However if you are not going the 100% lock button, you can consider Cooper Johns and Ryley Jacks at their low salaries. Johns will do the majority of the in field kicking and should hit value if you think the Storm are too strong for the Dragons.

2RF: With DCE locked in you will need to find a cheaper guy here. Jackson Ford at $11,230 is a great option who has been named at Lock. 50FP last week in 50 minutes and should be playing around this mark. Same can be said for the returning Jacob Host at $9,820 who has been named on the edge. 44 & 51FP in his most recent two matches at this position. Storm options in Max King and Chris Lewis are also cheap but I am not too confident in their 80 minute potential. Warriors back rowers are always strong, look to Jazz Tevaga and Tohu Harris and the returning Eliesa Katoa who is nicely priced at $10,960.

HOK: Cameron McInnes has no Ben Hunt in the side so lock in 60+ if he remains fit. With no one behind McInnes on the bench then try your hardest to have him in your side. If not, Brandon Smith returns after a broken jaw and is a good option at $13,220. Just not sure on his 80 minute ability.

FRF: This probably the toughest spot on the slate with the players you want actually being priced up on Draftstars. Blake Lawrie, Lachlan Burr, Christian Welch, Tui Kamikamica and Taniela Paseka are all over $11K but I do want a combination of these.

Final Word: Two tight games to end the regular season and caps off the NRL’s day in the sun. Tough to get some DCE/McInnes combos but there is enough value in the backs to make it happen. Good luck!