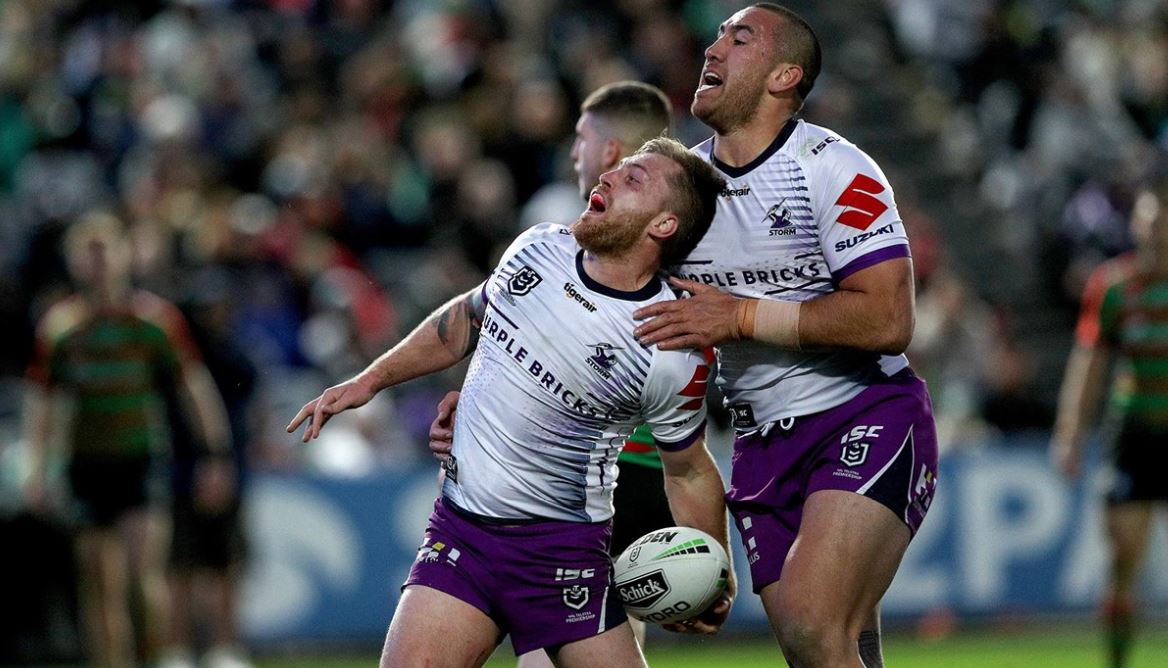 We have an interesting Friday night of NRL with last start winners in an early match and last start losers in the late game.

The Draftstars prize pools have increased from last week for the Friday Night Double Header ($5,000) and the early game between the Panthers v Warriors ($5,000). But the premium offering is Storm v Rabbitohs where a huge $25,000 contest is available. If you are playing the double-header remember to utilise the “player-swap” feature if we receive a surprise when the final 17’s are released.

The Panthers should be unchanged in the starting 13 while the Warriors lose Peter Hiku and Agnatius Paasi. Karl Lawton taking Hiku’s place at Hooker. Ken Maumalo has been ruled out with a Hamstring injury with Adam Pompey to play on the wing. Christain Welch will start for the suspended Nelson Asofa-Solomona at prop. The Rabbitohs are looking to move Cameron Murray to lock and promote Ethan Lowe to the edge, thus moving Liam Knight to the bench.

Looks like chilly conditions for both games which could make the playing surface a bit slick in Sydney and Melbourne. It was a common theme in night games in Round 3 that the scoring was limited (due to the slick ground conditions) despite the fact the new 6-again rule has sped the game up.

The Storm are stinging after letting the Raiders pretty much suffocate their attack last Saturday. They are warm favourites against the Rabbitohs who also could not get anything going against the Roosters. The books do have both games spread at a converted try and cash builds will lean towards the Storm and Panthers but all four teams are in play for GPP.

WFB: We wrote that Josh Mansour $10,500 was an automatic play last week at his salary and he is another safe play against the Warriors. A $1,400 bump is easy to swallow as the other choices are on the cheaper scale. Before I get to the cheapies, Ryan Papenhuyzen $12,260 and Roger Tuivasa-Sheck $12,740 can be slate breakers at their premium price. Papenhuyzen just couldn’t find much space against the Raiders but should be better 2nd up. Storm teammates Josh Addo-Carr $8,420 and Suliasi Vunivalu $7,800 had a dirty game against the Raiders but are in play against a Rabbitohs team that has given up 28 points last week. Still not trusting Latrell Mitchell $9,800 and leaning to fade Dane Gagai $8,110 who was looking for work last week but came up empty.

CTR: Not many bare minimum players in this price bracket this week and Dean Whare $7,000 will struggle to make many lineups after scoring 23 FP in 90 minutes! Fellow teammate Stephen Crichton $9,790 will continue the goal kicking for one more week and being inside Josh Mansour is a bonus for assists. Karl Lawton $8,640 was a bench player last week but was injected into action after Peter Kiku was injured. He now takes a 80 minute role and will be a low owned sneaky play. The tackle breaking ability of Campbell Graham $8,640 with 10 TB’s in the last 2 games cannot be ignored and having the highest FPPG on the slate will attract ownership. Storm’s Marion Seve $8,640 and Justin Olam $8,640 will need consideration if building Melbourne stacks.

HALF: First of all, whilst he had a pretty good game last week, Matt Burdon $13,450 had his ceiling game last week 3 and is a scary fade. Cameron Munster $14,580 had the ball in hand numerous times against the Raiders forcing 9 tackle breaks against the Raiders defence. If you have the salary then Munster is an exceptional play. The commentators were trying to get Adam Reynolds $12,960 going last week and makes me wonder if something is not quite right. However that 12K price tag is too cheap for Reynolds caliber. Kodi Nikorima $11,800 scored a huge 74.9 fantasy points against the Dragons but I can’t see him breaking the Panthers line, let the point chasers grab him.

2RF: All of the Panthers options received price hikes due to their huge fantasy scoring scores last week and Isaah Yeo $16,200 might be that just too expensive here. Also a false number is Kurt Capewell’s ($11,390) 75 point effort last week. This score did include a try on the edge so take that with a grain of salt. Another who scored a try last week is Warriors young jet in Eliesa Katoa $13,660 and is now slightly more expensive than teammate Tohu Harris $13,180. Harris is a strong cash play as he is a locked in 80 minute player. However if you are expecting a Storm bounce back then the cheaper options of Felise Kaufusi $11,020 and Kenneth Bromwich $12,530 are enticing. The only salary saving option is Ethan Lowe $8,700. The Qld State of Origin player did play just short of 60 minutes of the bench last week but only scored 26 fantasy points.

HOK: Didn’t think Cameron Smith $16,100 will be cheaper than Api Koroisau $18,000 but Koroisau has been a fantasy beast! Then you have the NSW hooker in Damien Cook $15,800 on the slate as well. Going to be a fascinating spread of ownership as all three are exceptional fantasy players. I do rank them as they sit on the selection screen but there isn’t much between the three of them. Leaning to Cook to take the salary savings but looking to squeeze Api or Cameron in.

FRF: Christain Welch $10,700 gets the start for the Storm and is nearly first choice here. Only 27 minutes off the bench against the Raiders and racked up 40 fantasy points in an instant. I said Moses Leota $8,690 is not the worst of the bench last week and again racked up 50+ points in only 35 minutes! Would need to save salary in this position and wouldn’t go too crazy paying up for James Tamou $12,180 or Jesse Bromwich $11,600.

Final Word: The Warriors were very good last week and are in play against the Panthers where I cannot have the same confidence with the Rabbitohs. You will need to pay up in the 2RF and HOK position so try to make the value in the backs.