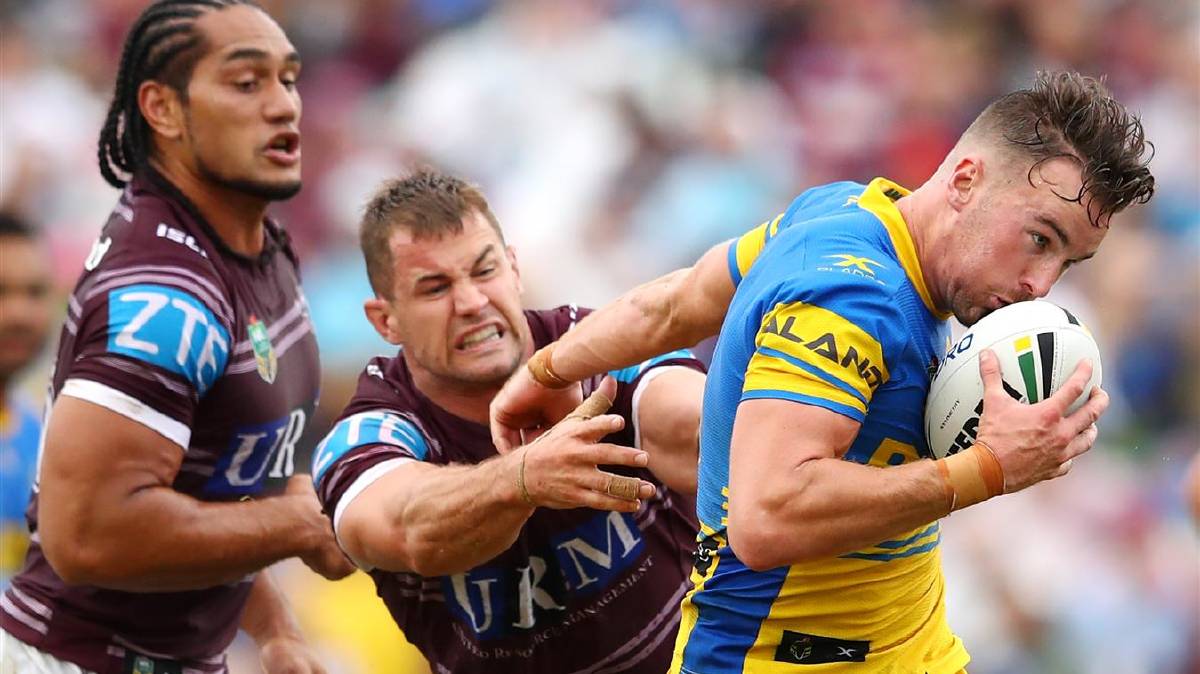 This Super Saturday only has two games in store for us, but that doesn’t mean there is shortage of decisions to be made with two rather intriguing games. The Eels aren’t far off being premiership favourites, but with Manly only a couple of rungs behind and a team that always turns up easy to play, this should be a great game. Meanwhile the Cowboys made easy work of the Titans last week, and are favourites to do the job on a disjointed Sharks team who were steamrolled late by the underrated Tigers.

Draftstars are offering some nice prize pools, including a huge $20,000 pool for the main slate which includes the 2 games. Also from the Draftstars is the introduction of the 50c Micro contests. Perfect to practice MME (Mass Mulit Entry) but without breaking the bank. 30 entries at $15 is a way to sharpen your MME skills!

No changes for the first game of the day, and I fully expect it to be a tight tussle. The biggest call to make in my mind is whether there is an upset brewing in North Queensland? Taumololo is out, Morgan is still out, and the Sharks look like a pretty solid team to me on paper. Moylan replacing Townsend in the halves can only help spark them in attack, so I think it’s very possible that a sneaky Sharks stack could take out the day. I could also be very very wrong, so maybe I’ll just move onto breaking down a few interesting options at each position.

WFB: The entire Eels backline is good value, but I would only be using one of them in each lineup because I don’t expect it to be a particularly high scoring game. Clint Gutherson $8,320 is probably the safest pick due to his involvement at fullback. For Manly I’m not as enthused about the pricing, but how can you say no to the irresistible form and talents of Tommy Turbo at $12,190? He was Manly’s whole attack last week and they’d be silly not to rely on him again. Val Holmes $12,920 will likely be popular after a strong game and some media buzz during the week, but after his price rise I think he has gotten a little too expensive. I prefer to back young Will Kennedy $8,560 to rack up a solid score if the Sharks do indeed get on top in this game. So that’s pretty much a mention of each fullback, good luck with the wingers! Seriously though, if I have to pick one it’s Sione Katoa $9,570 to bounce back from a bit of a stinker last week.

CTR: I’m going to keep the Sharks love rolling and mention Jesse Ramien $9,940. This a talented but inconsistent footballer who I expect to be massively under owned. On the other side of the field Esan Marsters $10,670 will be more popular, and is probably the safe play at centre. Michael Jennings $8,210 and Waqa Blake $7,780 are perhaps the most underpriced options. Jennings should attract some ownership coming off a monster score last week, so I’m going to prefer the GPP play in Blake. Moses Suli $8,390 is the wild thing if you want to go way off base and hope to catch a miracle.

HALF: Jake Clifford $10,150 appears to be the standout value here, and I don’t even think he’ll be all that popular. That’s a nice recipe for success. If you don’t like the sound of him then Mitchell Moses $14,600 is priced very fairly, and Shaun Johnson $14,560 could take advantage of no Townsend to increase his base stats. Both of them just need one big attacking play to get you the value you need. Dylan Brown $11,370 has been on fire, but he’s getting a little expensive now, so proceed with caution on him. I cannot get behind Daly Cherry-Evans $15,310 at that price, preferring the aforementioned Moses and Johnson.

HOK: Always one of the more interesting decisions on a slate, this one is no different. Jeff Robson $12,700 had a blinder off the bench last week, and is every chance to do it again. The guy is good, Jake Granville $8,990 sucks, but the price rise makes it a tougher call. If Reed Mahoney $12,600 is nearing full fitness he could be the pick of the bunch at a reduced price, and Danny Levi $10,280 has a decent 65 minute role that can get him to the 50 odd points you’ll need. I don’t really understand why Blayke Brailey $13,800 is the most expensive of the bench, and I think he is the least attractive of the lot for that reason alone.

FRF: Addin Fonua-Blake $13,300 has gotten cheaper, and I can see him coming to life this week after getting a game under his belt. Francis Molo $9,200 is the value option, coming into the team for Taumololo. I’m not sure what kind of minutes he can handle, but he only needs around 40 to be a great play. Reagan Campbell-Gillard $10,070 had a nice game last week, and he’s cheap enough that I’m happy to back him in again. His front row buddy Joseph Paulo $14,450 has gotten very expensive, and I don’t think he can continue his hot streak, so he’s a fade. Two out there punts that have some merit are Peni Terepo $7,800 and Bradin Hamlin-Uele $8,630. They both have the potential to get enough minutes off the bench to do some damage and win you a GPP at under 5% ownership.

Final Word: Maybe I’m wrong and the favourites get the job done easily in this game, but that is rarely how things go in the NRL. The level of competition on Draftstars has been fantastic so far, and there are only a couple of chances left to compete for these massive pools before the return of the AFL next week. Good luck with it!