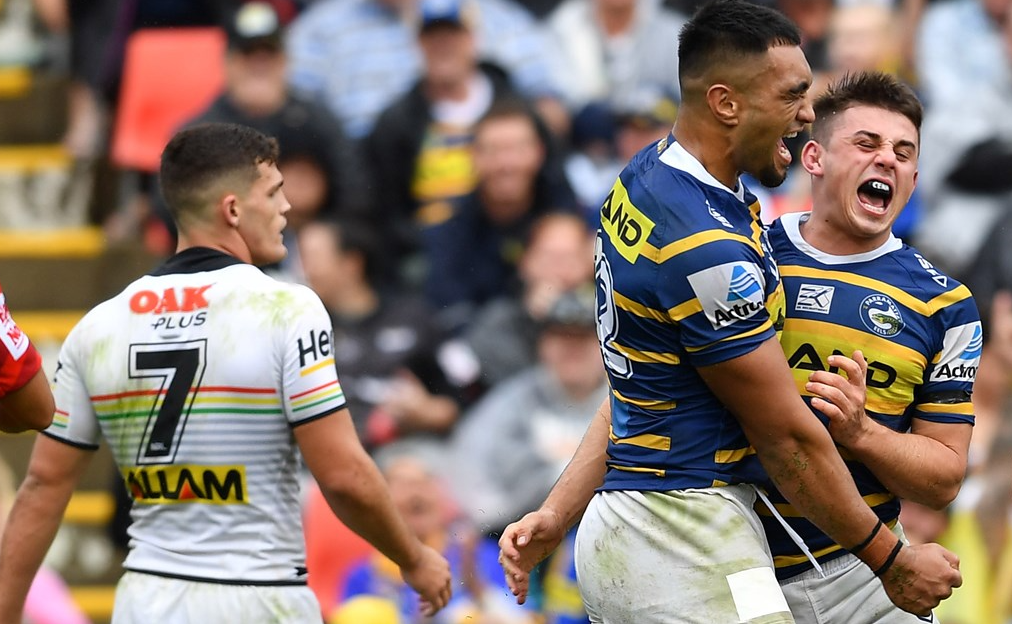 Friday's double-header of the NRL sees the Warriors “hosting” the Cowboys in Gosford along with a great matchup with the ladder leading Eels taking on the Panthers who currently sit in 3rd place on the ladder.

Draftstars is the home of NRL Daily Fantasy and provides multiple contests including the feature $10,000 contest between the Eels and the Panthers. A $3,000 contest is available for the 2-game slate and for the Warriors and Cowboys. If you are playing the double-header remember to utilise the “player-swap” feature if we receive a surprise when the final 17’s are released.

Currently for the Warriors, Isaiah Papali’i replaces Lachlan Burr in the starting pack although Peta Hiku could be an inclusion if he can overcome a rib injury. The Cowboys have some significant changes. Ben Hampton, Jake Granville (Hallelujah) and John Asiata are out with Hamiso Tabuai-Fidow on the wing, Reece Robson at Hooker and Coen Hess to the second row. Jason Taumalolo has been named as a reserve and is a chance to play.

For the Eels, Nathan Brown returns at lock with Marata Niukore to the bench. For the Panthers Nathan Cleary’s returns to half-back which pushes Matt Burton to the bench.

With a slight chance of showers, double check conditions along with final teams before kick off. The Warriors were brought back to earth last week with the loss against the Panthers and will go as underdogs against the Cowboys. The Cowboys were vulnerable last week against the Sharks but easily accounted for the win. The Eels look very strong but will face a tough test against the Panthers. On first look at the Draftstars salaries, it looks like Eels players are more than affordable and are the basis of 2-game slate builds.

WFB: Brian To’o $8,400 is a steal at his salary but also Clinton Gutherson $8,730 and the Eels wingers Blake Ferguson $8,640 and to some extent Marko Sivo $10,370. However we have the minimum for the Cowboys winger Hamiso Tabuai-Fidow $7,000 who can allow you to reach the salary of Valentine Holmes $13,300. Holmes is the most expensive on the slate but has the highest ceiling of the lot with the Warriors likely to leak points. Tough to trust Warriors backs but Roger Tuivasa-Sheck $12,740 is fine if you cannot get up to Holmes.

CTR: Very cheap lot these Centres so you can pretty much choose who you like from this limited buffet. As always Esan Marsters $9,940 is a rock solid play without scoring a ceiling score since the resumption. I will avoid Hayze Perham $8,400 in initial builds as he could be replaced by Peta Hiku $8,620 in the final teams. Stephen Crichton $8,100 releases the kicking duties to Nathan Cleary and we lose a few FP’s here. Michael Jennings $8,420 will garner a fair bit of ownership and Waqa Blake $7,340 is a low floor, high ceiling play.

HALF: You want to be paying up in this position with the quality of Nathan Cleary $14,900 and Mitchell Moses $14,260 but you can add a third option in Dylan Brown $13,230. His price has come up quite a bit, but with 66.7 fantasy points last week outscored Moses and also in Round 3. Brown is under serious consideration if the Eels continue rolling. Blake Green's $11,000 is a very solid option at his price and don’t sleep on Jarome Luai $9,100 but with Cleary back in the halves, I see his potential as limited.

2RF: Having Nathan Brown $11,800 return to the side is an interesting choice. His price is attractive but his minutes limit is not. With Niukore on the bench I’ll let him through to the keeper. Much prefer James Fisher-Harris $14,800 over Josh McGuire $14,800 at identical price points, but you can make a case to roster both of them in a 2RF/FRF spot. Ryan Matterson $14,380 is a very safe option at $500 cheaper and Kurt Capewell $13,500 backed up his 75 FP in Round 3 with a 55FP effort last week. Mitchell Dunn $8,600 remains cheap after his HIA and Gavin Cooper $9,730 is another cheap option if Coen Hess $13,000 faces to play once again.

HOK: There was regression with Reece Robson $12,800 after his two try performance in Round 3 but he now gets the start and only has young Reuben Cotter $7,000 on the bench. Reed Mahoney $12,000 is the only dummy-half without bench cover with a likely 80 minutes. Api Koroisau $14,800 has the highest ceiling but will find the Eels line much harder to navigate.

FRF: No real value options under $10K unless you love picking super sub Moses Leota $8,900. All options over $13K are very good with Junior Paulo $14,310 and Jamayne Taunoa-Brown $13,100 the highlights. Kane Evans $11,500 is a point per minute beast off the bench for the Eels. More excellent options from the Cowboys with Jordan McLean $11,000 and Francis Molo $10,800 representing fair value. Tough one here, so many good plays.