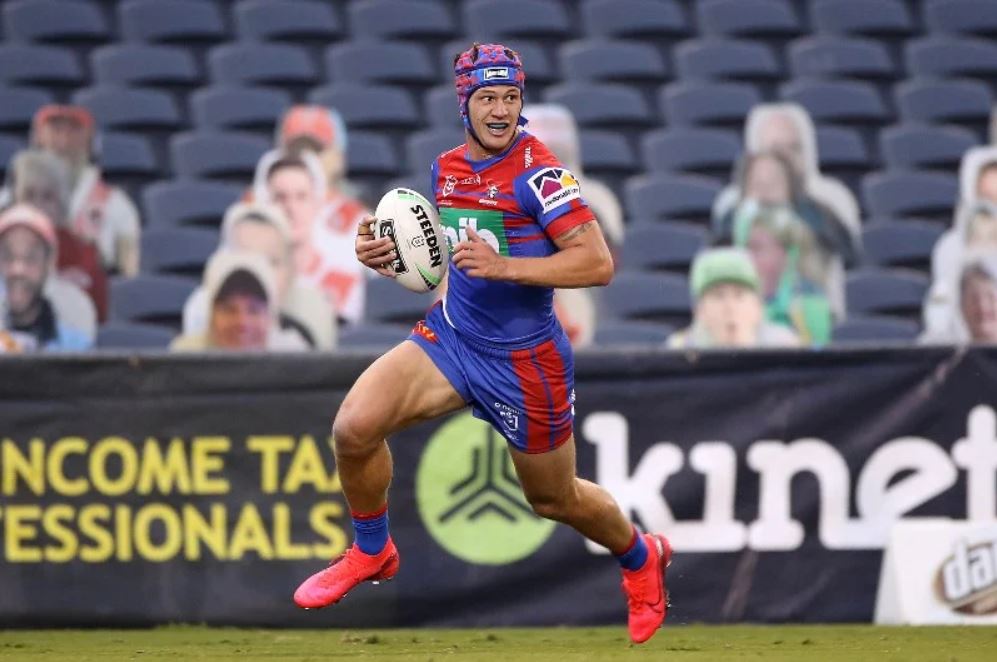 Round 6 of the NRL gets underway on Thursday night with our good Thursday night hook up the Brisbane Broncos travelling down to the Central Coast to take on the Newcastle Knights.

Draftstars continue to support NRL Daily Fantasy with over $75,000 in guaranteed prize pools over the round but tonight is the main feature with a $15,000 contest up for grabs.

New to Draftstars are the “casual contests” which means the higher end players of the site are restricted to play in these contests. A $2 mini contest is available for everyone apart from the restricted. A great move for new NRL Daily Fantasy Players looking to learn on the platform.

Lachlan Fitzgibbon returns for the Knights in the 2nd row forcing Aidan Guerra to the bench. Kotoni Staggs is out with a hamstring while Corey Oates returns to the wing. Alex Gleen and Tevita Pangai Jnr also return to the side to give the Broncos some experience in the pack.

I’ll try not to let my Knights bias get in the way for this one. The Broncos were better last week, and the return of a few first choice forwards can only help make this a close game. Despite a rough loss to the Storm last week, the Knights are looking strong and don’t give away many points under Adam O’Brien. This could be a tight tussle, but I still fancy a few overlaps to be available on the Broncos edges.

WFB: The fullbacks, Kalyn Ponga $13,700 and Jamayne Isaako $8,800, are the only trustworthy options here, and both are priced fairly. At first look I dismissed Edrick Lee $8,800, but he is lining up opposite a couple of rookies so is every chance to run in a try or three. If you need to save some salary to spend up elsewhere, I like Corey Oates $7,000 the most to inject himself in the middle a little more, and I don’t mind a punt on Herbie Farnworth $7,000 as someone that could score better at centre than he did on the wing.

CTR: Bradman Best $11,500 has been unbelievable so far, and now he gets to run at Croft, Farnworth and Coates. That is a steep enough price to bring the cheaper options into play, such as Darius Boyd $7,650 who hasn’t been as bad as you’d think this year (just poor instead of awful).

HALF: This is tough. My Knights bias has me leaning on Mitch Pearce $13,770, but I can’t really split the four options. Anthony Milford $12,350 and Brodie Croft $10,690 both had sub 10% ownership last week, it won’t be that low this week but Milford in particular should be low enough to take a punt that he comes back to life in this game.

2RF: There are plenty of options here as always, but I’m looking for a high ceiling play. The standouts are Lachlan Fitzgibbon $10,800 and Tevita Pangai $11,500, both good chances for 80 minutes and 50+ points. Sione Mata'utia $9,720 and Alex Glenn $9,690 are both cheap enough to consider if you need the salary relief.

HOK: Andrew McCullough $14,890 is now officially expensive, but against his old team I can easily see another 60+ point outing, and I think you have to pay up for him. The main thing putting me off Corey Paix $10,600 at this stage is the presence of Isaac Luke $8,500 in the reserves. If Luke doesn’t play, I’ll consider Paix in a few lineups.

Final Word: Should be a great Thursday night game. The majority of lineups will have a Knights bias, so I like the idea of jamming in one or two cheap Broncos backs. Good Luck!