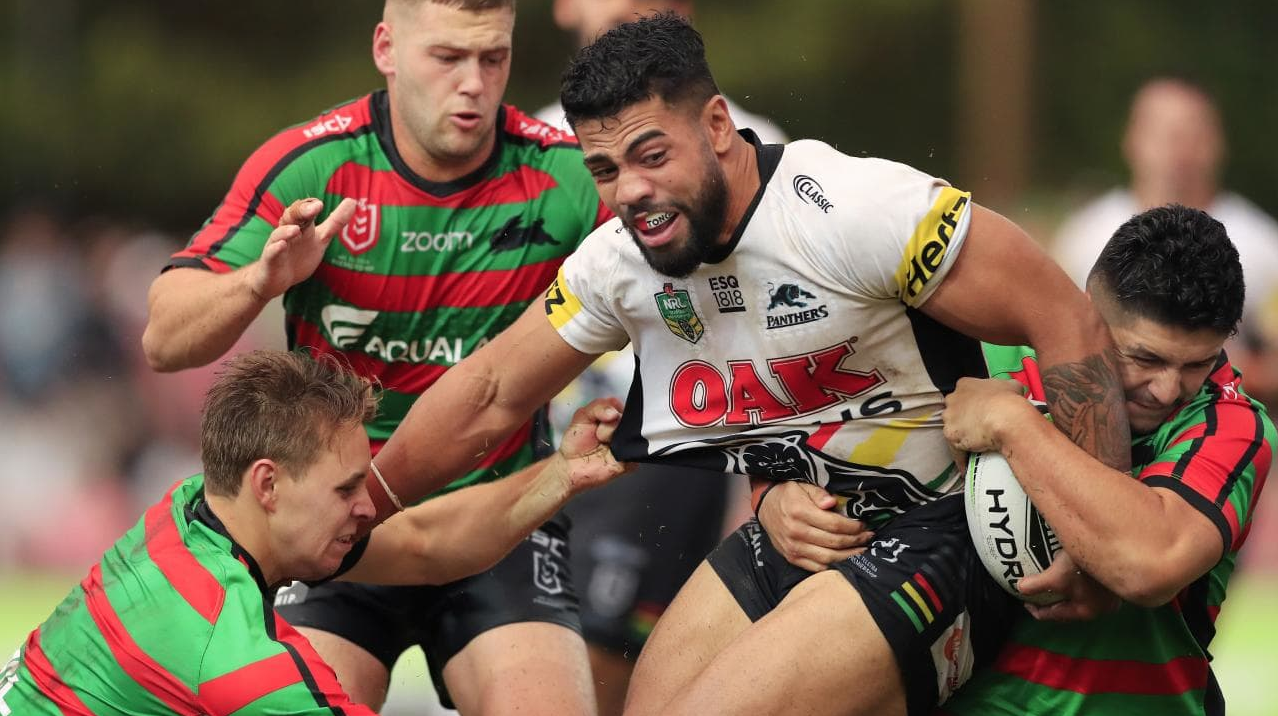 It’s time for round 7, anyone suffering from footy fatigue yet? Nope, me neither. We have a decent $15,000 contest to sink our teeth into on Draftstars, so lets begin.

Draftstars continue to support NRL Daily Fantasy with over $70,000+ in guaranteed prize pools over the round. New to Draftstars are the “casual contests” which means the higher end players of the site are restricted to play in these contests. A $2 mini contest is available for everyone apart from the restricted. A great move for new NRL Daily Fantasy Players looking to learn on the platform.

It’s hard to pick a winner in this game, so let’s focus on some of the more obvious value prospects and then get a little funky to build out some unique lineups around a solid core.

WFB: Latrell Mitchell's $11,800 putrid start to the season is now a distant memory, as he looks hungry and involved for an improving Rabbits team. Having said that, he is probably the only player at this position that isn’t too cheap. All three Panthers options (To’o $8,900, Mansour $8,800 and Edwards $8,600) are a good chance to hit value, and if I have to pick one to put up a slate-winning 50+ it would be Dylan Edwards in his second game back. The kid can play. Dane Gagai $7,560 and Alex Johnston $7,000 are both decent punt plays, but they lack the sheer workload of the Panthers wingers so I’m definitely less interested in them.

CTR: If James Roberts $8,500 remains on the bench coming into this game, that has to be a big worry for the prospects of Braidon Burns $8,360 getting the full 80 minutes. I love Burns' fantasy pedigree, but I’m definitely worried. Campbell Graham $9,220 is in great form and still cheap enough that I will be using him plenty. The most likely GPP winning option has to be Stephen Crichton $7,500, who is clearly a superstar but has the recent form numbers to turn a few people away (I could be overly optimistic).

HALF: Nathan Cleary $15,120 is the best scoring half in the NRL these days, because Jarome Luai $8,800 is just there to put on a fancy step and shovel the ball to Kikau. Having said that, Adam Reynolds $12,900 is too cheap for a very similar situation at the Rabbits, and I think this decision comes down to which team you think gets on top (especially because they are both the goal kickers). Cody Walker $11,800 is always a chance for a big night, but he’s just not my style.

2RF: Liam Martin $10,710 is on a mini-roll of 40+ scores, and I fully expect that to continue tonight. He’ll be very popular, so if you do want a pivot it looks to be Jayden Su’a $10,770, who has had a couple of quiet games and is cheap enough to consider for the bounce back. I never know what to do with Viliame Kikau $10,840, who has wild fluctuations in minutes and impact, as well as being fond of an injury. He’s also popular, so I prefer to fade him and then hide behind the couch every time he touches the ball in the hope that he doesn’t leave defenders everywhere on the way to a 30 point play. Isaah Yeo $15,290 can’t stop scoring 60, so if you can squeeze him in at a massive price there is no harm in that, but I prefer Cam Murray $14,000 a little cheaper and very due for a massive game in line with his ridiculous talent. Ethan Lowe $9,050 has burned me and many others for a few weeks now, but I still think he’s acceptable salary relief with 40+ potential.

FRF: James Tamou $10,500 and Tevita Tatola $11,240 are the cash style plays here, with both a little too cheap and unlikely to put up an absolute stinker. Liam Knight $10,210 is nearly in the same category, but his bench status should keep his ownership down and make him a good point of difference if he keeps up the recent run of 40+ point games. Thomas Burgess $11,080 has gotten a little expensive, but he has shown a new ability this year to score 50+ points now that he is the only one providing Burgess power to the Rabbits forward pack. Finally, James Fisher-Harris $14,100 has the biggest ceiling of the group, and after a couple of underwhelming weeks it might be the right time to back him in for the 60+ score we would need from him.

Final Word: As is often the case in close games, it is difficult to rule out many options entirely. Build some stacks for both teams just in case things do get one sided, but mostly this is a game to settle on a handful of value options that you trust and then look for some unique combinations to put around them. Cook, Reynolds and Martin will be the starting point of many of my own lineups. Good Luck!