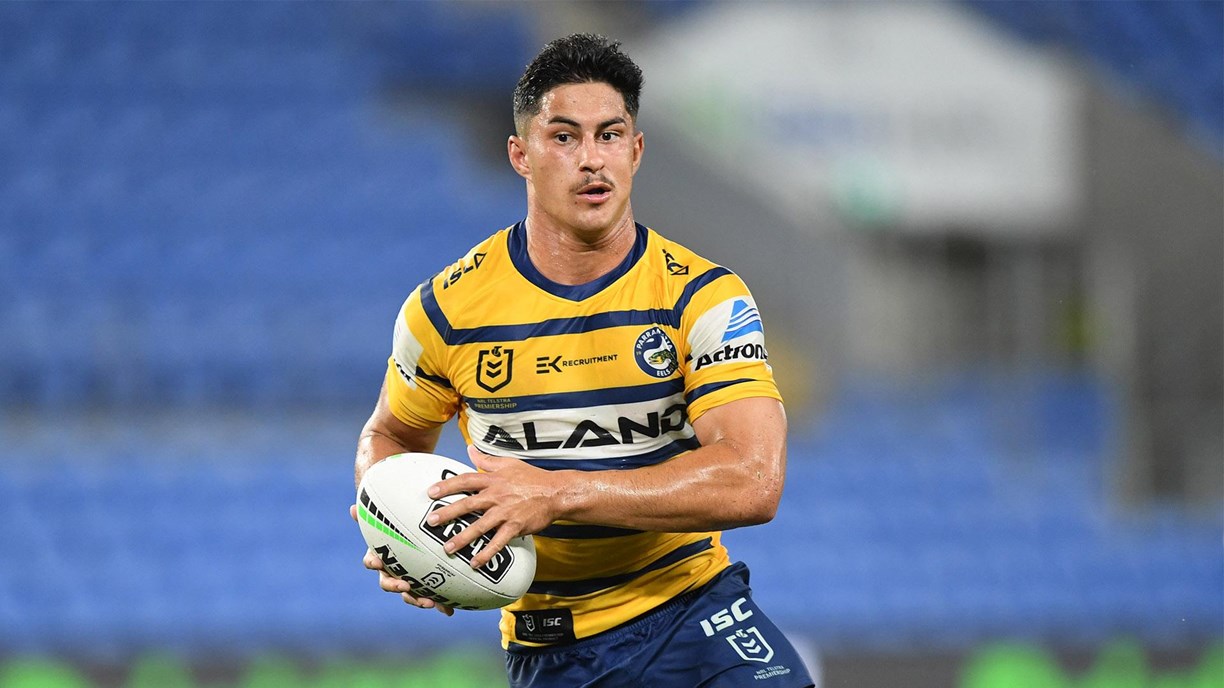 The action in the NRL continues on Friday with double-header action for Round 8. For Canberra fans, the Raiders are back at their home ground GIO stadium taking on the Dragons. The feature match is at Bankwest Stadium for the Eels and the Cowboys.

Canberra have been forced into a couple of changes in the back line with Bailey Simonsson at Wing and Michael Oldfield at centre. Joe Tapine is back for Corey Horsburgh who is out indefinitely.

St George are actually unchanged from last round. At the Eels, playmaker Mitchell Moses has a calf injury and is replaced by Jai Field. Valentine Holmes is in the initial Cowboys squad so keep an eye out if he makes the final 17.

Like Round 7, Friday night’s double header requires you to back in the favourites although with key injuries to the Raiders and Eels, it is not clear cut as it seems. Moses missing for the Eels puts a lot of pressure on Half back Dylan Brown, but playing at home makes him one of my favourite plays.

WFB: With Bailey Simonsson $7,000 back on the wing you cannot ignore his minimum price on Draftstars along with Michael Oldfield $7,000 who is WFB/CTR eligible. However Maika Sivo $9,100 is at a great price for his upside along with Blake Ferguson $8,750. Clint Gutherson’s price is pretty high in comparison and will get lowership but with plenty of cheap options, Eels stacks aren’t out of the question.

CTR: Zac Lomax $10,980 is the most consistent fantasy scoring centre in the league but playing that almost 11K price tag is tough with high upside players such as Michael Jennings $9,270 and Esan Marsters $8,670 on the slate. Jarrod Croker $8,530 hasn’t hit any fantasy highs this season but if you think he can run up a score against the Dragons, his goal kicking is in play. Justin O’Neill $7,400 is playing wing and Tom Opacic $7,920 at centre.

HALF: The keys to the Eels attack are now with Dylan Brown $14,170 which we see increase kick metres along with scoring potential. It is my favourite play on the slate and don’t mind playing the $14K for the privilege. Raiders halves duo of George Williams $14,150 and Jack Wighton $13,440 are one in the same price and form wise, but Williams is safe for double-ups & H2H’s whilst Wighton flashes ceiling. Do prefer Wighton here as the Raiders are the big favourites on the slate. Jake Clifford $11,230 single handley destroyed the Knights last round as is an okay option at $11K but I would be taking the favourites here.

2RF: Jason Taumalolo at $16,140 is almost a scary fade at that price. Just eating meters but his 30-35 tackles per game is not padding his score as much in the past. However at $160 more, Ryan Matterson $16,300 is a fantasy beast. 3 games in a row scoring 70+ with a try and 79.7 against the Raiders last week. Taumalolo will get name and cruncher recognition for sure but Matterson is a perfect pivot if you have the salary. Trent Merrin $9,800 is still cheap but I wish his minutes increase going forward. 30-35 minutes per game at a point a minute is a tease. If you are looking to balance, Raiders backrow of Joseph Tapine $12,590, Elliot Whitehead $11,150 and Hudson Young $11,790 are great options to mix and match. Whitehead has been fantastic with 65 & 70 FP performances in Round’s 6 and 7.

HOK: 4 legitimate 80 minute options today and they are all $12.5K plus. If you can get to Cameron McInnes $17,840 then you have done well and enjoy the 65+ score that McInnes brings, but that $17K is tough. Target the team that you believe will win their respective match. For me Josh Hodgson $12,680 is my pick at that cheaper price.

FRF: More higher priced options here and with the lack of value before final teams, decisions need to be made. Blake Lawrie $10,850 and Reagan Campbell-Gillard $10,800 fall into this category. With all going well these players will get you the 35-45 fantasy points but don’t have much upside from that. Whereas options such as Josh Papalii $14,800, Junior Paulo $14,000, Paul Vaughan $14,500 and Josh McGuire $14,000 can go 55-65+. If you are looking at the bench, Emre Guler $8,890 played big minutes and scored well against the Eels and Josh Kerr $10,500 will be under 2% at his price tag. Jordan McLean was ruled out of the Cowboys side, which brings in Francis Molo $8,910. Finally some salary relief! Molo is a great play at value.

I can see the majority of the lineups now, cheap backs with a quality Half, Hooker and 2RF. But with the lack of value options in the forwards as we stand, look to mix and match pieces of your lineups to differentiate yourself from the field.