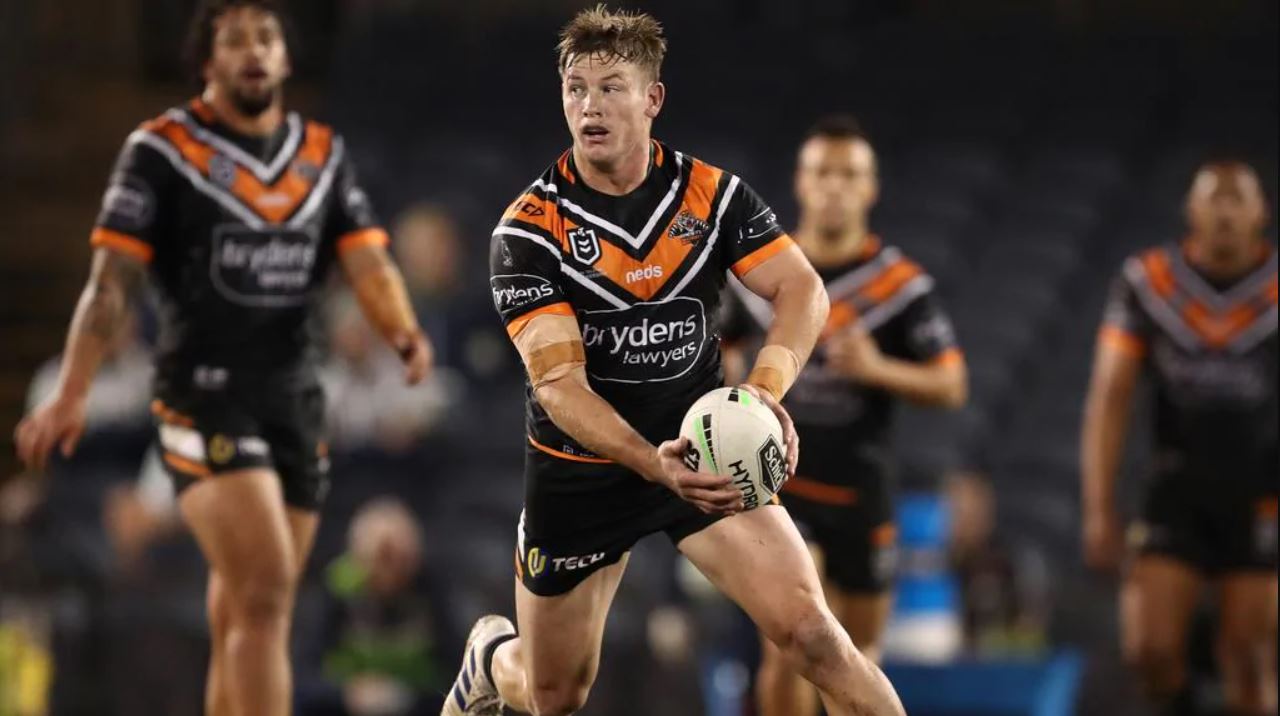 The best slate of the week is back again. I recommend everyone has a go at crunching as many lineups as you can for the 50 cent micro contests, because last week they didn’t even half fill and there was overlay galore. Today's Draftstars contests include:

Three very similar games according to the bookies, with the away teams all handy favourites. I don’t feel confident betting on any of those favourites though, which means lots of opportunity for some contrarian stacks and left-field options.

WFB: If you feel like trusting the Broncos, the likes of Xavier Coates, Tesi Niu and Herbie Farnworth are all cheap enough to be good salary saving plays, just don’t go too crazy on any of them. A much safer option is Josh Mansour, who’s scores have been sliding downhill in recent weeks but are very due to head north again. Matt Moylan is a strong chance to get involved in some attacking stats against the Titans, and despite the massive price you need to have some shares of Sione Katoa who is on fire at the moment.

CTR: Stephen Crichton remains cheap even after a solid performance last week, and I’m ready to fire him up again. Moses Mbye is another centre in some nice form, with the goal kicking bonus and a cheap price. Yes please. Both Sharks centres have nice ceilings in this matchup, and Jesse Ramien looked like he found himself again last week. Being the most expensive centre might help him go underowned. The best unique option I can see is Peta Hiku, although with a move to fullback he might more popular than I had hoped. Who knows what the Broncos are going to serve up, and if the Warriors happen to come out hot he is one player who can definitely take advantage of it.

HALF: This is definitely the last time I write about Anthony Milford. The guy just has to do something soon doesn’t he? The whole team does, and after the warriors conceded 50 to the Storm last week, now is not the right time to give up on him. Shaun Johnson and Nathan Cleary are the dominant halves for the other two favourites, and unlike Milford they’ve been scoring plenty of points lately. Jam both in as much as you can. Although I’m interested in some Warriors stacks, I’ll be ignoring Blake Green as Kodi Nikorima is much cheaper and has a much better ceiling.

2RF: Things are wide open at this position today. The group of cheap options around the 10K mark are tough to split, with Jack Murchie, Bryce Cartwright, Luke Garner and even Liam Martin all capable of pushing 50 on their day. Personally I have a big weakness for the Carty Party, who is both the softest player in the NRL and a dynamite fantasy scorer on his day. Garner showed some form last week, so I’ll be looking to him also. Wade Graham has been average so far this season, but this seems like a game where the Sharks could get on top and he could rack up plenty of attacking stats. Isaah Yeo and Tohu Harris have swapped prices, so I have to switch my positions and say that I’ll be playing plenty of Yeo and very little of Tohu on this slate. I also have to fade Josh Aloiai again, because he’s barely scored 50 points in a game ever before this run of 5 games in a row, but I certainly can’t see him getting the 60+ he’s need at that massive price.

HOK: Harry Grant is the hottest player int he game right now, averaging 70 points in his first 5 games. He should be very popular if people can fit him in. Although Isaac Luke and Blayke Brailey both had good scores last week, I think both are a little too expensive and I have to say that the only other hooker I’m interested in is Api Koroisau, who has possibly a higher ceiling than Grant and is a little cheaper. Sadly you’ll just have to spend up at hooker today.

FRF: Thankfully there is a little salary relief on offer here, in the form of Thomas Flegler. It’s not official yet, but he’s in line to start with Matt Lodge out, and he flourished in the same role at the start of the season. Jaimin Joliffe is another cheap option, but he struggled for minutes last week in the same role and is far less trustworthy. For some reason James Fisher-Harris is the same price every week. The guy is an underrated footballer and I think he’s a good chance to put up a massive score against a weakened Tigers forward pack. If you want to be brave you could try Keegan Hipgrave after a nice score last week, but he is a missed tackle machine and needs plenty of luck to get the 40+ points you need.

Final Word: Like I said, the micro contest is an amazing chance to test out your multi entry skills, and to have a go at building some unique stacks. The cruncher takes a bit of mastering (I’m still not there), but it gets easier each time you try it. Good Luck!