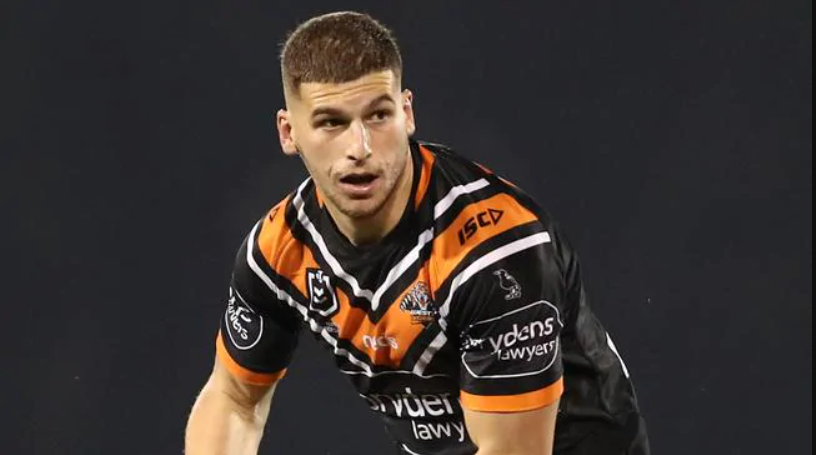 The action in the NRL continues on Friday with double-header action for Round 9. The two games kick off at 1800 AEST on Friday with the Titans hosting the Warriors on the Gold Coast then followed by the featured match between the 9th placed Rabbitohs taking on the 8th placed Tigers.

As with every week, the Titans make more changes than PM spills but the relevant team news is that Corey Thompson is at Full Back, Treymain Spry debuts on the wing. Erin Clark starts at Hooker and Sam Stone goes to the 2RF pushing Beau Fermor to the Centre.

For the Warriors, Roger Tuivasa-Sheck is back at FB pushing Peta Hiku back to centre. Chanel Harris-Tavita will play in the halves after Kodi Nikorima did not get up from his head-knock (read steamed rolled) last week.

The Rabbitohs lost Braidon Burns to a season ending knee injury but overwise are 1-13 from last week's win against the Bulldogs.

Michael Chee-Kam is in at centre after Joey Leilua’s suspension from that spiteful clash against the Panthers. Keep an eye out on news from Luciano Leilua who suffered a nasty knock last week. Tommy Talau is also ruled out of this match with a hamstring. Reece Hoffman will play on the wing for the Tigers.

Nice to have a double-header where you can make a case for all four teams, so therefore ownership will spread. Titans always seem to be very low owned in slates but they have a great chance against the Warriors. However, the Rabbitohs are the warmer favourite on the slate and expect some ownership to come their way.

WFB: Both the Titans and the Warriors have given up a stack of points this season, without scoring much themselves. However Ken Maumalo $10,150 had a field day against the Broncos with 10 TB’s and 2 Tries and must be considered here. Roger Tuivasa-Sheck $13,100 will be fresh from the week off and will enjoy the porous Titan’s defence. I never like playing him but Anthony Don $8,200 has been super strong scoring 97.6 fantasy points in his last two games. If there was ever a time to continue, it is the Warriors… As for the 2nd game, Adam Doueihi $8,520 is currently second in the league for run back meters and is favourably priced against other Full Backs. Dane Gagai $7,530 is hit or miss but at $7,530 I can take a risk on him. If you had the cash, David Nofoaluma $12,800 is one to pay up for as his floor just from Tackle Breaks alone makes him a good cash play.

CTR: James Roberts $8,460 return to the starting team and returned a pretty decent score, mind you he got the early shower but needed to return after the Burns Knee injury. Will get the full 80 minutes this week and look to build 2nd up. David Fusitu’a $7,000 is CTR eligible and is good to plug in at minimum salary but if salary is available then Campbell Graham $10,580 has average 45 fantasy points in his last 5 games. Can’t trust what the Titans are doing with Bryce Cartwright $10,570 and Beau Fermor $9,000 in the Centres and I will leave those two alone.

HALF: Chanel Harris-Tavita $9,000 returns to the halves after playing Round 1 and 2 before the shutdown. He scores 39 and 22 fantasy points in those two games and I will expect him to score around that 25-35 point mark. I have more interest in Adam Reynolds $13,820 whose price is slowly creeping back up after a form slump in June. 4 50+ fantasy scores in a row and that's what you want from a premium half back. His colleague Cody Walker $12,000 is also one to look at that. If you are going Titans stacks then Jamal Fogarty $11,640 will be very low owned.

HOK: Let’s be honest here, it is either Damien Cook $15,800 or Harry Grant $15,300. Both are playing fantastic fantasy footy and you need either of these two in your team. Erin Clark $12,670 is just too expensive and Wayde Egan $10,800 is just acceptable at his salary. Pick either Cook or Grant when starting your teams.

FRF: Moeaki Fotuaika $15,120 is pretty expensive but his 55+ scores since the resumption gives him a very high floor but I do like value options in Jaimin Jolliffe $11,300 and Jamayne Taunoa-Brown $9,100

It’s tough to have a mindset of taking on Titans players when they are fantasy irrelevant in the past but they may be the keys to success on Friday.