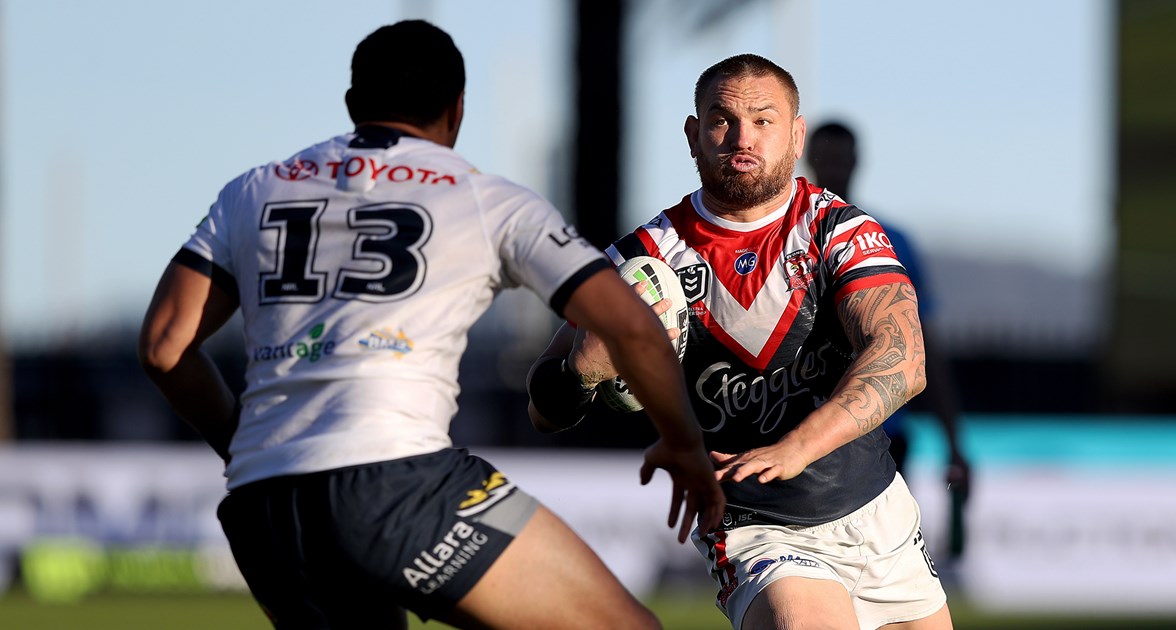 Thursday NRL is back for Daily Fantasy contests in Round 9 with the Sydney Roosters (who lost in an epic game against the Storm) up against the hapless North Queensland Cowboys who are struggling to gain consistency on the park and in team make-up.

This slate looks to be very clear cut, with the Roosters very big favourites and enough good value available to afford some of the safer big scorers on the board. The Cowboys just got destroyed by the Eels, and have started making some much needed changes that look good on paper but are unlikely to be enough to stop a dominant Roosters outfit. The Roosters lose Boyd Cordner and Daniel Tupou, but two quality veterans in Mitch Aubusson and Ryan Hall to easily fill those voids. Let's get into some options at each position.

WFB: James Tedesco $15,500 is usually very involved in any big Roosters wins, so he is likely to be a priority for most lineups on the slate. Brett Morris $9,800 is the same price he was last week when I thought he was too expensive and he subsequently pumped out another huge score. It’s going to stop one of these weeks, but an expected big win is this not the right time to fade him completely. Having said that, I’m more interested in the cheaper Ryan Hall $8,000 who can also score well and allows us to afford some better players in other positions. The only Cowboys player I have any real interest in is Hamiso Tabuai-Fidow $7,000, who is back in the team at fullback and at minimum price could do enough to hit the necessary 35+ score.

CTR: Mitch Aubusson $9,500 starting in the second row and very likely to play 80 minutes is almost a lock, but we do need to respect the Roosters centres and the big ceilings they possess in this game. Aubusson should give a safe 45, while Josh Morris $8,800 and Joey Manu $8,900 can both score 60 if they get across the line multiple times. I’ll be very surprised if Esan Marsters $8,000 gets enough opportunity to be the best scorer at this position, but he’s worth thinking about at least if you do want to be contrarian.

HALF: Kyle Flanagan $14,450 is having an amazing season, with 5 straight games of 57+ and nothing under 45. There is no reason that streak should come to an end tonight. Luke Keary $12,650 has also been going great, so sticking with the theme of the article so far I have to say that looking at the Cowboys options is almost pointless on this slate. As each of Scott Drinkwater $9,000 and Jake Clifford $9,800 would need 45-50 points to be a winning pick, and it’s just not very likely to happen.

2RF: Now we can start to consider a Cowboy or two, with lots of tackles to be made (and missed) in this game. I love cheap starting 2RFs, so Shane Wright $8,600 looks great to me. He can easily get 40+. If you don’t use Aubusson at centre, he’s also very useful here. Nat Butcher $10,600 made me sweat last week but he ended up with a nice 48, and I fully expect similar in this one. Coen Hess $10,800 had a down week, but he’s been pretty good this year and needs to be respected. I just don’t think he’ll outdo the slightly cheaper options. At the top of the board we have Angus Crichton $15,500 and Jason Taumololo $16,100. Both are in good form, but we want a 70+ score at those prices and we’re more likely to get it from Crichton if he can crash over the line at some point.

FRF: Francis Molo $8,970 and Lindsay Collins $9,600 are the value options, and both need 40+ points to get there. Molo has the lower floor of the two, but also has the benefit of starting. Collins has had a couple of games this year where he got extra minutes in a blowout, and I could see that happening again towards the end of this one. Jared Waerea-Hargreaves $12,300 and Siosiua Taukeiaho $12,900 have both been erratic this year due to injury and reduced minutes in blowouts, but at least one of them should be in for a big night here. I like JWH at the slightly cheaper price, as Taukeiaho has been more recently injured and could get the extra rest. Josh McGuire $13,300 is probably safer than both of them, with a floor around 45-50 points and needing to make plenty of tackles tonight.

Final Word: Roosters stacks with a couple of Cowboys forwards is likely to be the flavour of the day. That doesn’t mean that it’s impossible to be different, you’ll just need to get a little creative. Good luck!