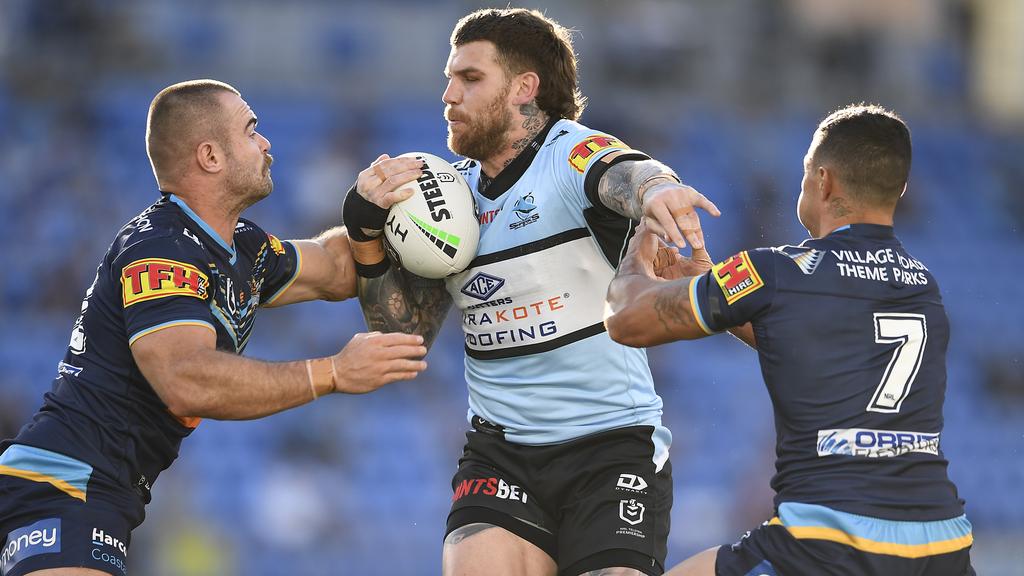 Yet another intriguing Saturday slate to sink our teeth into this week. Both early games have a decent favourite, but neither team will be chalking it up as victory just yet. Let’s get stuck into the Draftstars slate so we can look to be on top of the leaderboard. Today's Draftstars contests include:

The Sharks have shown they are a dangerous, and in my opinion underrated team. The Broncos have been truly awful, so who knows if they will turn it around sufficiently to ward of a Bulldogs team that at least has a go each week. Finally, the Raiders welcome the Storm to freezing Canberra for what is generally a great matchup, but is unlikely to be as high scoring as the earlier games.

WFB: The first game has a slightly higher total, and that brings us to Josh Mansour and Brent Naden, who are both a little under-priced for what they can produce. Mansour is the safer play, but safe does not win a whole lot of GPPs. Most of the Broncos backs have risen in price, but Jamayne Isaako and Tesi Niu are cheap enough to catch my eye. Isaako in particular has been ordinary, but I like the idea of getting on him this week before anyone else does. If you do fancy a few points in the last game of the day, then Nick Cotric and Ryan Papenhuyzen are both priced nicely and have the highest ceilings for their respective teams. Sione Katoa and Paul Momirovski might catch some eyes with 50 average in the form column, but I’m happy to pass at these prices as regression is coming.

CTR: Jesse Ramien has found some form recently, but this week I think it’s Josh Dugan’s turn. Playing fullback and very cheap, what could go wrong? (Injury could go wrong, so don’t lock him into every line-up). Stephen Crichton is still cheap enough for a player of his enormous talent. Other than that, it’s a lot of options that don’t inspire confidence as anything other than a punt play. Boyd, Farnworth, Smith and Croker are the names I think can pay off their prices if things fall their way.

HALF: Nathan Cleary is a fantasy machine this year, and there is no reason he won’t do it again this week. He is a little expensive though, so if you need to save some salary I’m always ready to endorse Anthony Milford (I’ll have to be right one of these days), and Brodie Croft also has a nice ceiling if the Broncos do indeed turn things around. Jarome Luai was amazing last week, but I’ll be trusting that the fantasy gods will come at him with some nice regression to his 35-40 scores.

2RF: The top of the pricing has 4 guys that are nearly impossible to split. All of Yeo, Carrigan, Fisher-Harris and Papalii can give us a 70+, so it’s best just to sprinkle them through your lineups as they fit. Wade Graham and Kenny Bromwich are two second rowers that have fallen from fantasy football grace this season. I’ve been playing them both in the hopes they’ll turn it around, and Graham in particular has a decent opportunity to do so today. Liam Martin is still very cheap for a starting player, but his scoring is volatile so proceed with caution. Deciding what to do with Luke Thompson is one of the biggest decision on the slate. He’s a gun, and the Dogs are desperate, so I’m inclined to believe that he goes straight into playing some decent minutes and that he’s just way too cheap at $11,000.

HOK: I’ll be trying to limit my choices to Cameron Smith and Api Koroisau as much as I can here, with both in good matchups for their skillsets and owning big ceilings. If necessary, Blayke Brailey and Jeremy Marshall-King are both capable of scoring the 50-60 scores needed at their salaries, particularly Brailey as he showed last week. Isaac Luke and Josh Hodgson both seem to lack the ceiling I am looking for at those prices, so both go in the fade category for me.

FRF: Carrigan, Fisher-Harris and Papalii are all options here too, and you can add Aiden Tolman to the high priced plays that are hard to separate. Aaron Woods and Dylan Napa are both reliable options at cheap prices, but I don’t think either has the ceiling to do any damage in these matchups. Instead I would try to find a little more salary for Tevita Pangai Jr, who showed last week that if he’s on, he can score points very quickly.

Final Word: We’re getting far enough into the season to have a fair idea of who is playing the most important roles one each team and has the best chance to put up a ceiling score. I’ll be looking to trim down my player pool a little more than I have in recent weeks, with most of the options mentioned above. There is also a bit of weather around this weekend, so check that out closer to the start of each game as a wet game can really reduce the fantasy scoring potential of those playing. Good Luck!