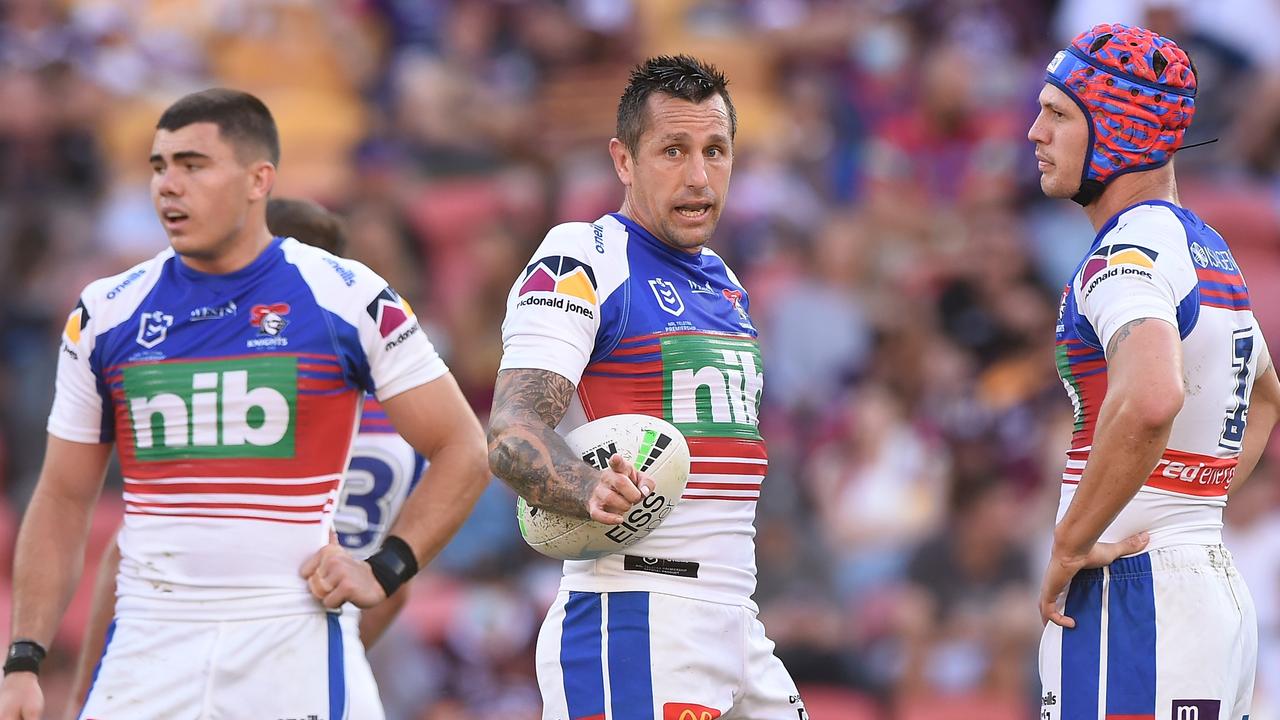 Outside of the Grand Final which will be held on a Sunday, the NRL Finals continue with a stand alone Elimination Final between the Parramatta Eels and the Newcastle Knights. The Eels season has spluttered in the last month and now face the challenge of winning 4 in a row to lift the trophy. The Knights who also had their issues throughout the season now get a chance to advance to the semis against a team low on confidence.

Draftstars is the home of NRL Daily Fantasy and with no other sport on Sunday, a $20,000 contest is available for this match. A $2,000 mini and $3,000 High Roller is also available.

Rockhampton - Warm day in Rocky, no issues at all for this afternoon game.

Like other teams before them, the Eels produced the Wentworthville Magpies last week for Round 25 but alas the actual Eels side returns. However there are some interesting selections including Ryan Matterson in the reserves and Isaiah Papali’i on the bench. Not sure Brad Arthur is playing with us but that’s two fantasy studs not getting full run. Tom Opacic was also named in the reserves as he has been playing the majority of the season in the centres. Joey Lussick is out with a calf strain so Ray Stone moves from Lock to play at Hooker.

For the Knights, both David Klemmer and Daniel Saifiti got through the week and are on track to play. Sausao Sue could be a late out as he tries to overcome a hamstring complaint.

I am not really sure there are plenty of points in this one, both sides are running with make-shift backlines although their halves can dictate through their kicking games. The fantasy production I believe will come via the forwards as both forward packs can go big from simply tackles and run metres. If you believe that the Eels are simply too good here then build accordingly but I reckon this one will be a tussle for the full 80.

Stone who did play Lock last week has been selected to play at dummy-half and we find him pretty cheap. He will not play the full 80 minutes with Will Smith on the bench but I believe we get enough game time to achieve 40+ tackles and hopefully some dart runs. The flexibility of dual position means you can also go the double hooker stack with either Jayden Brailey or the triple with Connor Watson!

Young Penisini has kept Tom Opacic out of the side so the Eels are backing him in an Elimination final. We find Will at the minimum and has shown a consistent 30 fantasy point average through his limited game time. There are other $7k players in Haze Dunster and Hymel Hunt in the backs and a sprinkling of either of these three are fine, especially in the CTR position. Not really much between them but I see more dud scores for both Dunster and Hunt than gold here.

Like the Eels, Brown’s form has fallen off a cliff as the Eels have been spending more time behind their tryline than on the attack. Hence the price has fallen under $11k and now is the time to jump back on the cart. With Matterson and to some extent Papali’i not starting, this creates opportunity for Brown to become more involved in attack whilst still racking up the defence stats. The Knights 2RF options are a bit too expensive for me when we have cheaper Eels begging to be picked.

Yep there is a theme here, Eels players are cheap and Gutherson is one of the better ones to add into your lineups. Albeit a chalky selection, Gutho needs to reclaim his form if the Eels are going to be successful in an elimination and we can all see that he has 50+ fantasy point upside. If you think the Eels are no good then you can have some leverage on the field via Knights stacks but a cheap Gutho is too good to ignore.

I could have lobbed Connor Watson and Mitchell Barnett in this spot, but I would rather take the big game experience of Frizell to lead this Knights pack. Great floor with ceiling upside and at a price that is comfortable to fit in with a high priced halfback. His last 6 games has produced a 50FP average and regularly plays 80 minutes on the bench. Watson will likely be more owned so I can roster Frizell with confidence. 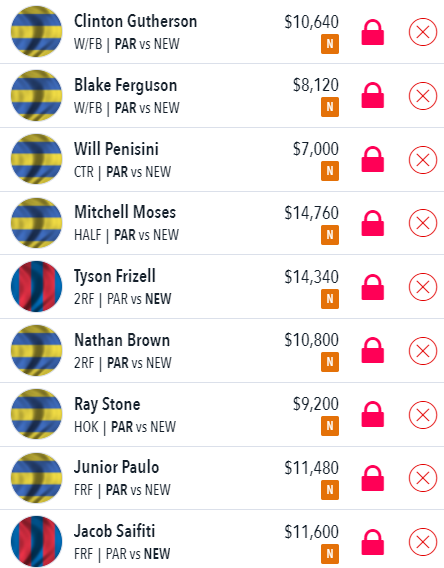