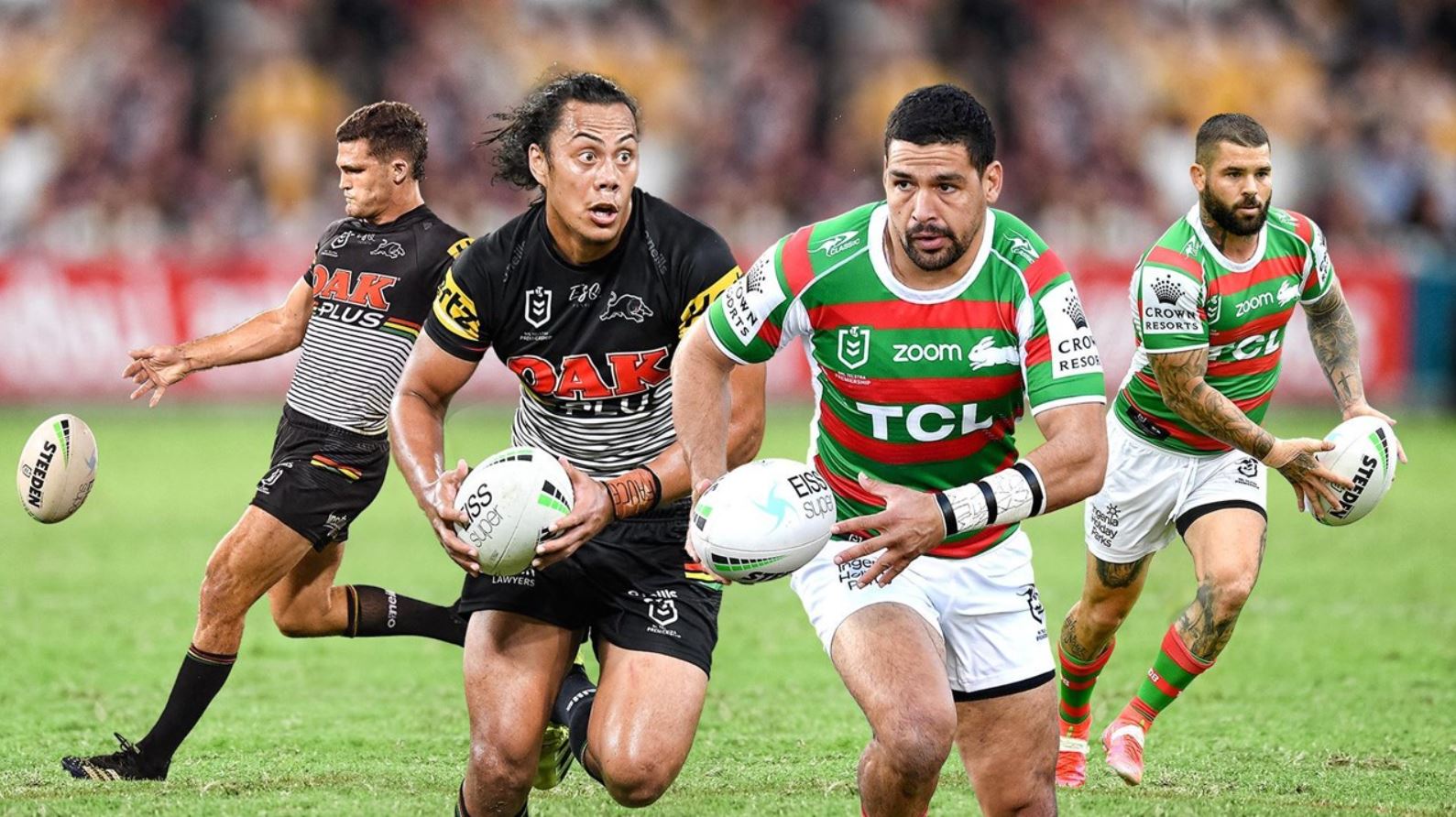 Week 1 of the NRL finals continues today with a tasty Townsville double-header. Game 1 features the Sydney Roosters (5th) against the Gold Coast Titans (8th), with both teams coming off nice wins last week. Game 2 is perhaps the game of the weekend, with the Penrith Panthers (2nd) facing the South Sydney Rabbitohs (3rd) for a preliminary finals berth. The teams played only 3 weeks ago with the Panthers getting a 25-12 win.

The Roosters get three players back from injury/suspension, bolstering their forward pack. Jared Waerea-Hargreaves (prop), Victor Radley (lock) and Fletcher Baker (bench) come into the lineup, with Ban Marschke, Tuka Hau Tapuha and Naufahu Whyte are the players out of the team. Egan Butcher and Isaac Liu drop back to the bench.

The Titans only have one change, with Kevin Proctor fit to play, replacing Sam McIntyre in the second row. David Fifita will continue to start from the bench.

The Panthers have reshuffled their bench, with Mitch Kenny and Spencer Leniu named to play in place of Scott Sorensen and Tyrone May. The team is back at full strength and has regained all the form that was lost after the Origin period. UPDATE: Dylan Edwards won't play due to a foot injury with Stephen Crichton moving to fullback and Charlie Staines now on the wing.

The Rabbitohs have a large group of stars returning after being rested last week. In come Alex Johnston, Dane Gagai, Cody Walker, Adam Reynolds, Damien Cook, Kaeon Koloamatangi, Cameron Murray, Jai Arrow and Tom Burgess. With the exception of Latrell Mitchell, they are essentially at full strength. The return of several quality forwards may put a squeeze on the minutes of someone like Jaydn Su’a.

While the favourites are clear in both games, an upset would not be shocking in either situation. The Roosters are still missing a lot of injured players, and the Titans have regained most of theirs and have a little momentum. The Panthers are back to looking unbeatable, but the Rabbitohs are an elite team and can’t be written off.

Thanks to the recent struggles of the Panthers team, several of their players are far cheaper than their usual price. Capewell is one such player, with a combination of injury, resting and role changes leading to an average of just 32 in the 9 games since his Origin involvement. He’s now back in his starting role and has every opportunity to beat this really low price point. With four forwards on the bench there is no guarantee that he gets a full allocation of minutes, but he should be able to pay off this price tag regardless.

Similar to Capewell, Koroisau went through some lean patches this season with injuries and role reductions. He’s back at full steam when it matters, with a big 75 point outing last week and 4 straight games with at least 68 minutes. Last season he averaged 60 points when locked into an 80-minute role, and I think it’s fair to expect something similar in the finals. I’ll happily take the discount to Damien Cook.

At the risk of sounding like a broken record, here is another player who is too cheap after injury/role changes have led to an average of 28 in his last 6 games. The main problem is that his teammates can’t stop picking up injuries, and he is often asked to move to centre during a game where his scoring drops off a cliff. With the Roosters favoured to win against a sometimes leaky Titans defence, I think this is a great spot to be on board when things start going his way again.

Like a lot of elite wingers in the current NRL landscape (frequent blowouts), Johnston has turned into a quality fantasy prospect through sheer weight of tries. In his last 8 games he has scored 3 doubles and 4 hat tricks. Insanity! He’s averaged 56 points in that time and is now rather expensive. With the tough matchup against the Panthers, I think it’s unlikely that he can repeat that kind of performance, so I’ll be looking elsewhere at WFB.

I’ve been burned two weeks in a row by betting against TPJ, mostly because he’s managed to score a try in both his outings for the Panthers so far. He’s getting about 30 minutes off the bench and should be scoring low 30’s points without those big scoring plays. I’m going to shoot for 3rd time lucky and hope that he reverts to a more normal score, especially given that his ownership has been rather high so far (around 35%).

The Titans are an enigmatic team, and Peachey is an enigmatic player. With his shift to five-eight late in the season, he’s yet to put up a good score, but he does have some history of 40+ scoring at the position in previous seasons. If the team can put on a good performance against the banged-up Roosters, then Peachey is a player that could execute some big plays. With his HLF/2RF eligibility a bonus, Peachey looks like a unique option that could be paired with a couple of Titans teammates to take advantage of an upset. 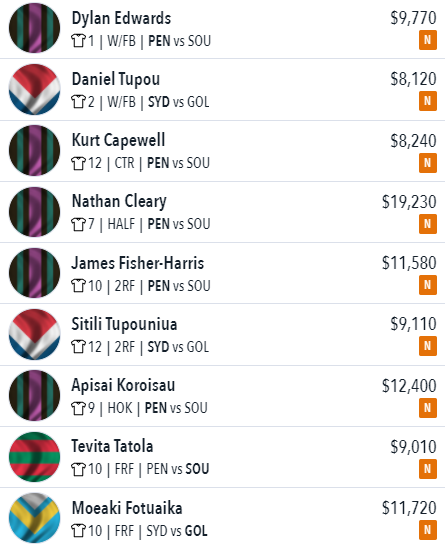