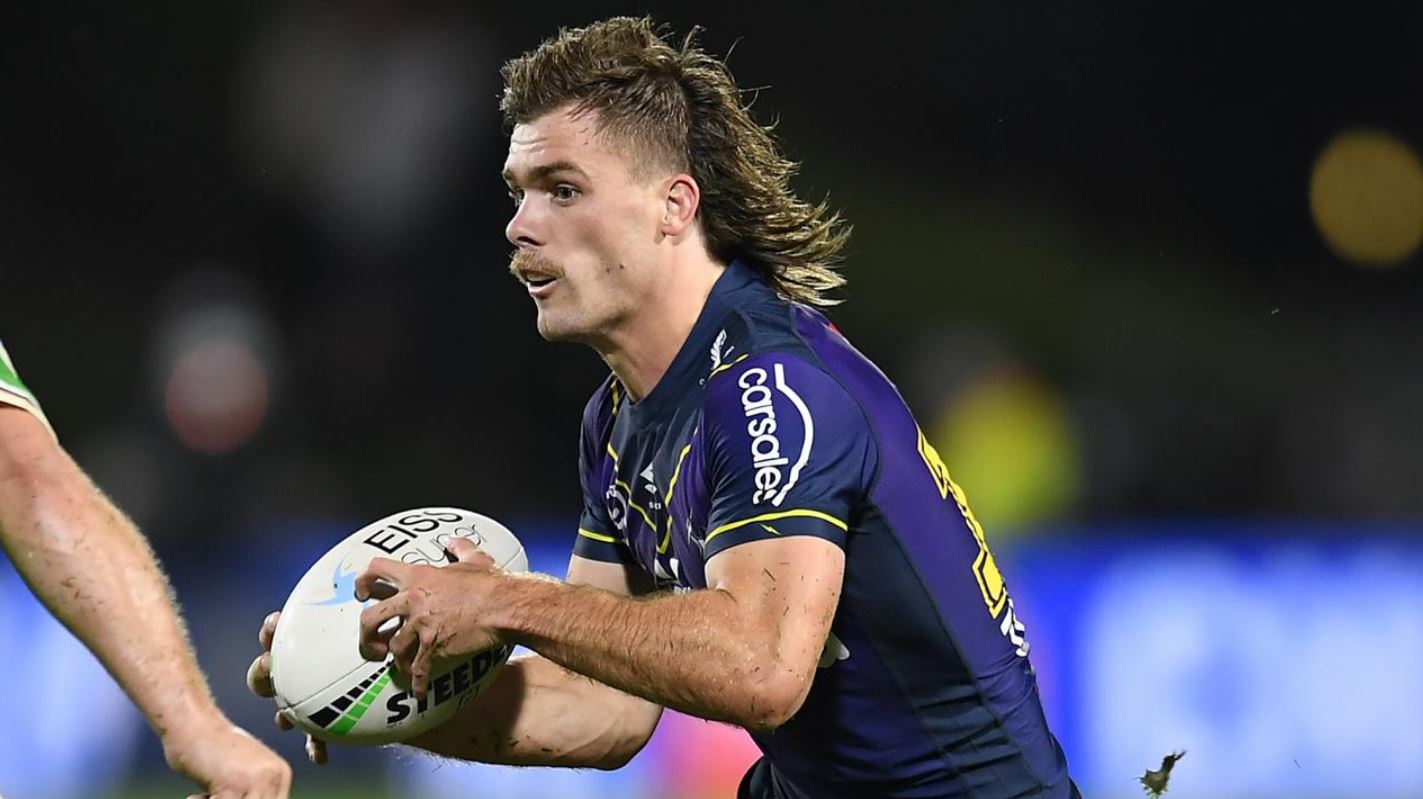 Well, that was fun. The final makeup of the top 8 came down to the second last game of the regular season. Now we have the mouth-watering prospect of 9 quality games of finals footy to crown the 2021 premiers. First up is the meeting of two of the best teams of the season, with reigning premiers Melbourne Storm (1st) facing the equally dangerous Manly Sea Eagles (4th) on the Sunshine Coast. These teams last met in round 21, with the Storm prevailing 28-18 in an arm wrestle. With a preliminary final berth on the line, we can expect a bruising encounter between teams that have given us some classic (and violent) matches in the last decade or so.

Draftstars has a $15,000 contest with $1,133 to first place. There are also several other contests including the Mini, Micro, and various cash games.

The Storm get back several players that were rested last week. They include George Jennings, Reimis Smith, Cameron Munster, Jesse Bromwich, Christian Welch, Felise Kaufusi and Kenny Bromwich. All resume their normal roles in the starting 13. I won’t bother naming the backups that go out of the team, but I will mention that Josh Addo-Carr is the sole first choice player not available due to a hamstring injury. Cameron Munster and George Jennings are both in some doubt with knee complaints.

Manly only have one change after another easy win last week, with Josh Aloiai replacing Toafofoa Sipley at prop. Like the Storm they essentially have their preferred starting 17 available.

With two strong lineups, the fitness of Jennings, and in particular Munster could be very important. Even if they’re close to 100%, I give Manly a better chance than the odds suggest, which has more to do with the irresistible form of Tom Trbojevic than anything else. It’s unlikely we see a big blowout, so some fairly balanced lineups should be the order of the day.

The diminutive Melbourne fullback has well and truly recaptured some form after losing much of the season to a serious concussion. Last week’s hat trick (and 99 points) will likely make him popular, but at a serious discount to Reuben Garrick and Tom Trbojevic he represents easily the best high ceiling points per dollar play. He’ll likely do most of the goal kicking if Munster plays and Hynes is not in the starting team, which is a nice bonus.

Welch is not a particularly high ceiling player (~60), but at this price it does not matter. I see Welch as a big game player who thrives in Origin and finals type environments. He’ll have his work cut out for him going head-to-head with Marty Taupau, but with only two forwards on the bench I expect him to see plenty of work. Excellent cash play, and probably just fine in GPPs also.

Hughes has had his best season so far after taking more control of the team in the absence of Cam Smith. That form has dried up a little in the last month or so, but a lot of that had to do with a concussion and the Storm putting it in cruise control on the run into the finals. The subsequent price drop makes him hard to ignore with an expectation of something close to 60 points. Daly Cherry-Evans is the other high-ceiling half option and is definitely in play in GPPs despite the extra salary.

Week after week all season, I’ve doubted Garrick’s ability to keep scoring at such a ridiculous (50+) rate, given in previous season he’s struggled to better 30 points a game. Incredible what one player has done for everyone else in this Manly team. Despite finally accepting that Garrick is good, I can’t endorse him going against the toughest matchup in the NRL. The tries, goals and line breaks upon which he relies will be that much harder to come by. The same applies to Tom Trbojevic and Jason Saab, but the former is just that good I can’t write him off, and the latter is cheap enough to get away with one big try-scoring play.

The knee injury sounds bad enough to make Munster a genuine 50/50, so even if he plays, I have to question if he’s any chance of putting up a ceiling score. With his price near its highest point after some excellent recent form, it’s probably best to look at the more attractive alternatives in Hughes and Cherry-Evans. Even the collection of HLF eligible players under 10K look like much better value plays in this situation.

Grant has managed to make do with his bench role for most of the season, coming on for about 50 minutes and wreaking absolute havoc through the middle of the field. After massive scores in 2 of the last 3 weeks he is now a little expensive again, and like the Manly backs I must question if the tough matchup is enough to diminish his appeal in this game. Will Melbourne be able to create enough space in the middle of the field against a strong Manly outfit? With similar question marks over everyone else available at HOK, this is a spot to go with your gut. 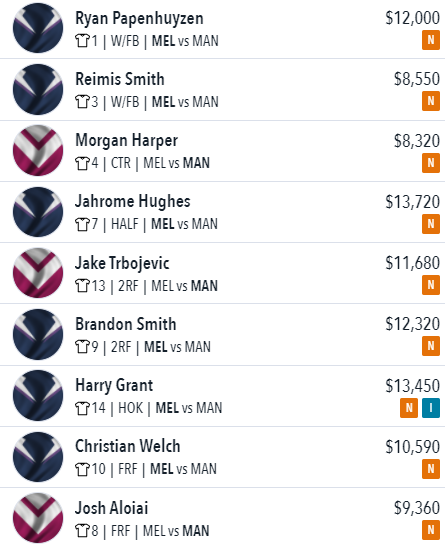