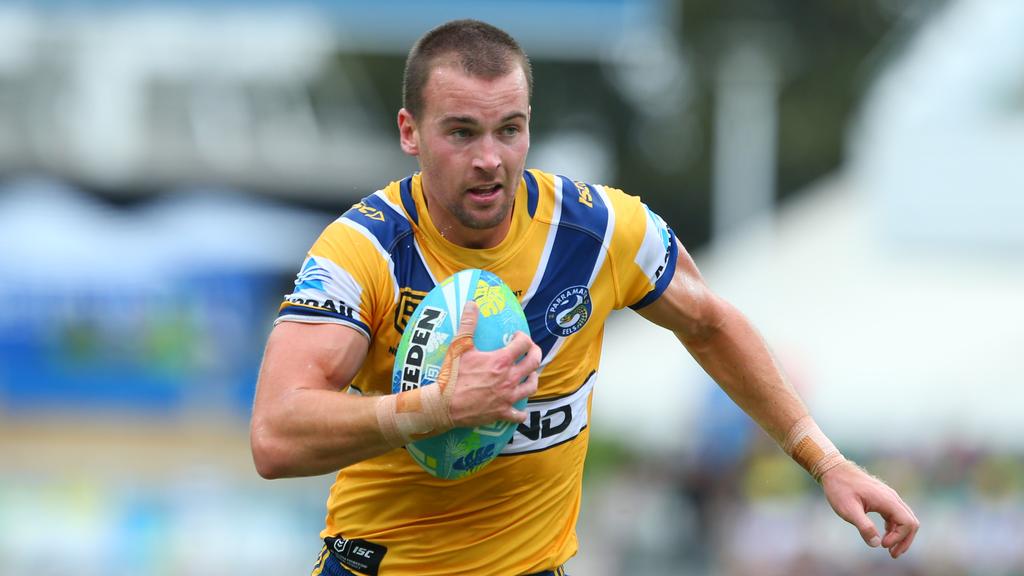 After a massive start to the NRL season on Thursday night, Round 1 continues on Friday with a Double-Header of fantasy action. The Knights will be looking to get off to a fast start against the Bulldogs in Newcastle while the Eels will want to get on the board when they travel to Brisbane to take on the Broncos.

Speaking of action, Draftstars have gone mega to start the season with a $30,000 contest for the prime time match between the Broncos and the Eels in Brisbane. Also available is a $10,000 single game slate between the Knights and the Bulldogs and you also try your luck with the $10,000 2-game slate featuring both games on Friday.

If you are playing the double-header remember to utilise the Draftstars “player-swap” feature if we receive a surprise when the final 17’s are released.

Newcastle will start the season missing some key players in their preferred 17 with Kalyn Ponga, Edrick Lee and Hymel Hunt trying to overcome injuries. Tex Hoy, Starford To’a and Gehamat Shibasaki will get a crack at starting for the Knights with Kurt Mann lining up at five-eight.

The Knights have recruited Tyson Frizell to play in the second row and Jayden Brailey will start at Hooker after overcoming a knee reconstruction.

For the Doggies, former Rabbitoh Corey Allen will make his debut at fullback and former Rooster Kyle Flanagan will start at halfback. Dylan Napa will come off the bench.

At Brisbane, already missing Kotoni Staggs with an ACL, the Broncos have a new backline with Herbie Farnworth at Centre, David Mead on a wing, Tesi Niu at Centre and Brodie Croft at halfback. Payne Haas is suspended until round 4.

For the Eels, they are pretty settled although Tom Opacic will play in the centres with Micheal Jennings on a drug related suspension.

Newcastle - High (80%) chance of showers, most likely in the morning and afternoon. The chance of a thunderstorm.

Brisbane - Medium (60%) chance of showers, most likely in the morning and afternoon. The chance of a thunderstorm in the afternoon and evening.

Well we may see both games with wet conditions, I wouldn’t call it torrential but may have an effect on the back's efficiency in these games.

The Bulldogs and Broncos will want to avoid another dreadful season after their results in 2020 but their fellow opponents are looking to get off the mark in 2021. If you are playing the 2-game slate, look to target attacking options from the Knights and Eels. However, Draftstars have appropriately priced both contests so we may need to dig deep already in Round 1.

W/FB: With no Kalyn Ponga, we do have some good value options in the first game with Tex Hoy at a very affordable $8,200. Hoy mainly played off the bench in 2020, but did have two starts at FB without Ponga scoring 57 and 32 fantasy points. Gehmat Shibasaki $9,870 played at Centre for the Knights last season but did score 34 points as a winger in the final round of the season. Starford To’a $8,150 would like to get going after scoring an average of 22 in his last 4 games on the wing in 2020. Cheap options at the Dogs with Dallin Watene-Zelezniak $7,000 at the minimum but has not scored over 40 fantasy points in 11 matches. Not sure how Corey Allen $8,920 goes for his new club but does more often than not score below 25 fantasy points.

If you are playing the late game then your head will tell you to play Eels backs in Maika Sivo $8,020 and Blake Ferguson $8,530. However Sivo has not scored over 40 fantasy points in 11 matches in 2020 while Ferguson only scored 40+ in 2 games last season (albeit they were 2 out of his last 3 matches). Clint Gutherson at $10,720 is a strong fantasy player with some serious ceiling potential and a consistent floor. I’ll be looking to get Gutho in any format. If you want to live dangerously on the Broncos side, well everyone is pretty cheap. David Meed is the flat minimum $7,000 and could be that value sneaky piece you need. However I kind need to see some life early from Brisbane before placing my hard earn them in fantasy.

CTR: Good to see Bradman Best $11,370 back on the park for the Knights, injury ended his 2020 season early but was in great form with fantasy scores of 58, 46 and 47 in his past three matches. Clearly the best CTR on the slate. Jake Averillo is available in this position after being named at five-eight. Played two matches in this position late last season for a 33 and 38 fantasy performance, so I do not mind playing him in this position. As for the rest, all are cheap and are pretty much uninspiring selections.

HALF: Kurt Mann $15,170 the Jack of all trades is back in the number 6 jersey after spending the last 6 or so rounds in 2020 at dummy-half for the Knights. So his salary has been baked with his hooker stats which were hovering at 60+ fantasy points per game. So we may need to wait a couple of weeks for his salary to come down. Kyle Flanagan  $15,150 has come across from the Roosters and has also brought his high price tag with him. However I do see the majority of the Bulldogs attack being run through Flanagan who was scoring over 50 fantasy points week after week. Mitchell Moses $14,790 and Dylan Brown $13,480 will be looking to spend more time together after both had injury setbacks in 2020. They only played together in 11 games with Moses outscoring Brown 3 out of the last 4 games. I prefer Moses if left with the choice between the two but Brown does have a higher ceiling. Anthony Milford $8,990 is still kicking about and likely to get a few selections at sub 9K, but his last 5 scores have been 26, 38, 13, 27 and 29. I will be avoiding him.

2RF: I’ll touch on Connor Watson $11,050 here as he is the starting Lock for the Knights but is Hooker eligible. Watson’s 2020 year was wrecked by injury and thus his price has come down to a level he is nearly a lock on the slate. UPDATE: Not so much anymore for Watson, has been named on the bench, which as killed his value. Look elsewhere.  Scored 61 fantasy points in round 2 in 2020 but he was playing out of the Hooker position. I am expecting a 45+ score so Watson will appear in a few lineups. Both Patrick Carrigan $15,670 and Ryan Matterson $15,870 are consistent 60+ fantasy scorers and I would be saving cash to get to either of these two. Matterson can flash ceilings of 75+ and with no real changes to the starting Eels pack, you can fire him up with confidence. However with no Payne Haas, Carrigan is in line for a tonne of work and could push 80 minutes on the park. If you need to save money on a second forward, Jordan Riki $9,430 and Corey Waddell $9,510 are both under $10,000 and have potential to go 40+. I would suggest that you spend your cash here considering the back options are cheap.

HOK: 5 options here and you can class into two groups on projections. Connor Watson, Jake Turpin $13,400 and Reed Mahoney $12,900 should go 50+ and Sione Katoa $10,060 and Jayden Brailey $12,200 should get to 40 odd. Mahoney cheaper price than Turpin will give me ownership, so pivoting to Turpin could be the smart play.

FRF: Going to be interesting with the speed of the game being increased to see how long front row forwards can last on the park before getting gassed. What is also interesting is the amount of options for FRF on the bench! The Knights have three forwards on the pine… Bulldogs options are cheap with Jack Hetherington $9,840 the most expensive option at $9,840. If you have the money then Junior Paulo at $12,030 is a good option for a potential 50 point score. But as I have mentioned, I have an inkling that the big boys are going to be blowing hard and will be looking at the sidelines for a rest. A cheap bench player may come into play?!?

It is fantastic to play off for the biggest pools for NRL in Round 1, we all know that AFL next week will exceed this, but for one week of the year we can have a crack at big money! 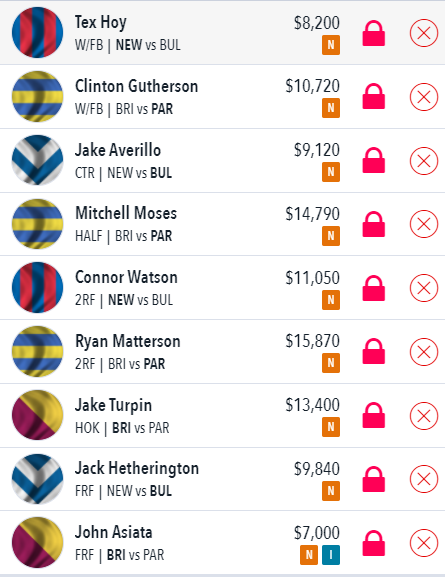