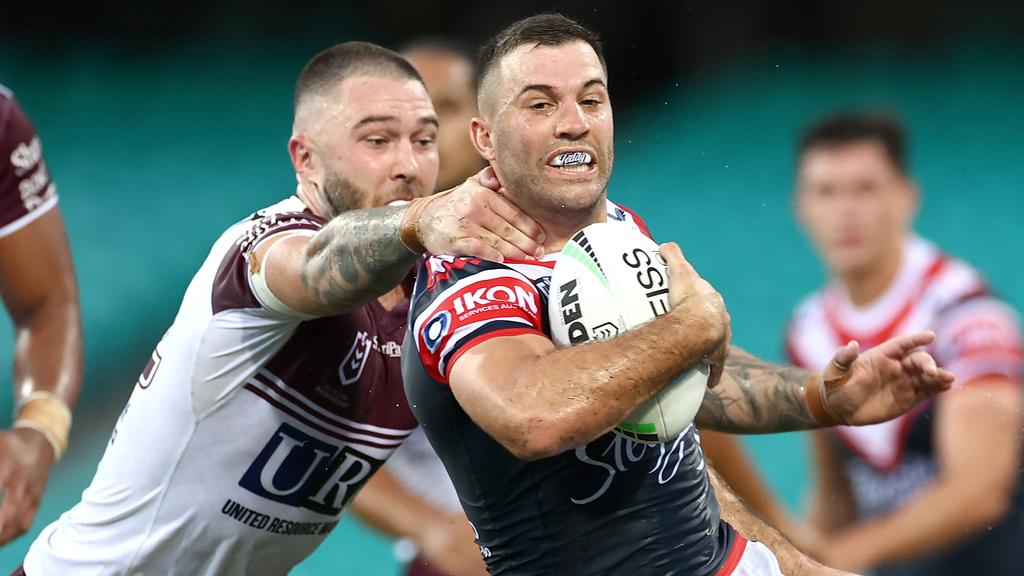 It’s time for Magic Round, surely a great thing if you’re in attendance, and also great for me as I don’t need to waste words on differentiating the home team. Our three-game Saturday slate starts with the last-placed Bulldogs trying to continue the miserable 5 game losing streak of the struggling Raiders. That’s followed by another team on a 5 game losing run in the Sharks trying to overcome the top 4 bound Rabbitohs. The day ends with the injury-riddled Roosters looking to keep their own top 4 aspirations on track against the improving Cowboys who’ve managed to win 4 of their last 5. Brisbane should turn on a cracking day for the event.

To start us off, the Bulldogs have pulled a big move by dropping their main 2021 recruit Kyle Flanagan, and bringing Brandon Wakeham in to play in the halves. Corey Allan and Lachlan Lewis go out with injury, with Tuipulotu Katoa coming in on the wing and Nick Meaney moving to centre. Dylan Napa returns from injury at prop, with Ava Seaumanufagai back to the bench. Corey Waddell also goes back to the bench with Renouf Atoni promoted to start at lock. The Raiders lose Jordan Rapana to injury, with Semi Valemei coming onto the wing for the first game of the year. Ryan Sutton and Joe Tapine are also out with injury, with Hudson Young named to start at lock and Ryan James and Dunamis Lui joining the bench. Finally Josh Hodgson returns on the bench in place of Siliva Havili.

The Sharks lose Jesse Ramien to injury, with veteran Josh Dugan coming back into the centres. Their only other change is Andrew Fifita on the bench for his first game of the year, in place of Billy Magoulias. The headline change for the Rabbitohs is Adam Reynolds coming back after only one week out, meaning Dean Hawkins goes out of the team. Taane Milne is again named on the wing after being a late exclusion last week.

The Roosters lose Drew Hutchinson to injury, with Lachlan Lam returning from his own knee injury. Sitili Tupouinua returns from suspension, with Nat Butcher dropping back to the bench. The Cowboys are unchanged.

It looks like we have a full slate of lopsided contests today, but it is worth mentioning that all three favourites are going through plenty of issues with form and injury this season. I still don’t see any upsets, but it isn’t impossible by any means.

It is hard to decipher Benji’s form line with his mix of starting and utility roles this year, but essentially, he’s played four games in the halves with two good scores, and then two bad scores. As a result, he still comes into this week very cheap, and it looks to me like a good spot to rebound against a battling Sharks outfit. The return of Adam Reynolds should help straighten the team up and give Benji some more attacking opportunities.

Teddy’s eight games this season can also be split evenly, with 4 good scores to start the season, followed by 4 poor scores (by his standards). A big head knock is a good excuse for the last two games, and now I’m looking for him to get back on track against a fairly gentle opponent. It helps that he is now cheaper than we’ve seen him in a long time.

Knight is another player that has struggled with concussion this year, missing the first month and then being eased back into his normal minutes off the bench. He now gets a chance to start at lock with Cam Murray missing. I can’t see any safer value on the slate than a cheap 45-50 minute lock who scores about a point per minute.

This is pretty simple; Fifita is old, and his knees are no good. He still managed to score okay off the bench in 2020, but another year and some more players ahead of him in the pecking order means he is unlikely to play much more than a cameo role this week. Don’t fall into the trap of looking at his huge ceiling from the past and thinking it could be worth a punt.

I’ll throw Robson under the bus again this week. Last week I highlighted his three week try scoring run, and as expected he followed through with no attacking stats and a mediocre score. A tougher opponent this week and the ongoing bench role of Jake Granville means I can’t go anywhere near Robson at this massive price.

Starling again showed how good he is last week, but now Josh Hodgson has returned to the bench. It’s anyone’s guess how the rotation works and how many minutes Starling ends up seeing on the field, so it might be best to look elsewhere at HOK. If we hear anything about Hodgson playing more of a lock role or seeing tiny minutes while he works back from injury, then it could be worth considering a shot at Starlings massive upside. 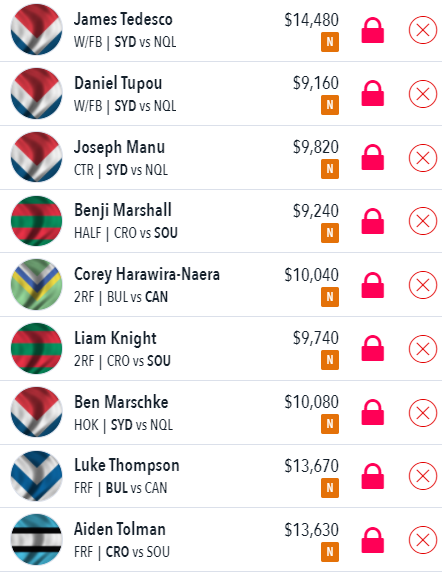