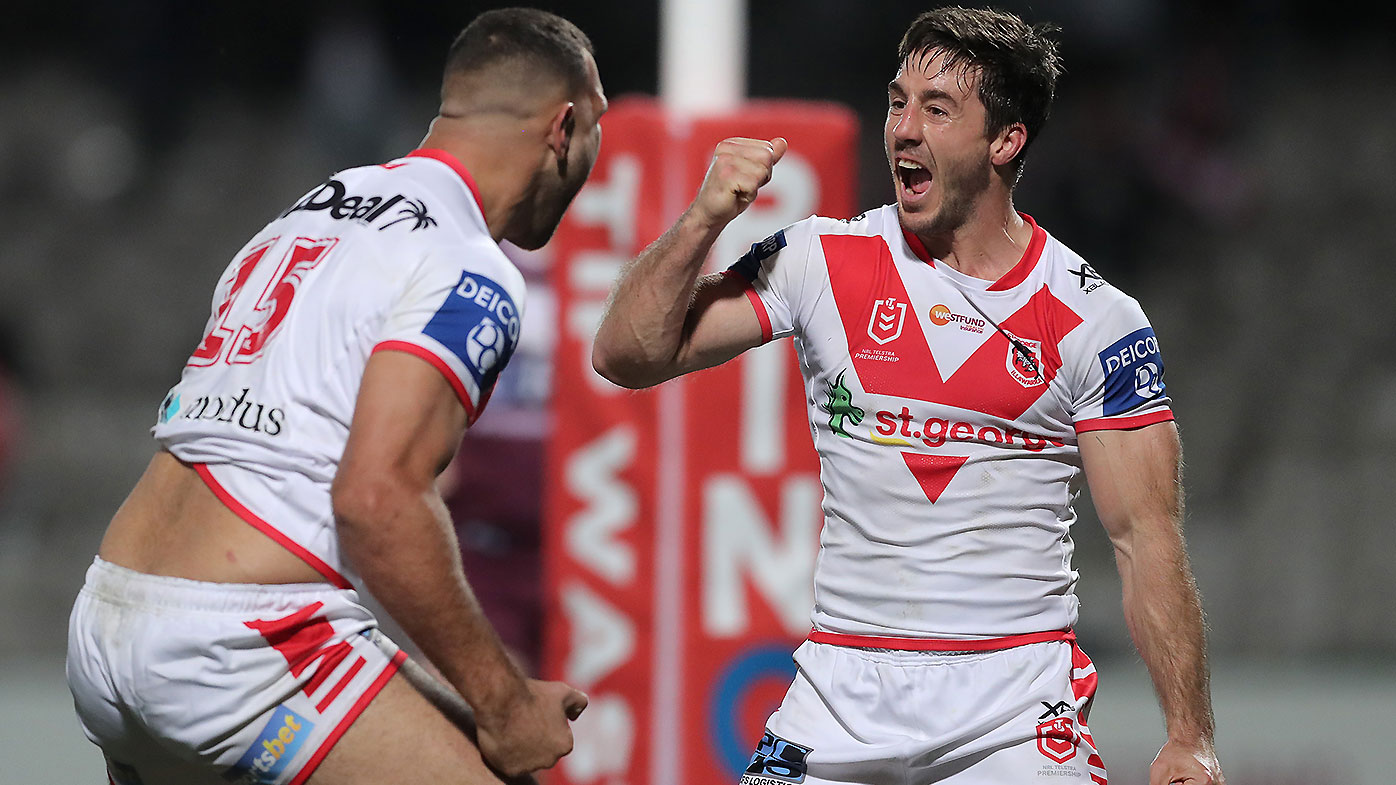 Round 13 is the first of our two bye rounds, meaning only one game per day, and 4 big single game slates. Thursday remains the featured contest as the NRL still has the night to itself. The Dragons host the Broncos, with the home team clear favourites. That’s despite coming off a 3-game losing streak, and going 1-4 in their last 5. The Broncos are 2-3 in that span, so can’t be written off.

Origin week means we have more changes than usual to go through. The Dragons get their (unwanted) fullback Matt Dufty back from injury, pushing Cody Ramsey back to his wing. Mikaele Ravalawa also makes his return, with Jordan Pereira dropped and Jack Bird moving to the second-row. Last week’s second-row of Tariq Sims (Origin) and Billy Burns (dropped) are replaced by Jack Bird and Josh Kerr. Finally, the least significant fantasy change, but biggest news in real life, is the return of Jack De Belin after almost 2 years out of the game, replacing Jaiyden Hunt on the bench.

The Broncos are less impacted by Origin than usual, with Payne Haas and Xavier Coates the only players missing. They are replaced by Matt Lodge returning from suspension at prop, and 18-year-old debutant Selwyn Cobbo on the wing. Anthony Milford is also out, but not due to origin as in previous years, this time he is simply dropped (again). Tyson Gamble returns to the team in his place. Alex Glenn is back from injury, forcing Keenan Palasia back to the bench and Dale Copley out.

Rain at times throughout the day and into the evening in Sydney. May influence play in this one.

This is probably the least origin-affected game of the week, so the form lines of both teams should hold roughly true. The problem is that the form says both teams are bad. I think that still having Ben Hunt available is a huge boost for the Dragons and could be the key to the game.

There isn’t any super obvious value in the backs on this slate. Jack Bird may thrive playing 2RF, but he is expensive. Everyone else looks like a punt. For that reason, I like Isaako for his massive ceiling that he’s showed off twice this season. If the Broncos manage to make a game of it there is a decent chance that Isaako gets on the end of some points, with some extra goal kicking points as well. The wildcard pick at this position is Selwyn Cobbo, who has massive wraps but may struggle to put up a massive score on debut.

Ford has tackled his way to 50+ points the last two weeks while playing 60 minutes at lock. He’s now the second most expensive 2RF player on the slate, but still very reasonably priced for what he’s shown us he can do. The only slight fear is if Jack De Belin has an impact on his role in his return to the team, but I expect he should be safe for at least one week while De Belin finds his form again.

Hunt has gotten things back on track the last two weeks after a broken leg derailed his season. He now has the double motivation of playing his former team and missing out on Origin selection. Add in that the Broncos have generally been an easy matchup for 18+ months now, and Hunt is in a good spot to go massive and pay off his big price tag. It might be possible to get some leverage by playing him at HOK and someone else at HLF.

Lawrie is a player with a very limited ceiling, which partly has to do with never having scored a try in his career. He did manage a 63 two weeks ago, but I feel safe in saying that won’t be happening again anytime soon. The price has gotten too high for his limited upside, so look elsewhere at FRF.

Another player with a limited ceiling, Glenn is returning from injury, and is getting pretty old these days. There are several players around him who are far more appealing on this slate.

Beale is also getting on in years and playing his first game in nearly a year last week, I thought it was safe to have a look at him. He proceeded to play pretty well and put up 46 points. I still don’t want to invest too much into him, but it’s entirely possible that he puts up a similar performance this week against his former team. 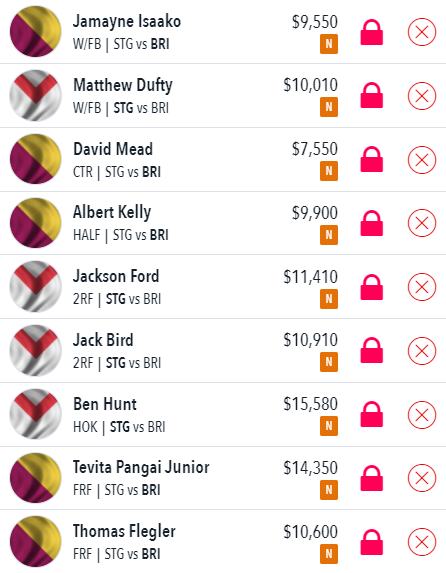