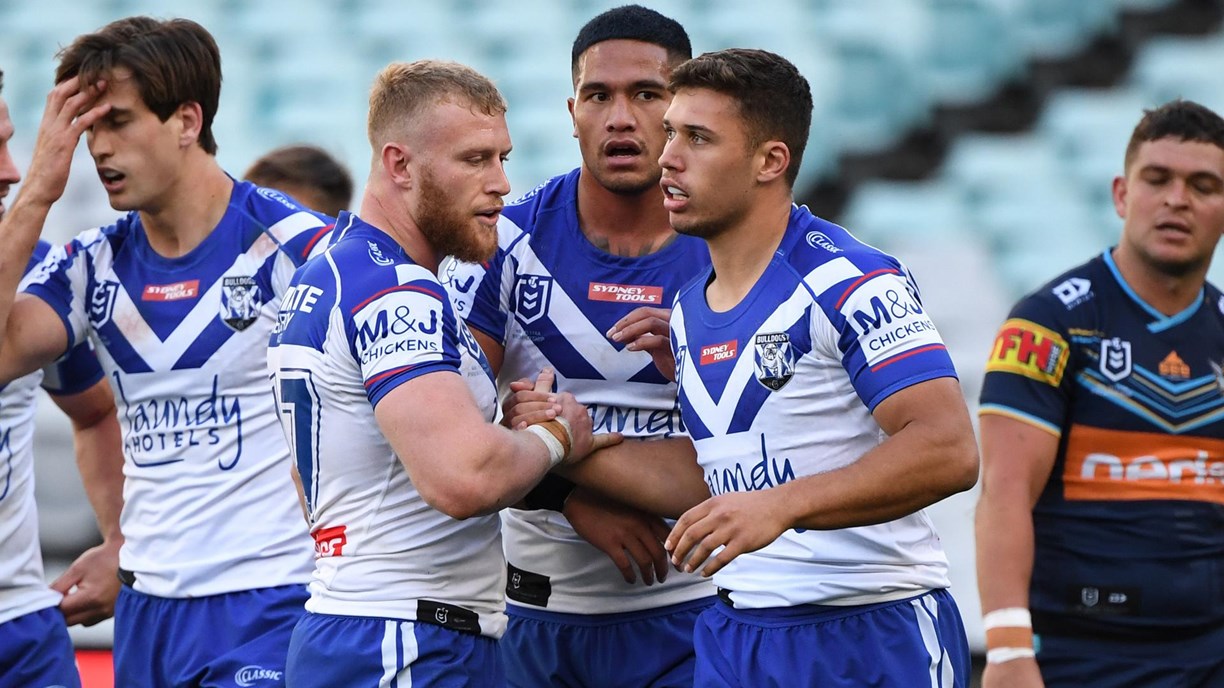 A bonus day of NRL greets us on the Monday Queen's Birthday with traditional rivals the Bulldogs and the Dragons in the stand alone fixture to end Round 14. The Bulldogs with only 1 win this season so far will be looking to finish the second half of the season strong. Standing in their way however is a Dragon’s side looking to stay in the top 8 who put 52 up against the Broncos last start (let’s be honest, anyone can score on the Broncos right now).

Draftstars have posted a $12,000 single game contest along with the mini and micro. Kick-off for this match is 1600 AEST.

As you would suspect the Bulldogs are big underdogs at $4.50 and facing a line of 13.5. The total on Sunday was hovering around the 48.5 point mark.

Both teams are relatively unaffected by Origin commitments with only Tariq Sims returning from the Queensland camp after playing on Wednesday night. Currently Sims is in the reserves and may be included in the match day 17. If that does occur then Jack Bird will return to the centres.

The Bulldogs did lose Dallin Watene-Zelezniak at fullback with Tuipulotu Katoa replacing DWZ in the 1 jersey. Jeremy Marshall-King returns to play at dummy-half.

Try location through Round 14

While the books have the Dragons winning this match quite comfortably, I believe the week off will help the Dogs improve their defense but more importantly improve their attack. The Dogs are woeful for putting up points in attack and outside of Lachlan Lewis and Raymond Faitala-Mariner are at full strength. While it is a fetch seeing the Dogs post 30+ points, stranger things have happened. The field will go heavy on Dragons attack but there are pieces that can make you unique.

Not much confidence in players below $9,000 but if one does need to be selected to get to the likes of Ben Hunt or Andrew McCullough then taking a shot at Cody Ramsey on the wing may be the solution. Ramsey’s fantasy numbers are actually quite low with an average of 25 in his past three matches. But comes up in a good matchup in a defense that has given up the 2nd highest amount of tries in the competition. Not an exciting, nor could be a lineup sinking play but will alleviate some salary elsewhere.

Starting front rowers Vaughan and Lawrie along with Ford in the 13 jersey and Josh Kerr have a peach of a matchup with some upside of opportunities for a meat pie. I mentioned that the Bulldogs lead the comp in tries scored through in the middle and each of these players have a great salary in the 11k range. On a slate with not many premium options, you can certainly build a balanced lineup and not worry about digging for value.

It would be easy to put Jack Bird in this spot after his impressive game against the Broncos in the 2nd row, but becomes too expensive if Bird is pushed out to the centres (for Sims). So to be on the safe side, Elliott is a consistent yet capable edge forward that could exceed value. Becomes a better play if Bird stays in the second-row and you will be able to play Elliott at lower ownership.

The most expensive player on the slate and the player with the highest ceiling. 68FP average over his past three, Hunt has been excellent since his return from his broken leg. With flexibility to play either at Hooker or Halfback on Draftstars, Hunt gives you flexibility to either double stack the Halves (Averillo has averaged 60FP in his last three) or pick another hooker. There is enough value here to pay up to. 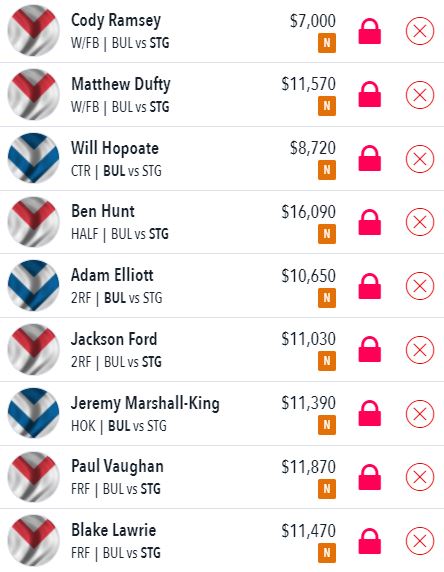