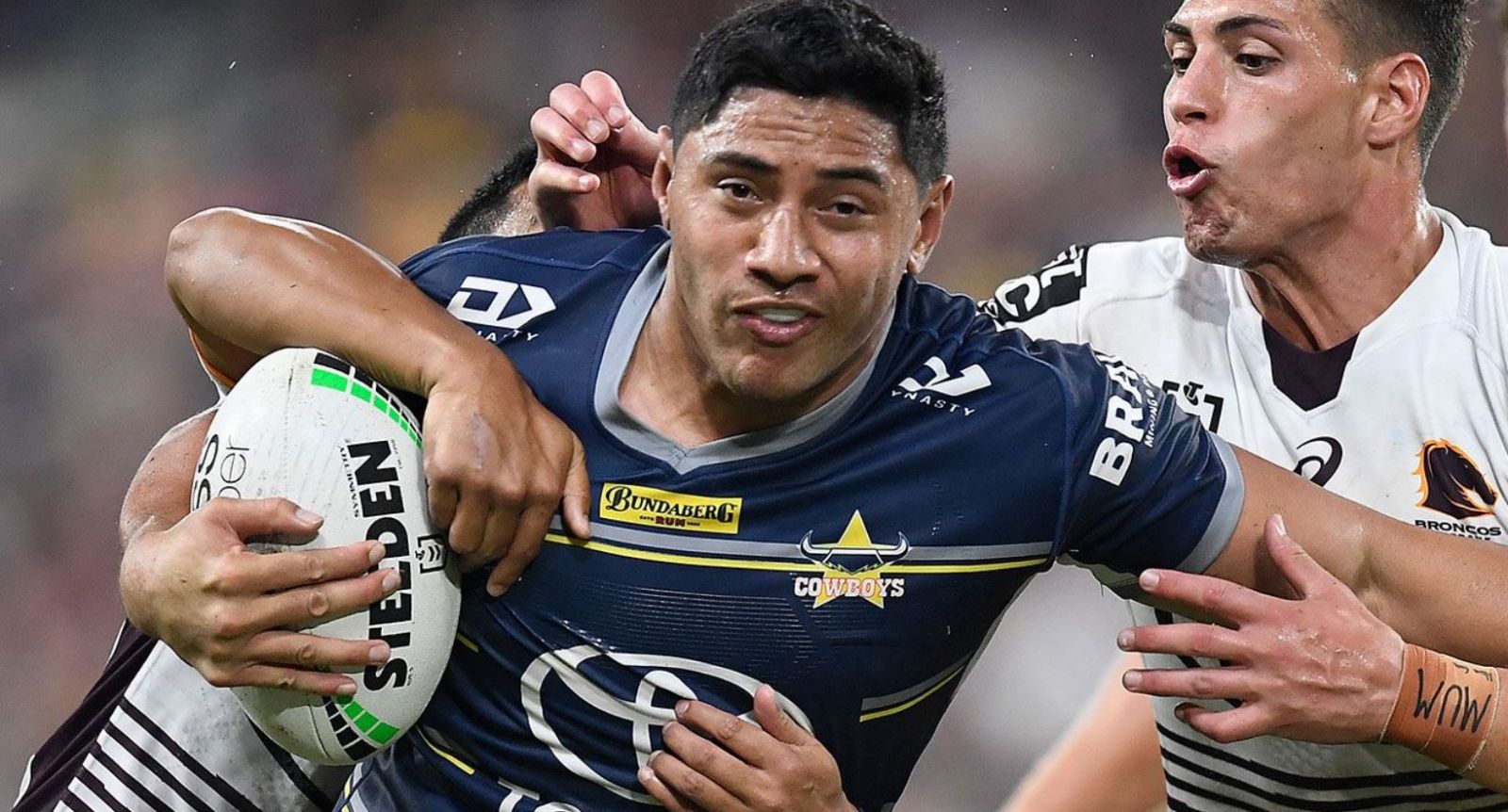 After the thumping handed out by the Blues on Wednesday Night, we have a full round of 8 games in the NRL on this Queen’s Birthday long weekend. Also back is the Double-Header Friday with the Sea Eagles (6th) hosting the Cowboys (7th) at 4 Pines Park (Brookvale) and the Sharks (10th) hosting the Panthers (1st) at Netstrata Jubilee. With a small turnaround for players who played on Wednesday night, this slate will evolve right until kick off. So let’s see we can decipher what is what and who is who...

Sydney - The week’s cold weather has abated but expect a cool evening at both venues.

For the Cowboys we are expecting Valentine Holmes and Coen Hess to play on Friday night. Hess did not play on Wednesday so he is confirmed. However Kyle Feldt was ruled out with Justin O’Neill to play. Jason Taumalolo is back after his suspension. Tom Dearden’s move to the Cowboys is complete with a start at half-back.

The Sea Eagles lose Josh Schuster to a calf injury but Kieran Foran will play at five-eight. Tom Trbojevic was ruled out on Thursday by the Sea Eagles. Daly Cherry-Evans and Jake Trbojevic will back up.

Need to keep your eyes open on Panthers news, Api Koroisau will start at Hooker but the remaining players from Origin: Nathan Cleary, Isaiah Yeo, Jarome Luai, Liam Martin, Brain To’o and Kurt Capewell are out.

The theme for this round is late team changes and how you adapt to the value presented. Then a question you need to ask yourself, are these returning players going to be 100%? While this question is irrelevant for the Sharks and to some extent the Panthers, the Sea Eagles and Cowboys are fighting to stay in the top 8. Both games are predicted to be close and having pieces of both games will be key for your lineups.

Filling the shoes of Jake Clifford is not going to be easy for Dearden who leaves the Broncos on indifferent terms. The form was also patchy in 2021 and hence the big price drop from Draftstars. On a slate with various HALF options and Cherry-Evans backing up, then paying down in this position could be the way to go.

Back to the well on May after impressing for the Panthers in a losing side. Made a total of 44 tackles last week which is pretty high for a halves player. I also mentioned last week that Matt Burton does all the kicking so we are looking at May to become more active in attacking stats (only two offloads last week). More comfortable rostering in the CTR position with the large amount of halves available.

After returning from Origin camp after not playing, Hess gets the start for the Cowboys in the “fans” much preferred position on the edge. His box scores have been quite a roller coaster but Hess has effectively been plugged into holes from the unavailability of forwards, especially Taumalolo. Have more confidence that Hess can play 50+ minutes on the edge and return a 40+ fantasy point score.

The dummy-half come edge player has seriously impressed for the Sea Eagles since he was given his opportunity in Round 11. 67 fantasy points in Round 12 against the Knights after 50+ tackles and a try assist. Averaging 58 on these two games, his salary is still much affordable and has the ability to be played either 2RF or HOK. Popular play this one.

50 minutes for 38 fantasy points was a decent return for Eisenhuth last week and the price hasn’t budged. Without the likes of Martin and Yeo backing up after Origin then Eisenhuth has another path to a 40+ fantasy score and very reasonable price tag.

Can Taumalolo get some consistency in his season now that we are halfway? Would have been a handful if you owned him in season long fantasy but Draftstars have taken away the pain at this price tag. Injury and suspension aside, JT can really score big if given the opportunity. The 6 missed tackles against the Knights back in Round 11 was an anomaly and hopefully he can play at his 200+ metre 30 tackle best. 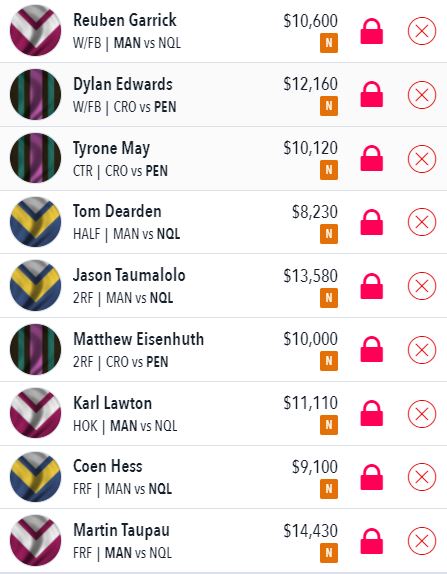