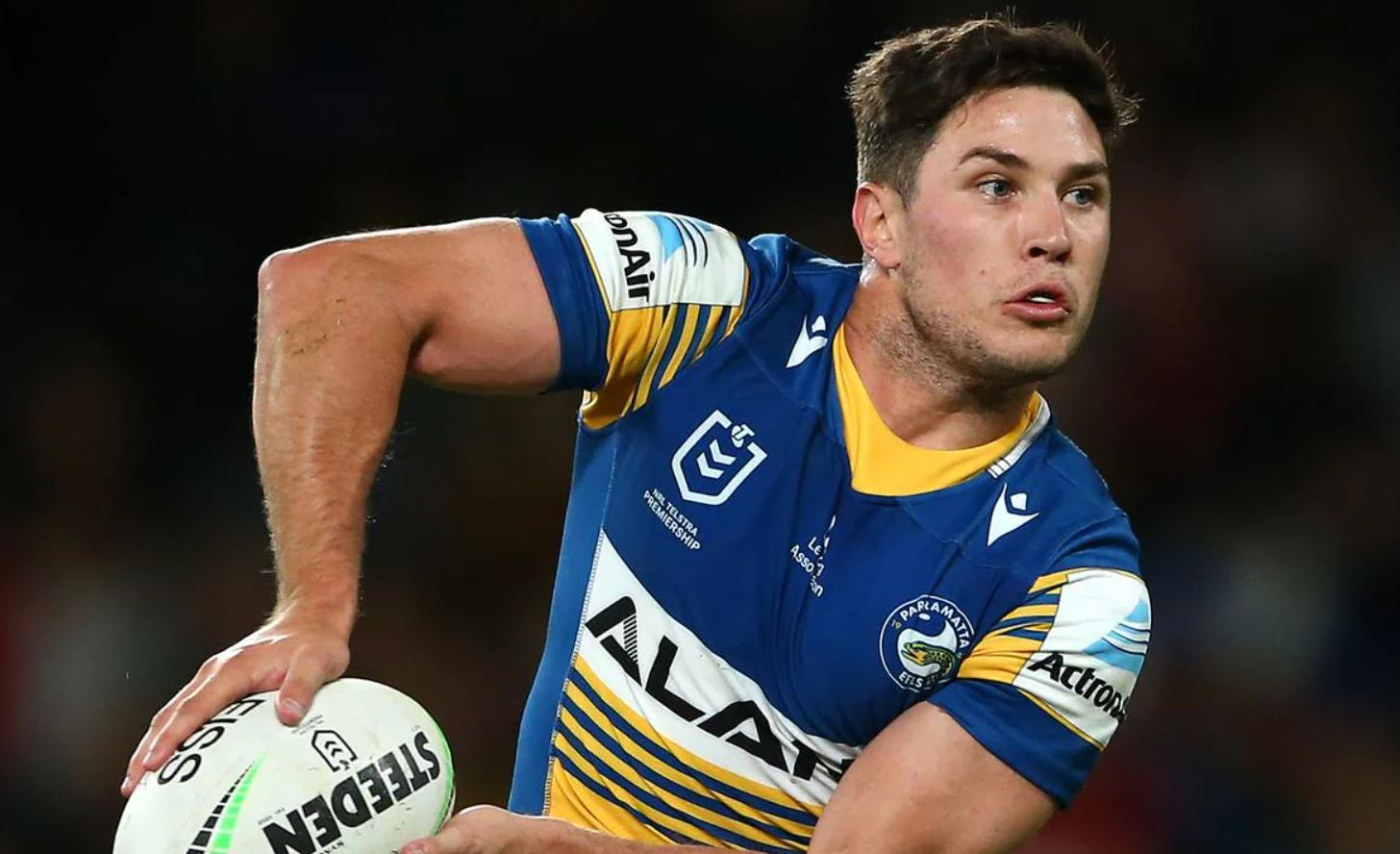 The NRL Round 14 continues through the long weekend with 2 games on Sunday afternoon. We start at Gosford with the Warriors hosting the high flying Melbourne Storm in a rematch from Anzac Day. Then the late afternoon game out at Bankwest stadium for the Eels and the Tigers. Draftstars have posted the 2-game and single contests, so let’s get into some NRL Daily Fantasy.

Sunny skies up and down the NSW coast, both Sydney and Gosford are forecast to have sunny conditions.

For the Warriors, a forward pack reshuffle with Ben Mursoch-Masila and Addin Fonua-Blake (who is lurking on the reserves) returning after injury. Jamayne Taunoa-Brown is out. Roger Tuivasa-Sheck returns to fullback with Reece Walsh out suspended.

For the Storm, Nelson Asofa-Solomona misses due to suspension so in comes Tui Kamikamica in the front row, Tom Eisenhuth in the second row and Dean Ieremia to start at wing. But knowing the changes from Origin players returning to camp. Do not be surprised if the likes of Cameron Munster and Harry Grant are either being ruled out or or remain the bench.

The Eels are debating in playing Will Smith with Reed Mahoney ruled out and Joey Lussick only playing scarce minutes this season.

Tigers are missing Thomas Mikaele only but Moses Mbye is struggling with a knee injury he suffered last week.

It was a tough Saturday for set and forget players with numerous changes like in the Titans/Roosters match and the injury to Xavier Coates in the warmup. So you need to pivot when your particular player becomes inactive or pushed to the bench. Let’s focus on players that “should go well” regardless if players around them play or not.

Ah yes our value mate “Tom” has been plucked from the reserves to play on an edge for the Storm and his roller coaster fantasy scores have meant he is dirt cheap at $7,620. I recall when Eisenhuth played on the edge a few rounds back we lost him to a HIA at high ownership. So ignoring the scores when playing off the bench, Eisenhuth has done well with a 41, 30 and 55FP when playing 50+ minutes. Too good to pass up especially in a weak CTR pool.

Big Ben gets a start in the front row after Taunoa-Brown was ruled out earlier in the week. Murdoch-Masila loves a try and has scored 4 tries in his last 5 matches for the Warriors. This is a tough match-up against the Storm pack but did score 51FP off 5 tackle breaks on Anzac Day. His price is simply $2K cheaper than what it should be.

Another player that should be a couple grand more expensive is the returning Origin front rower for the Eels. I was worried if injury or lack of minutes have affected his salary but what I see is consistency. 43FP average over the last 4 games and playing time of 50+ minutes means we can roster with confidence. I wouldn’t worry about the return from Townsville here.

Looking for a stable option playing 80 minutes in the dummy-half role? Then Egan fits the bill with 50+FP scoring average in the past 3 matches and playing the full 80 minutes. With Grant/Smith combo for the Storm and similar price Liddle not hitting fantasy highs, Egan is one for me in this limited pool.

After being given the early shower last week and some indifferent fantasy form in previous matches, Draftstars have dropped the price on Moses. Perfect time to jump on against a Tigers side that let Moses score 60FP back in April. The Eels are two try favourites and plenty points are on offer. 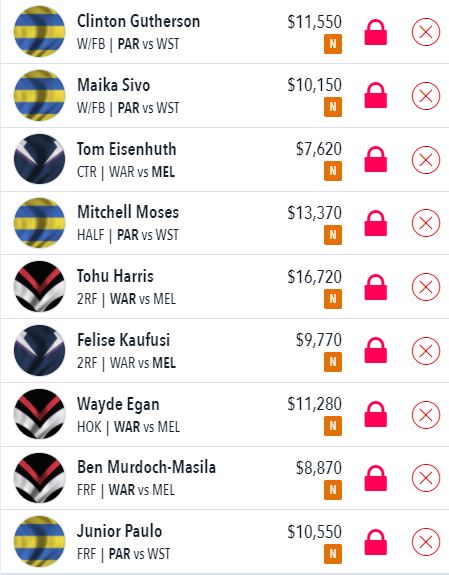