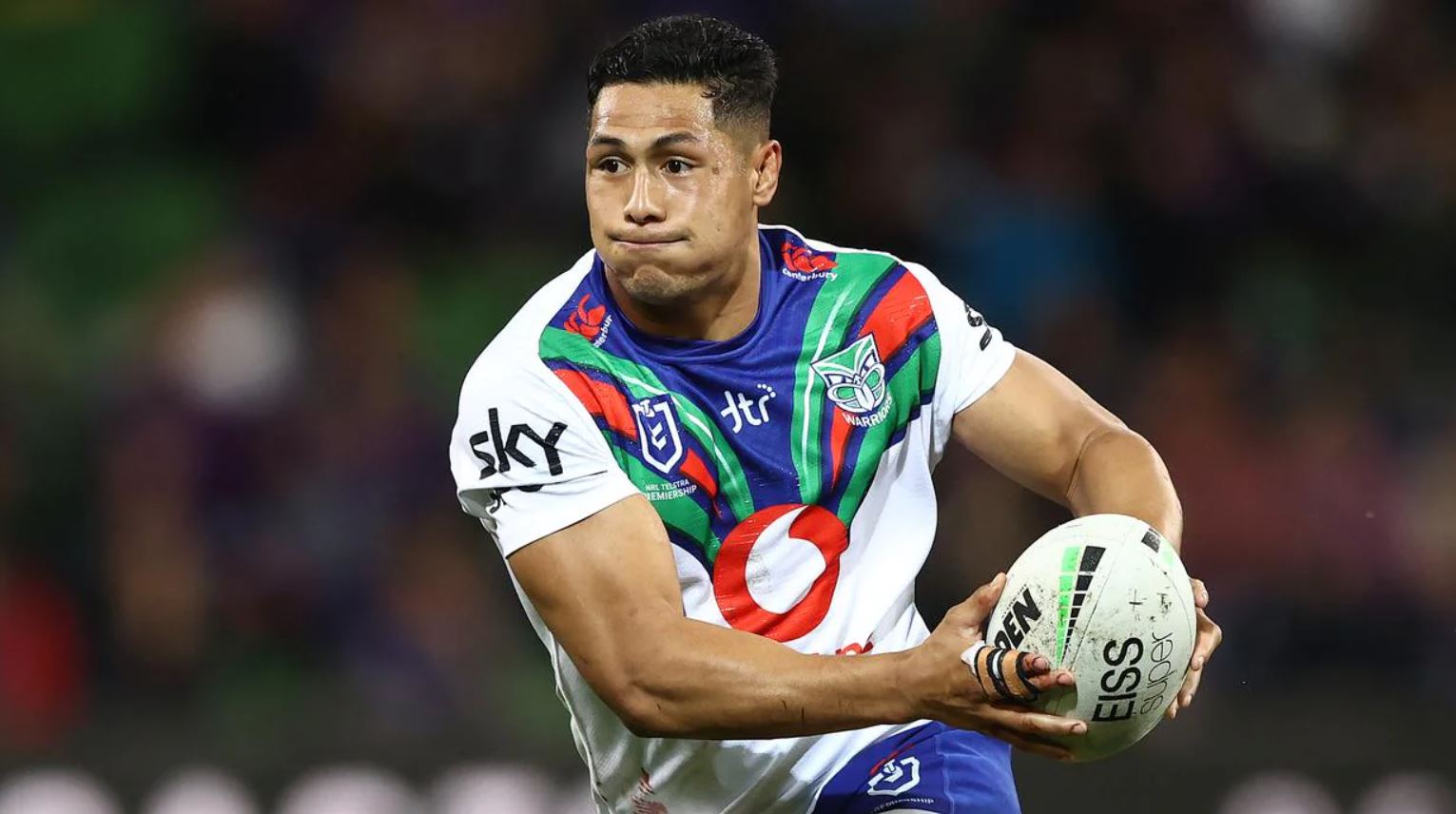 The full round bye last week was an opportunity to have a break from the grind of NRL Daily Fantasy, but with all 16 teams under Apollo protocols, it is going to be an interesting Round 16. Friday continues the double-headers but unfortunately in empty stadiums in Gosford and Penrith. The Warriors (5-9 11th) host the Dragons (7-8 7th) in the early game while in Penrith, the Panthers (13-2 2nd) have the Eels (12-3 3rd) for company in the late game. Both look to be cracking matchups so let’s get stuck into the Daily Fantasy preview.

On Draftstars, we have a pair of $10,000 contests for both single games. We also have a 2-game contest for $3,000 which you can use the “Player Swap” feature on Draftstars. There are also High Roller and Micro contests available for the late game.

Gosford/Penrith - Partly cloudy conditions with light winds in both locations.

The Warriors lose Reece Walsh with his hamstring injury from Origin camp, which shifts Roger Tuivasa-Sheck back into fullback. Euan Aitken and Josh Curran out due to Covid protocols. Marcelo Montoya moves from wing to centre to replace Aitken and Edward Kosi is the new winger. Eliesa Katoa comes in for Curran. Wayde Egan is back from a head knock so Jazz Tevaga goes back to the bench. But the big news is that new signings in Dallin Watene-Zelezniak and Chad Townsend are straight in for the Warriors. In news late on Thursday, Kodi Nikorima was ruled out with Sean O'Sullivan coming into the halves.

For the Dragons, Matt Dufty is back at fullback with Tyrell Sloan dropping out of the side. Jack Bird shifts from back row to centre and Gerard Beale pushes out to the wing to replace the suspended Mikaele Ravalawa.

Bird is replaced in the back row by Josh Kerr, while Paul Vaughan will start at prop. Josh McGuire and Tyrell Fuimaono both return from suspension on the bench.

The big news from the State of Origin series is the shoulder injury to Nathan Cleary. While he has avoided surgery, we will not see him until August. The Panthers shift Matt Burton to the halves to pair with Jarome Luai. Tyrone May now plays in the centres after stints in the halves during the Origin period. Dylan Edwards is out so Charlie Staines goes to fullback and Brent Naden comes onto the wing. Viliame Kikau returns from a hamstring injury in the 2nd row so that pushes Liam Martin to the bench.

The Eels get back Marika Sivo from suspension along with Oregon Kaufusi and Bryce Cartwright who are named on the bench.

It would have been highly likely that we needed to pay at least $20,000 of your salary on Nathan Cleary this week, but no need to worry about that now. The value now lies in some Panthers options with Cleary out, especially with the halves/backline shuffle. The early game does represent some opportunities for value but the second match with a low total could be beneficial for Eels/Panthers forwards

Not really convinced that Staines is in a smash value spot, but we have similar situations this year where cheap players playing at the back can hit value (Nicho Hynes comes to mind…). Staines in his young career at the Panthers has only played wing but does represent value at his salary. I wouldn’t go too hard with the likes of Tuivasa-Sheck and Gutherson, much better players at W/FB but a $7.6k player with plenty of run meter potential cannot be ignored.

Paulo under $10,000 is something that I really needed to investigate why the price has fallen. The minutes have fallen away, because Paulo only plays in 20 minutes spurts in his past two games. Those two games ended up at under 40 minutes. Whether the game results have played a role (x2 blowouts) but I am expecting a tight game in Penrith and the Eels will want more from Paulo. I think it is a no-brainer with the ceiling Paulo has.

Evans has been named to start for the Warriors in the front row which represents some opportunity at under $8k. In two starts in May for the Warriors, Evans averaged 35 minutes and scored 39FP in his two starts. A fantasy point a minute player with the start is very handy, just ensure he starts at the final team sheets.

The changes between fullback and wing must be frustrating from season-long players but for DFS, RTS is great value back in the number 1 jersey. Playing at the back boosts RTS’ ability to break tackles and go for 200+ meters from kick returns. Those poor scores have come from his time on the wing and with the books having the Warriors as favourites at home, it is a big opportunity for RTS to go big.

It has been the Cleary show since early May and Luai’s fantasy scores have suffered. We all know that Luai can be a huge fantasy scorer with his ability to run to the line and look to either tackle-break or offload. Of course Burton will still do the majority of the kicking for the Panthers, but Luai’s ability in attack will make the Panthers a better side in the absence of Cleary and himself in recent weeks.

Always a feature of my previews, Harris just represents a very high floor through 80 minutes. If you have the cash for Tohu then plug him in with no questions asked. I agonised over other options around the $13k+ mark but I have my doubts on Andrew McCullough after his Origin stint. Then Api Koroisau who represents value does have Mitch Kenny lurking on the bench. Mitch Moses has a difficult matchup against the Panthers and you can throw the same Clint Gutherson in the same boat. 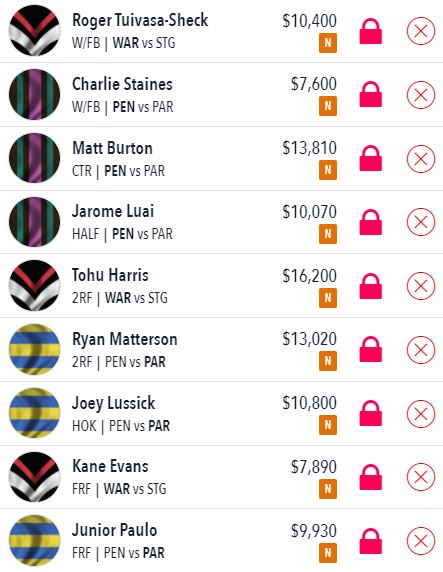