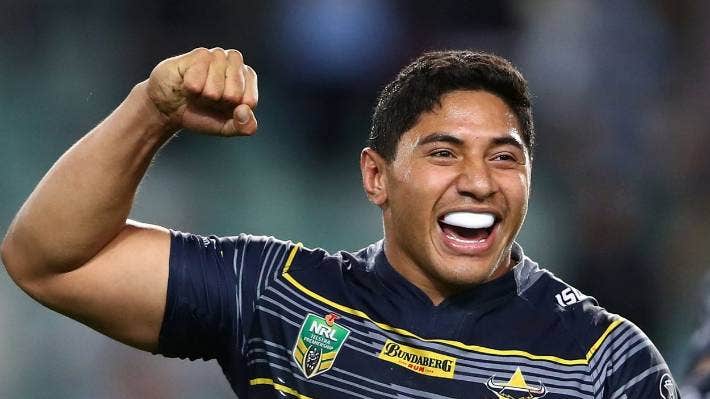 The seasons 16th edition of Super (Duper) Saturday starts off with a lopsided contest between the half-strength Bulldogs and the soaring Sea Eagles in Sydney, but it gets better from there. All 4 teams from the late games are sitting outside the 8, but all still have hopes of finishing strong and making it to the finals. The Raiders host the Titans in Canberra, with both teams needing to turn things around after losing more often than they win in the last couple of months. The day ends with the 12th placed Knights hosting the 9th placed Cowboys in Newcastle. The Knights are starting to get back to full-strength, and the Cowboys have been much better since the first month, but their nice form has been dented by losses in their last two games.

The Bulldogs might as well have a whole new team thanks to mass COVID issues and injuries to Adam Elliot and Nick Cotric. Those two are replaced by the returning Corey Allan on the wing, and young Jackson Topine in the second-row. All of Dylan Napa, Brandon Wakeham, Aaron Schoupp, Corey Waddell and Sione Katoa received COVID breach notices. As a result, Kyle Flanagan is back in the halves, Joe Stimson re-joins the bench, and Falakiko Manu (centre), Bailey Biondi-Odo (bench) and Christopher Patolo (bench) all make their NRL debuts. In stark contrast, the Eagles have named the same 17 that won convincingly in round 15.

The Raiders only change is the return of Jarrod Croker, taking the place of young centre Matthew Timoko. For the Titans AJ Brimson is back at fullback, forcing out Jayden Campbell. Corey Thompson is another experienced returnee, displacing Greg Marzhew from the wing. Kevin Proctor is back from suspension, with Sam Stone going out. Mitch Rein and Jai Whitbread are also out, with Beau Fermor and Sam Lisone joining the bench in their place.

The Knights have a huge inclusion in the form of Kalyn Ponga as their only change. That moves Kurt Mann to centre, and Brodie Jones back to the bench. Jack Johns drops out of the team. The cowboys are unchanged, apart from coach Todd Payten being forced into isolation. The team will be coached by Dean Young for a couple of weeks in his absence.

I wouldn’t waste any time trying to gamble on a Bulldogs upset with your lineups, but after that everything is available. I like the idea of using a couple of the high-ceiling Cowboys backs in the last game as a low-owned tool to bring things home strong. The Raiders-Titans game could be anything with both teams capable of significant defensive lapses and conceding big scores.

WHAT IS HAPPENING? Why is Jason Taumololo priced like he’s Kurt Capewell or Tariq Sims? After 5+ years of being the premier forward in the game, things are not working out for the “other” JT in 2021. Blame Todd Payten for the reduced minutes if you want, but the points per minute have also dropped off by around 20%. After a week off to get things together, surely Taumololo can come out and pay off this tiny price tag with a vintage 60-point performance, or even a ceiling game of 80+.

Another veteran fantasy gun, but this time one that has rediscovered his best stuff after a couple of years in the wilderness. Rapana has dropped off a bit lately after a blistering first 9 rounds of the season, but that can be put down to some niggling injuries and perhaps fatigue. He’s now had 2 weeks off in the last month to get fully fit and get back to his 40+ point best. The Titans have been a defensive mess this season, creating a perfect opportunity for Rapana to get on the end of some big attacking plays and smash this price tag.

Chaos creates opportunity, which is why I think Topine can thrive in his current situation. With the Bulldogs losing nearly half a team, Topine is thrust into a lucrative 2RF role without much quality on the bench to limit his minutes (Joe Stimson might, but I doubt it). We saw that Topine is a tackling machine in his earlier games this season, which is fortunate given that Manly is likely to have the ball for most of this game. Teammate Matt Doorey is $1,000 cheaper and another solid play given his forced rise up the pecking order.

The little pocket rocket has quickly turned me into a believer in his raw football talents, but I don’t see how he can overcome a decimated team while coming up against the rampant Manly outfit. He still might manage something decent, but there is no way he can pay off this big price tag to the extent needed to win a GPP.

All the factors are coming together to have me running from big Tino. Backing up from Origin, against a Raiders outfit that is finding a little form, and at a price tag that requires something north of 60 points to make a difference. He has been in some good form lately, but I just don’t see it working out for him here today.

Another veteran gun with some fantasy pedigree, Croker is in the Taumololo basket as struggling badly in 2021. His 5 games earlier in the season were after a return from a shoulder reconstruction and ended with a knee injury. He only averaged 20 in those 5 games. Is his body past the level now and likely to limit his ability to hit his ceiling, or is it just a small sample size? This price would make him a near-lock at his best, so it leaves room to consider taking a shot or two, especially if you think the Raiders can dominate the leaky Titans and provide plenty of goal kicking opportunities. 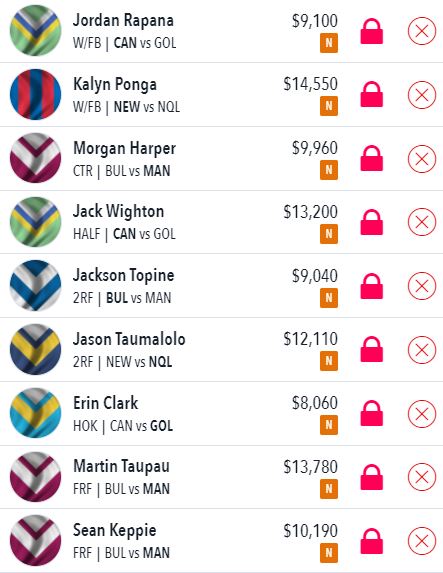