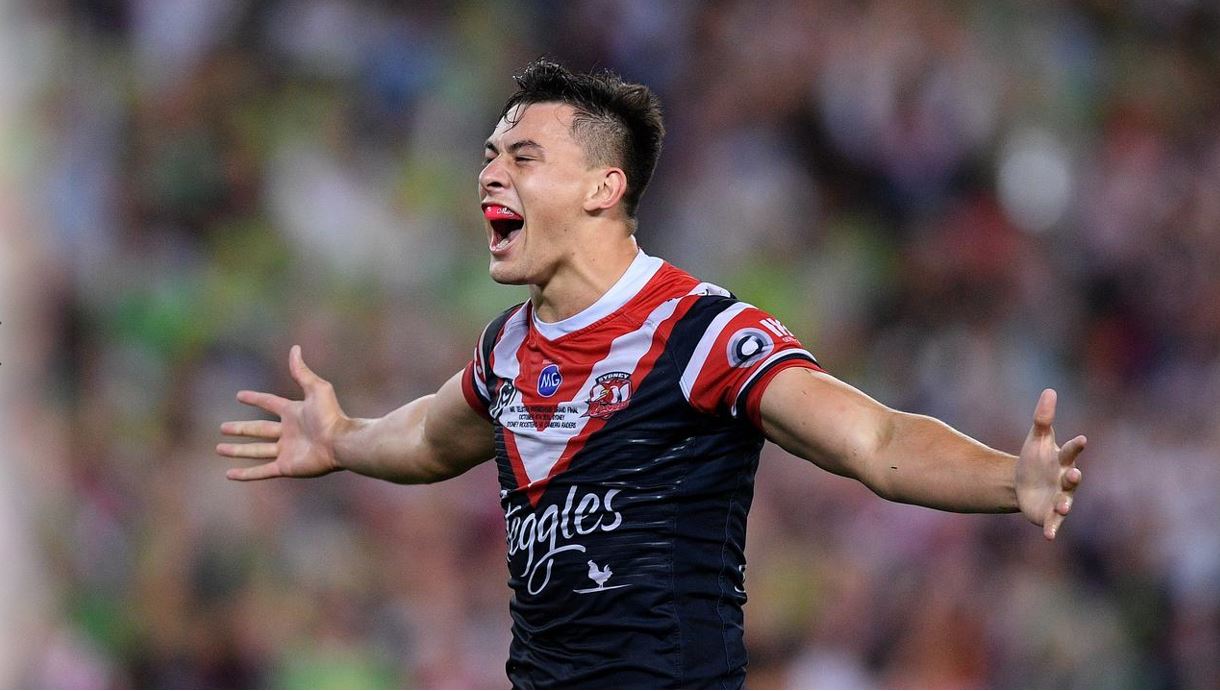 It’s time for Super Single Saturday, with just the one prime time game at 7:35pm. The last placed Bulldogs are playing host to the 6th placed Roosters at Bankwest Stadium, with both teams coming off horrible losses last week. The fact that the Roosters lost by 46 and were still 20 points better off than the Bulldogs says plenty about how the Bulldogs are going right now, but the Roosters themselves haven’t looked anywhere near their best in the last month. The easiest matchup in the NRL should be enough to make them look good again. It’s a wet day in Sydney today, perhaps that will give the Bulldogs a chance to turn this into an arm wrestle.

Draftstars has a $12,000 contest with $1,046 to first place. There are also several other contests including the Mini, Micro, and various cash games.

The Bulldogs welcome back several players after last week’s COVID suspensions. Corey Waddell replaces Jackson Topine in the second-row, Sione Katoa replaces Jeremy Marshall-King (suspended) at hooker, and Ofahiki Ogden and Renouf Atoni move onto the bench in place of Chris Patolo and Ava Seumanufagai. Matt Doorey is out with concussion, with Joe Stimson moving to the second-row and Dylan Napa returning on the bench.

The Roosters lose James Tedesco and Angus Crichton to Origin duties, With Joey Manu moving to fullback, Billy Smith coming in at centre, Isaac Liu moving to the second-row, and Victor Radley returning from his long suspension at lock. Drew Hutchison returns from injury in the halves, with Lachlan Lam demoted to bench utility. Nat Butcher returns to his bench spot with Dan Suzuka-Fifita and Fletcher Baker going out of the team. The other change is Matt Ikuvalu onto the wing for Joseph Suaalii.

Despite some missing and returning players, it’s hard to argue with the massive favouritism for the Roosters. I’d go as far as to say this slate might be a case of trying to find one or two Bulldogs that you’re willing to play along with your massive Roosters stacks.

Manu has been switching between centre, fullback and halves a lot lately, and his scoring has been all over the place as a result. He now moves back to fullback where he scores his best, and his price comes down after two quiet games. Add in the WFB/CTR tag and he’s a play that’s very unlikely to go wrong. Every other Roosters back also looks to be a pretty good play.

Walker was looking okay last week before fading away as the game went on. That’ll happen when you lose 46-0 to the reigning premiers. The worst team in the competition will cause no such issues and I can see Walker smashing value in this game, especially if he gets to kick plenty of goals. Halves partner Drew Hutchison looks a decent play too, with the only fear being a slow start after a long injury layoff.

Since moving to the Bulldogs, Stimson has not panned out as a fantasy player, but he’s only managed one full game in the second-row in two seasons. When he got his chances at the Storm, he was a consistent 40+ player (as are most backrowers). He’s not guaranteed to get a full allotment of minutes in this game, but he’s cheap enough to still pay off as long as he sees 50+. I can’t find a Bulldog I’d rather play.

I’ll pick on Averillo again this week, because his price hasn’t budged despite coming back to earth with a 34 last week. Another tough matchup with a weakened team around him, as well as losing some of the playmaking duties to Kyle Flanagan is a recipe that takes away any kind of massive ceiling needed at this price tag.

Another expensive Bulldog, although this time one that can thrive on being required to tackle all day. Again, the price has stayed high despite failing to crack 50 in any of his last 4 games, and there are plenty of options below him with higher ceilings in this game. He might not kill you, but I don’t think Thompson is the answer if you’re looking for the final puzzle piece in a winning lineup.

Small sample sizes can be a real headache in DFS, and that’s what we’re facing with Smith. His young career has been derailed by several serious injuries, but the couple of games he has played have been promising with a 30 and a 56. The problem? He scored a try in both of those games and averaged 5.5 tackle breaks and 150+ run metres. None of those numbers are sustainable, but at minimum price Smith is unlikely to kill you and clearly has the ceiling to be the highest scorer at WFB/CTR if everything goes his way. We just don’t know how bad his floor might be if he has a quiet one. Proceed with caution. 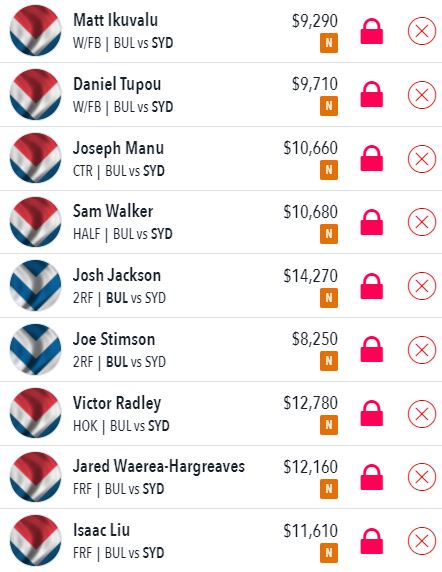