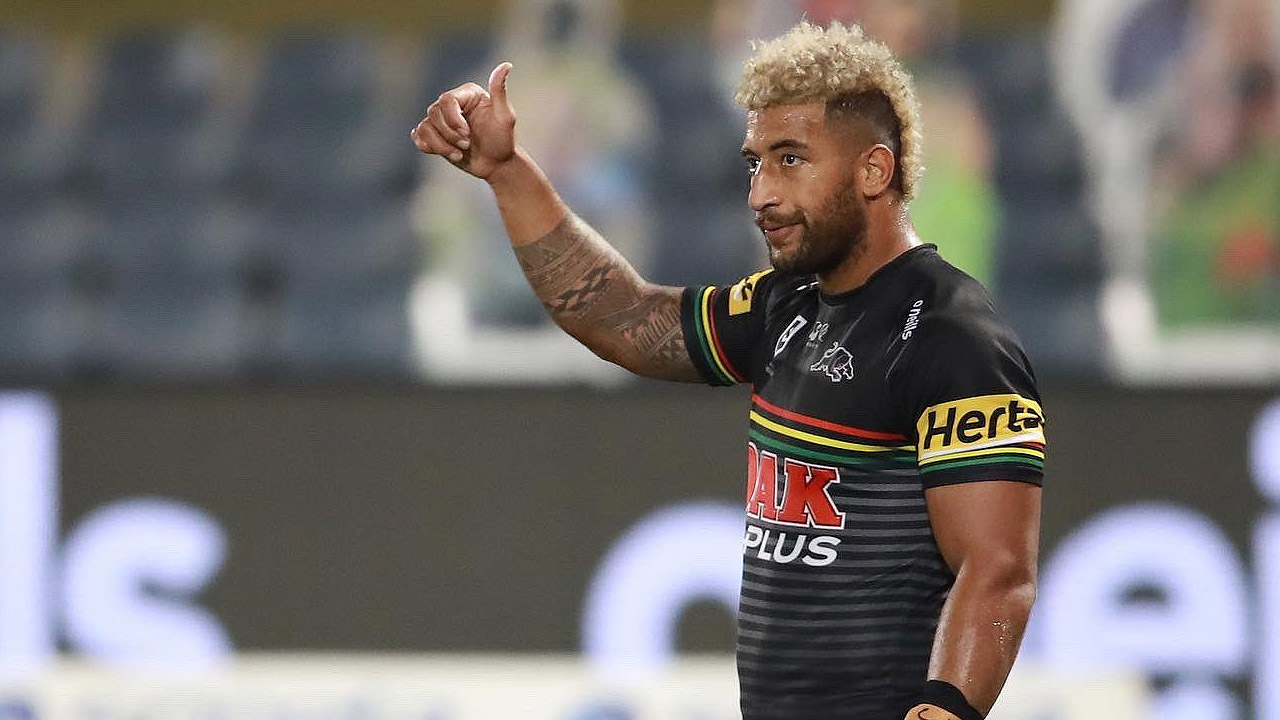 It’s a Super Sunday kind of week, with no Thursday night game allowing for a Sunday triple-header. We start with the Warriors (13th) and the Panthers (2nd) playing at neutral Suncorp Stadium. The Warriors have lost 6 in a row and can kiss finals goodbye with a loss today, while the Panthers suffered an Origin wobble but are still well placed to cruise to the end of the regular season. Next the Broncos (15th) host the Tigers (14th) in the second leg of a Suncorp double header. Both teams are realistically out of the finals race, but still have plenty to play for as they try to turn their clubs’ fortunes around. The final game features the Rabbitohs (3rd) against the Bulldogs (16th) in another neutral game on the Gold Coast. The Bulldogs are showing some fight but are likely to be severely outclassed by a Rabbits team that has won their last 5 and 13 of their last 15 games.

There are some changes for the Warriors, with Kane Evans and Josh Curran joining the bench in place of Jack Murchie and Ben Murdoch-Masila. Roger Tuivasa-Scheck is now playing the unfamilliar five-eight role. On Saturday, Tohu Harris has been named in the 2nd row pushing Eliesa Katoa to the bench. Chad Townsend has been named from the reserves to play Halfback pushing Kodi Nikorima to the bench and Sean O'Sullivan out. The Panthers main change is Dylan Edwards returning at fullback, with Jerome Luai going out with injury. The resultant reshuffle sees Charlie Staines back on the wing, Brent Naden at centre, and Matt Burton in the halves. The rest of the team looks the same as their last game, but the likes of Kurt Capewell, Liam Martin, Brian To’o, Isaac Yeo and Api Koroisau are backing up from Origin and could end up being withdrawn.

The Broncos should get Xavier Coates and Thomas Flegler back from origin, replacing Jamayne Isaac on the wing and Ethan Bullemore on the bench. The only other change is Corey Paix named to replace Jesse Arthars as the bench utility. The Tigers have a debutant, Junior Pauga who comes in at centre, with Adam Doueihi moving into the halves and Moses Mbye back to the bench. Stefano Utoikamanu is promoted to prop, with Alex Twal going back to the bench. Thomas Mikaele also gets a chance in the starting team, named at lock with Alex Seyfarth out of the team. Tuki Simpkins joins the bench as a young forward with big wraps. Late on Saturday, James Roberts was ruled out with Tommy Talau replacing Roberts at Centre.

The Rabbits get Latrell Mitchell, Dane Gagai, Damien Cook and Cameron Murray back from Origin. Their backups all go out (Maumouzelos, Burns, Taaffe, Sele). The rest of the team remains unchanged. The Bulldogs only have one change, with Ava Seumanufagai replacing Ofahiki Ogden on the bench.

Only the middle game looks close on paper, but both the Panthers and the Rabbitohs have a host of stars backing up from Origin, who could easily be rested on game day or have their minutes managed. I give the Bulldogs no chance, but I do think the Warriors can be dangerous. My preference is to play some Warriors and some Tigers and bring it home with a few high-upside pieces from the Rabbitohs.

Earlier in the season it looked like Laurie might be consistent source of fantasy value, but he’s now scored under 30 in 6 of his last 10 outings. While that is worrying, it also means that he’s stayed very affordable, and we’ve seen the 50+ ceiling a few times, including a 66. The Broncos are one of the best opportunities he and his teammates will get to put up some fantasy points, so I’m targeting Laurie today, along with the likes of Nofoaluma and Maumalo.

Kikau is usually a popular play, despite most of his scores settling in the uninspiring 30-45 range. With a truly massive 75+ ceiling, he’s unavoidable at this price. Throw in the fact that the Warriors are not exactly a defensive powerhouse, and that a few of his teammates are backing up from Origin, and I can see Kikau being a key focus for the Panthers attack today.

I’ve not spoken kindly of Brisbane so far in this piece, but they have shown some improvement as the season has gone on and unearthed some handy young players that are always floating around in the rich Brisbane talent pool. Hetherington is one such player, who has shown some spark and grit in the middle of the field and been rewarded with a new contract and a chance to play at lock. Last game he managed 37 points in 48 minutes, but his upside is much higher and with the HOK eligibility I think he’s a good play today.

Lewis was a late inclusion last week and went on to score two tries and put up 57 points at tiny ownership. These are points that are not worth chasing, as the Rabbitohs are unlikely to give the Bulldogs many point scoring opportunities, and the price increase makes the required 65+ ceiling unlikely. Halves partner Jake Averillo is at a similar price and very unlikely to put up enough points to matter.

Yeo is a handy player, but this price is simply too high when you consider that he’s backing up from Origin and they have 4 forwards on the bench to give him ample rest opportunities. I much prefer Kikau and Fisher-Harris from the Panthers forwards. Brian To’o is another Panthers Origin star that I’d have some concerns about in this game, as his price is even higher and he has looked a little banged up recently.

It’s no secret that Walsh is a gun young player, but after just 8 games we don’t truly know what kind of fantasy potential he has. So far, he has averaged 50 points while putting up a ceiling of 70 points. Complicating matters is that both his highest score and his lowest score came when starting from the bench and playing 26 and 46 minutes respectively. What I’m saying is we might have a 60 point player on our hands, and despite the tough matchup today I do give the Warriors (and therefore Walsh) some chance of springing an upset and creating some fantasy goodness. 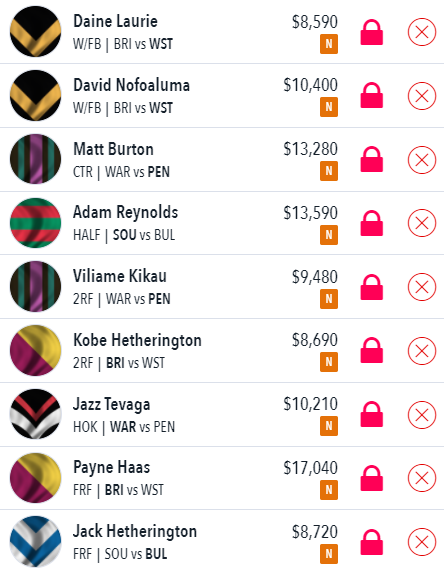