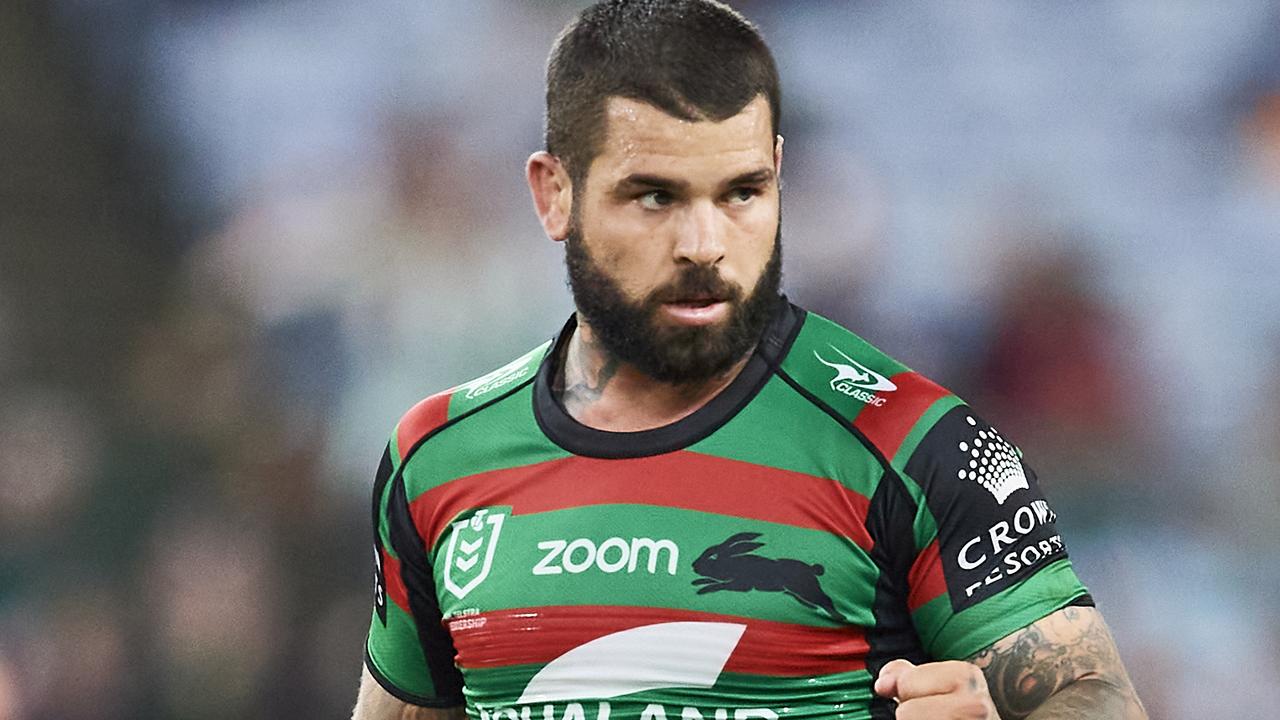 Super Saturday in Round 19 doesn’t look overly exciting, with some very good teams taking on some very bad teams. Still, there is a bunch of DFS slates to be taken down. We start with the Rabbitohs (3rd) against the Warriors (14th) on the Sunshine Coast. Next is the Sea Eagles (6th) against the Wests Tigers (12th) on the Gold Coast. It ends with the Panthers (2nd) against the Broncos (15th) at Suncorp Stadium. That last one is a little confusing as it’s a Panthers home game in the Broncos home stadium, but I doubt it makes much difference. Queensland should turn on a lovely winters day for every game.

The Rabbitohs get back Origin stars Latrell Mitchell (fullback) and Jai Arrow (bench), with Blake Taaffe and Liam Knight out of the team. Both Alex Johnston (injury) and Taane Milne vacate their wing spots, with Josh Mansour and Jaxson Paulo getting their first games in a while. Milne however will play in the Centres after Campbell Graham was ruled out due to concussion, with Braidon Burns out of the team after playing that role last week.

The Warriors have some big changes, with Tohu Harris, Rocco Berry, Wade Egan and Roger Tuivasa-Scheck picking up injuries last week. Adam Pompey returns at centre, Kodi Nikorima moves back into the halves, Jazz Tevaga shifts to hooker and Josh Curran to lock. Jack Murchie comes into the team in the second-row, and Taniela Otukolo and Bunty Afoa join the bench.

The Eagles bring Tom Trbojevic and Daly Cherry-Evans back into the team after their post-Origin rest. Reuben Garrick moves back to the wing with Moses Suli out of the team. Josh Schuster moves back to the second-row, where Karl Lawton’s spot is vacant thanks to a back injury last week. Jake Trbojevic is another Origin star back from his own injury, pushing Sean Keppie back to the bench and Kurt De Luis out of the team. Josh Aloaia also returns, with Jack Gosiewski out. The Tigers are unchanged.

The Panthers welcome back Jarome Luai with Matt Burton moving back to the centres and Brent Naden going out of the team. News on Friday that Api Koroisau was suspended for two matches by the NRL with Mitch Kenny now playing at Dummy half. The Broncos are essentially unchanged, with some minor reshuffles. Jordan Riki is promoted to start in place of TC Robati who picked up a bad cork last week. Thomas Flegler is also promoted to prop in place of Rhys Kennedy.

Not sure I’ve seen a more lopsided slate than this one, with three top 6 teams against three bottom 5 teams. I can’t see much opening for a major upset, but there could definitely be some games that are closer than expected.

It’s been 5 games since Crichton has had anything approaching a ceiling score, which means he’s overdue. He scored 48+ four times in his first 12 games of the season, which is more than enough at this generous price. The Broncos shouldn’t put up too much resistance after conceding 48 points to the Tigers last week.

This one is less clear cut, as Reynolds is a bit more up and down this season than usual. He’s just cheap enough to only need about 60 points in a GPP lineup, which has happened in 5/16 games this year. The Warriors should give up plenty of points, which gives an excellent chance to pile up some attacking points, and some bonus goalkicking points on top.

The young Manly backorder is a giant, and he’s really exploded in the last 5 weeks with 4 50+ scores. That means he’ll be popular, but for good reason with another easy matchup and still cheap enough to smash his price tag.

Staggs actually looks pretty good out there on the comeback trail from a bad ACL tear (they’re all bad!). He’s still not at 100% though, and his price reflects his career best form last year, so I can’t see him touching the 55-60+ score needed to pay it off. Especially against the Panthers.

Burton is DFS poison in that he’s shifted back from a lucrative scoring position (halves), into a position where he scores far less (centre). It’s the same thing we’ve been seeing with Joey Manu recently. His chances of paying off this price tag in the centres is almost zero. Reuben Garrick is in a similar position today with his move back to the wing, although he has been scoring ridiculously there of late.

Who Knows - The HOK position

There are a couple of cash type plays with seemingly secure roles (Lachlan Croker, Jazz Tevaga), but neither are cheap enough to be locks. Damien Cook is the premium option who has been a little down during the Origin period but could rebound. Jake Turpin and Jacob Liddle are pretty expensive, but both have explosive upside. Kobe Hetherington has looked a little ragged the last couple of games, but his upside is still unknown so early in his career. I can’t nail down or rule out any of these guys, so go nuts! 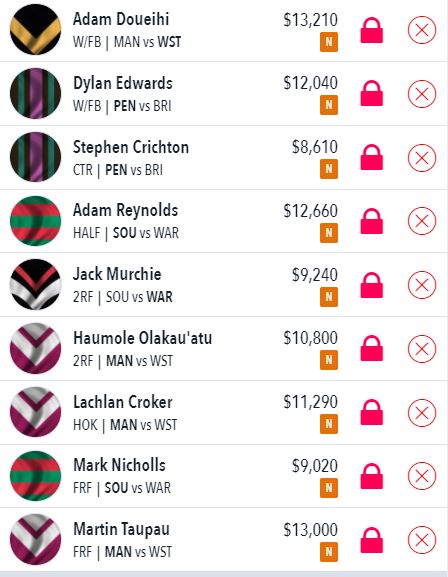