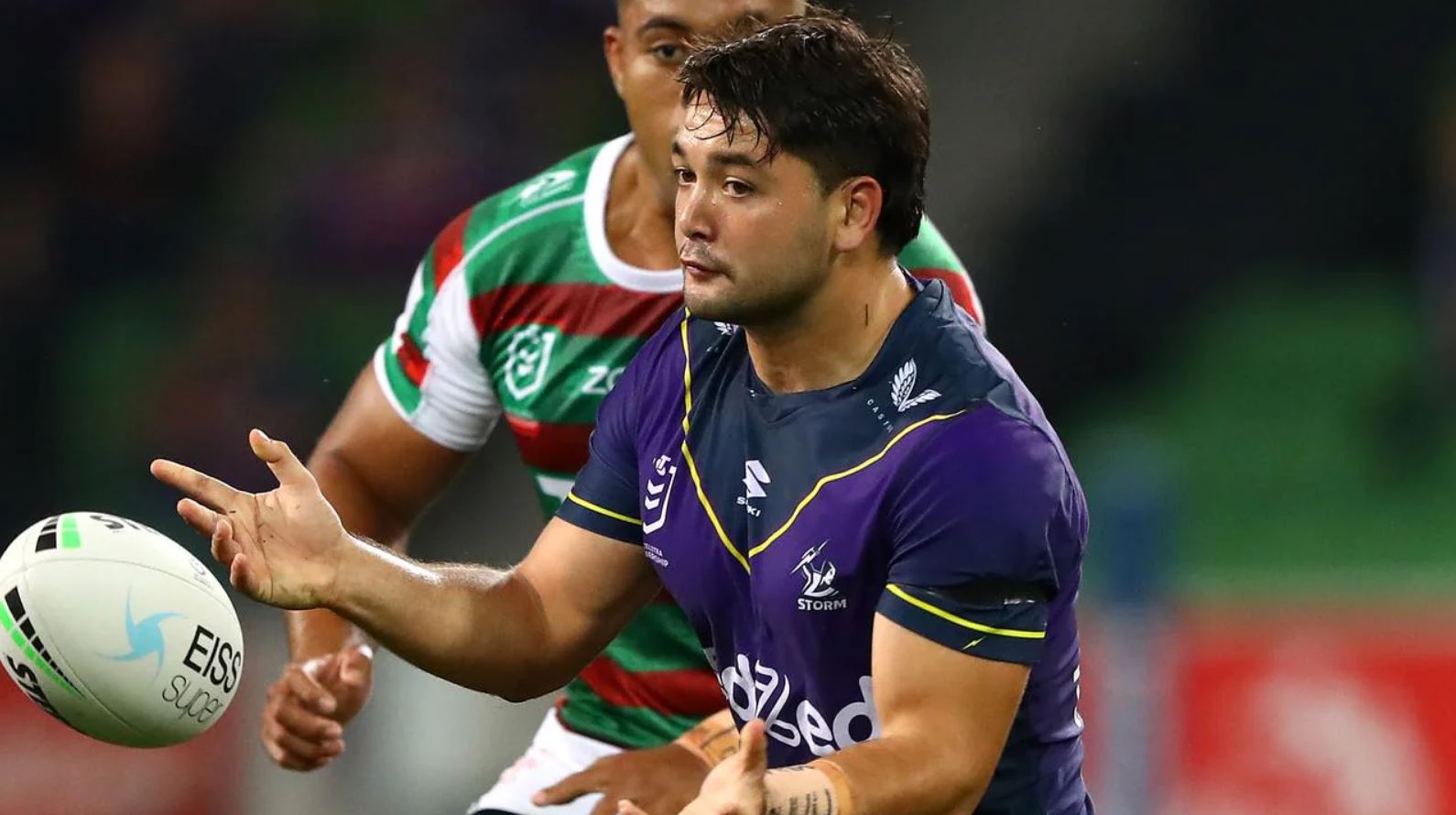 Did you enjoy Round 1? I certainly did. No big Draftstars results for me but good enough to go again this week. We start what looks like a very wet round of footy with another blockbuster involving the Melbourne Storm. This time they travel to Parramatta to take on an Eels team which had a nervous win over the lowly Broncos. No matter how they got there, both teams got the points in Rd 1 and will be looking to get the season off to a flier with another hard-fought win.

With AFL back on the agenda this week, the prize pools at Draftstars have taken an understandable hit. Tonight we’re playing for $20,000, with a top prize of $2,184. I really like the pricing, it’s not easy to make a good line-up without getting a little creative.

The only change to either team list is Marata Niukore onto the bench in place of Keegan Hipgrave. With no big name players lurking in the reserves, we should be pretty safe to get the teams 1-17 at kickoff.

The Storm are pretty big favourites on the road, which surprises me. I guess the poor start against the Broncos is counting against the Eels. I see the game as much closer than that, and will even be going with the Eels in my tipping comp. I’m not sure what impact the wet weather will have on the game, but it may make it a little harder for the Storm to spread the ball wide as they tend to do so often.

Opacic gets a big boost this year by coming to a strong team who can give him more attacking opportunities on the left. He’s a solid defender and generally doesn’t do much wrong. Even as the most expensive CTR available, he seems the most likely to hit a ceiling game given that he’s running at Reimis Smith and George Jennings, who gave up plenty of points to Gagai, Johnston and Latrell last week. Maika Sivo can also benefit from this.

It’s close, but I’ve got Smith as the slightly better scorer in a H2H battle with Reed Mahoney at the HOK position. Mahoney might be popular after last week’s massive score of 106. He could excel again, but I’m looking at Damien Cooks struggles against the Storm (plus most of the other middle players for the Rabbits) and thinking there’s a chance that Mahoney is a bust at big ownership. The fact that Smith is also available at 2RF complicates matters a little as we can play both of them. If I can only make one line-up, I want Smith at hooker.

Brown was a revelation in 2020, massively lifting his average to around 50. He got off to a slow start last week, but the fact that he scored 36 in a game where he did very little in attack is very encouraging (29 tackles!!). It won’t be easy to have a ceiling game against the Storm, but thanks to a decent price drop he will only need one or two big attacking plays to push into winning lineup territory.

I mentioned above that middle players didn’t do very well against the Storm last week (or last season apparently). That’s just one reason I’m off Reagan. The other is that his minutes seem to be declining, thinks to a fitter Junior Paulo who spent the summer training for his boxing match, and new recruit Isaiah Papali’i having a big impact off the bench. He managed a career high 55 minutes per game last year, but I think he’s going to be a 45 minute player at best going forward.

I hate to single out Jahrome two weeks in a row to start the season, but he’s just too expensive at the moment. He did score 60+ in 6/19 games last season, so I won’t keep doing it, but I don’t think one of those ceiling games is coming this week. If he was priced down near Dylan Brown I’d be much more interested. One thing to consider is that he will likely be the lowest owned of the 4 halves, so you could try to put him into an otherwise chalky lineup for some leverage.

Reimis scored an ugly 8 points last week, mostly thanks to Latrell Mitchell running rings around that whole side of the field. He’s a better player than that and will have success at times in this Storm team. Will it be this week? It’s hard to say given the strong opposition and bad weather, but it might be worth having a couple of shares in him. The Broncos found some success attacking Parra on the right side of the field. George Jennings is another minimum priced Storm back who could benefit from this also. 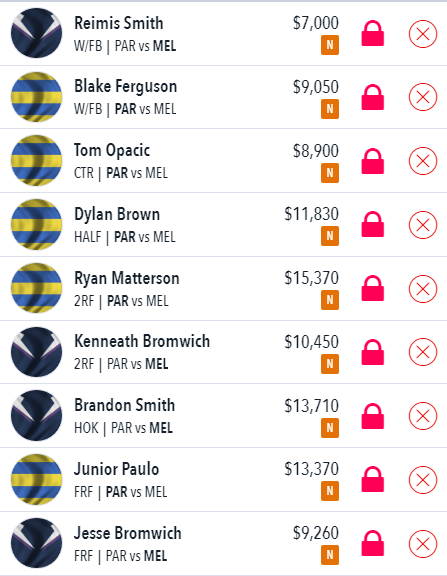