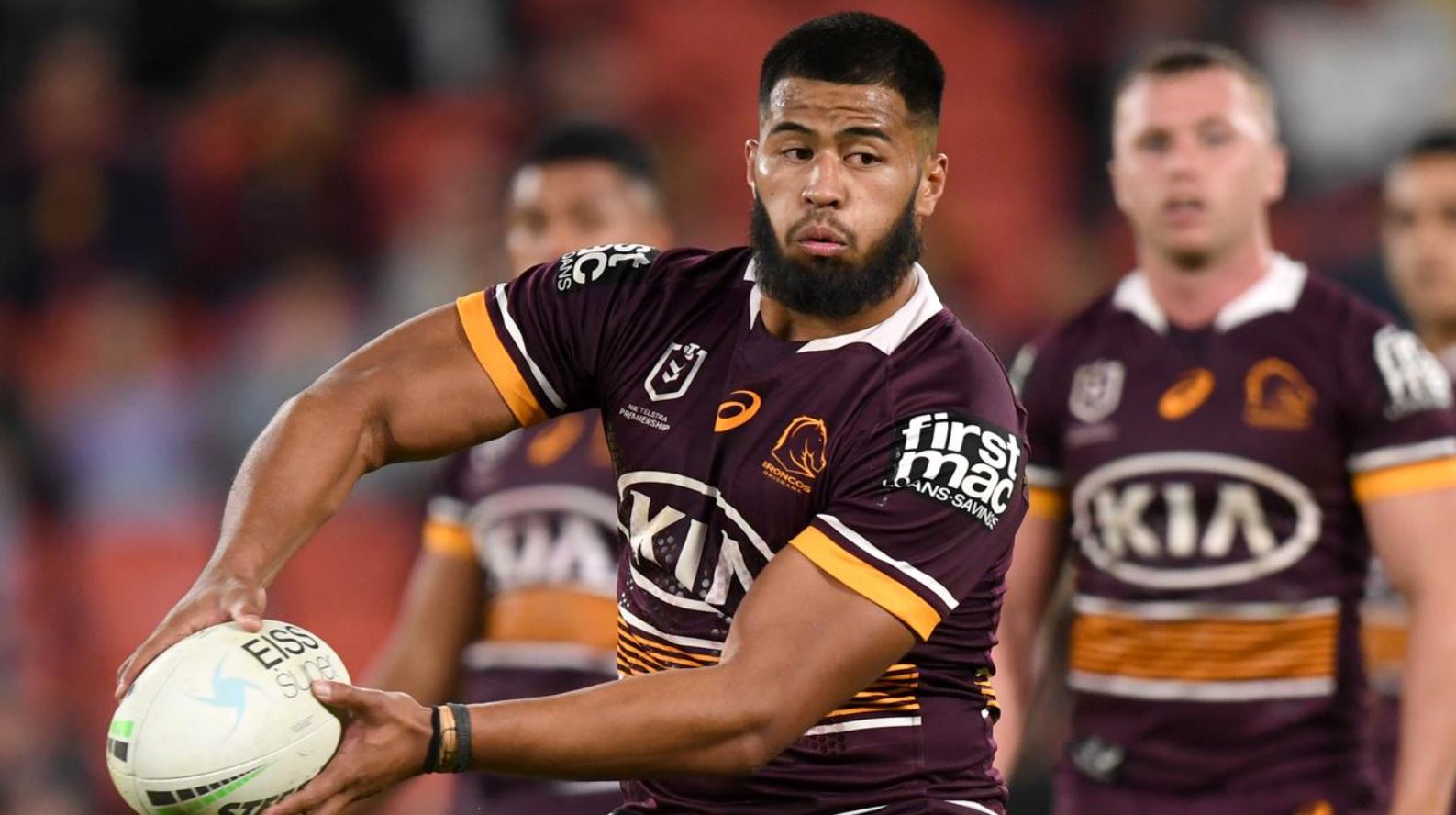 The NRL continues their Queensland journey with a double-header in Brisbane on Friday night. Suncorp stadium will host both matches back to back for all four teams pretty much out of finals contention. First up is the Tigers (12th) taking on the Warriors (14th) followed straight after is the Qld derby between the struggling Broncos (15th) and Cowboys (13th). Both matches look pretty even between the four so this sets up as a nice looking Friday Night slate.

Brisbane - Clear conditions - perfect for a double-header (although dew may settle in the later match).

In another change to the pack, Thomas Mikaele is out and replaced by Joe Ofahengaue, who has been promoted from the bench to start.

Eliesa Katoa has been named but could be a late out due to concussion. The problem is that the Warriors only have 19 “fit” players. Peta Hiku returns from a shoulder injury and will play at five-eight but the Warriors lose Roger Tuivasa-Sheck and Leeson Ah Mau who have gone back to New Zealand. Taniela Otukolo has been named to start at hooker with Jazz Tevaga going to start at lock with Josh Curran out of the side.

For the Broncos, Rhys Kennedy has a minor back problem so keep an eye out on team news. Jake Turpin has been named at hooker despite having a broken thumb against the Panthers last week so once again, check team news before kick-off. Danny Levi could get the start if Turpin is pulled out.

The Cowboys are essentially unchanged from last round. A bench change may occur but the same 13 last week should be named at kick-off.

All four teams with the exception of Payne Haas are not exactly fielding the most potent fantasy players with the likes of Matthew Lodge, Tohu Harris, Tevita Pangai-Junior and Roger Tuivasa-Sheck all missing. So this slate will boil down to the team that can win and win well. The Warriors look just about done after being steamrolled last week. So my leans are on Tigers backs and look to blend in some Cowboys/Broncos forwards. Although the Tigers/Warriors options look cheap enough to roster. Payne Haas almost looks essential in your lineups after his fantasy ton last round.

Maumalo is facing his old side that he left a few weeks back, so like any athlete facing former teammates, Maumalo is looking to shine on Friday. Still priced at the minimum and while his fantasy scoring is much volatile since his arrival at the Tigers, I believe there will be plenty of points in this match.

Taunoa-Brown has been coming off the bench for the Dragons who have been on loan from the Warriors. With the New Zealand side now losing player after player, Taunoa-Brown has been yanked back and gets the start. I wouldn’t be inspecting big minutes but his price has fallen so far that he is automatic value if he gets up to 30-35FP.

The young Queensland prop is having an exception season for the Tigers which was highlighted with a Maroons call up earlier this month. On his return to the Tigers Utoikamanu has rattled off 44FP and 62FP performances. There are cheaper front rowers available on the slate but is a good alternative if you cannot get to Haas or not so sure on Taunoa-Brown.

Plenty of options in this price range with the likes of Eliesa Katoa, Bayley Sironen and Joe Ofahengaue at similar prices. But as I mentioned, I am looking at Broncos options and Riki has shown a great upside with his tackle break ability. After a 80 fantasy point effort against the Tigers, Riki backed it up against the Panthers with 59. If Riki can go 50+ then he is underpriced for the slate.

Barring injury, Haas will be easily the highest scoring player on the slate after his mammoth 108FP last week against the Panthers. An incredible 14 tackle breaks last week and this Cowboys front line is not exactly the Great Wall of China. There is simply not much more to say  but start your teams here and eat the chalk. 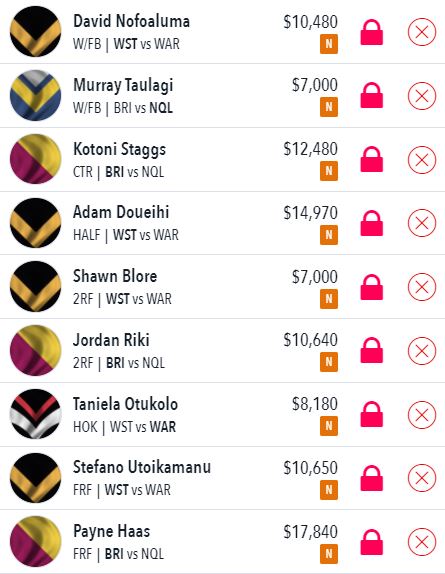