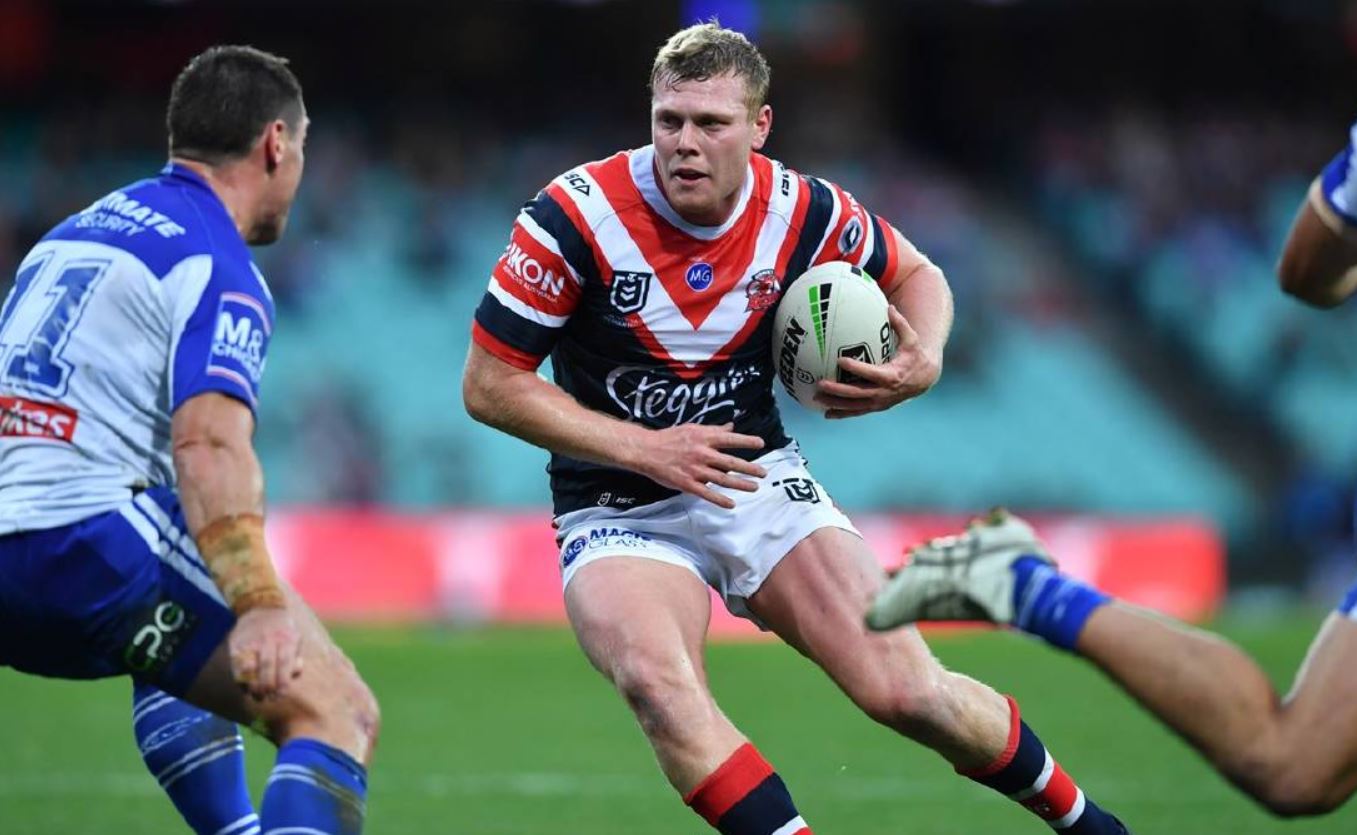 Back to Brisbane for Friday Night NRL Double Header action with a couple of short priced favourites looking to continue their charge towards the NRL Finals. First up on Friday night is the 10th place Dragons taking on the Panthers (2nd) then we have the Broncos (15th) looking to survive against the Roosters (5th) in the second match at Suncorp. Let’s get stuck into some daily fantasy contests on Draftstars for Friday Night.

Brisbane - Partly cloudy conditions - another perfect night for a double-header.

So after losing four games in a row from that infamous BBQ, all Dragons players have now served their suspensions. Gerald Beale comes in at centre for Cody Ramsey whose mouth was busted up last week. Tariq Sims is suspended so Tyrell Fuimaono is named to start in the second row. No room for Matt Dufty with Jack Bird still at fullback.

For the Panthers, Nathan Cleary has been named in the reserves once again but indications are that he is on track to play. Whether Cleary starts is another question? Might be a cameo off the bench. Api Koroisau could not get off his conduct charge so he is out with Mitch Kenny starting at Hooker. Another one to keep an eye on is Tevita Pangai Junior who was a late out last week due to personal reasons.

The Broncos welcome back Xavier Coates to the wing replacing Jamayne Isaako while Selwyn Cobbo is in for Jesse Arthars. Herbie Farnworth has been ruled out due to failing to complete training on Thursday. David Mead will replace Farnworth at centre. Thomas Fleger is back in the Front Row and Albert Kelly is back in the halves. Anthony Milford is a late addition to the bench on Thursday.

The Roosters lose Angus Crichton to suspension and Jared Waerea-Hargreaves who is just too busted up to keep going at the moment. Sitili Tupouniua will play in the second row and Naufahu Whyte will play from the bench.

Well before the slate starts, we are going to get the news that Nathan Cleary is going to play or not and if he does, will he start? Regardless if he does or not, I am happy to let others pick him and sweat out how he goes. The Panthers and the Roosters are pretty short in the market so I will be attacking the backline of each side and there is enough value from the outsiders to fill in the forward line.

Some good value in the Hooker position but it is a shame that they occur in the same match. Levi was given the keys to the full 80 minute dummy half role last week and duly saluted with a 57FP effort against the Knights. With no bench cover once again from the Broncos then Levi is the logical choice in this position. Sam Verills is a good pivot at $450 more expensive but he hasn’t shown the ceiling of 50+ scores so far this season.

Fuimaono is back after his suspension and straight into the starting role with Tariq Sims out of the side. Back in Round 20 against the Rabbitohs, Fuimaono played the full 80 minutes and scored a try against the Bunnies. While the ceiling is ok, Fuimaono is a good pivot off Billy Burns who also has been hit value at his salary.

Backing the truck up here after nailing JDB at a cheap salary last week. Season high tackle count against the Raiders and up against the high flying Panthers who will be relentless in their attack. The price rise is significant but we are still getting de Belin at a $2,000 discount on where he should be. The luxury of either 2RF or FRF makes him flexible in your contest lineups.

The allure of picking Sam Walker in an easy matchup is enticing, the consistency of Hutchison however over the past 5 rounds makes him a prime target on Friday. A five match average of 52FP Hutchison provides the majority of the kick meters in the Roosters attack can bob up for a line break or try assist. While he is no Nathan Cleary, Hutchison represents value in the HALF position.

With Origin a decent memory, Tedesco has now been building quite nicely in this last part of the regular season. However, Tedesco has not scored a try in NRL competition since April and has a great matchup against a side that leaks 30 points a game. Was super cheap a few weeks ago but still represents fantastic value if the Roosters give the Broncos a hiding. 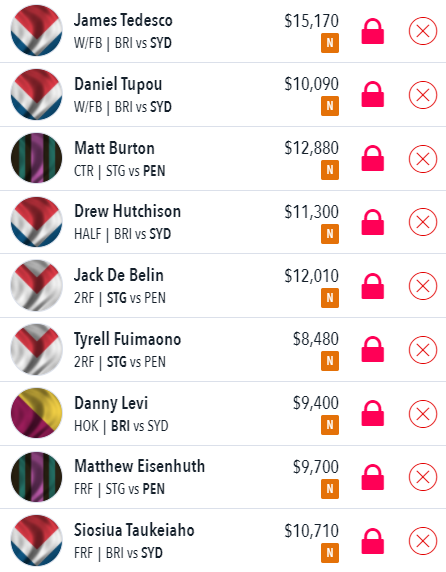