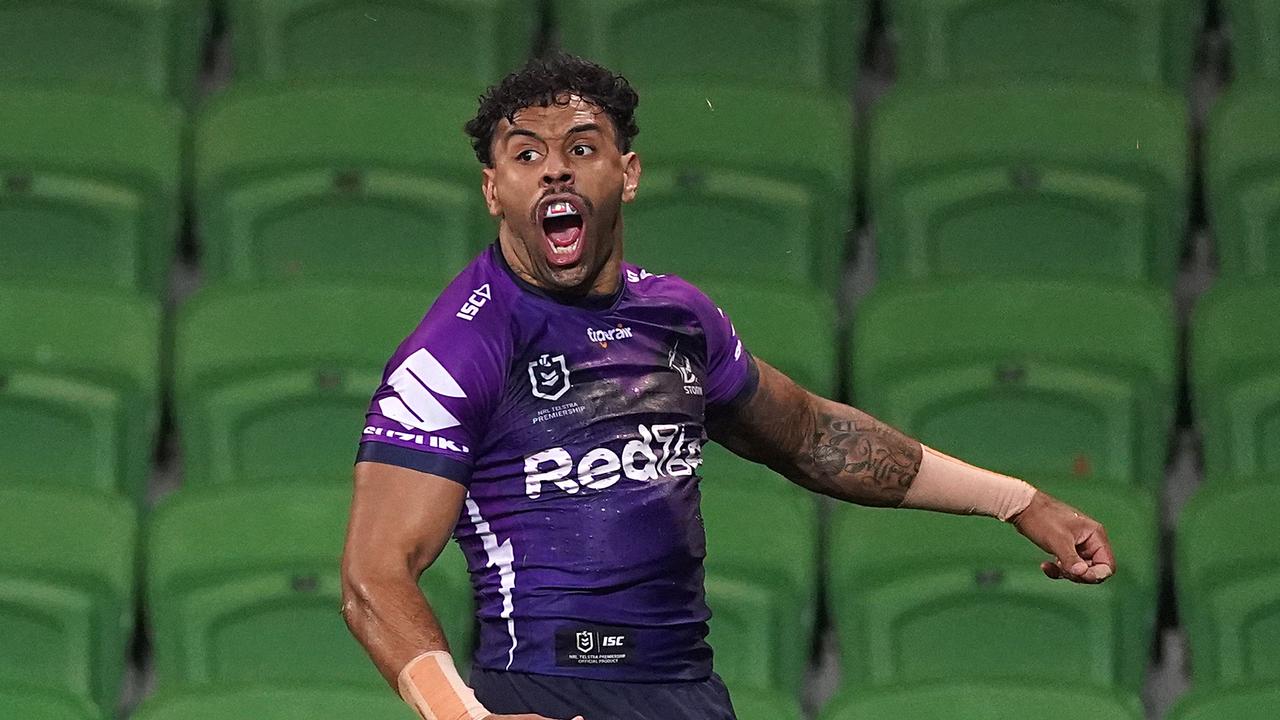 Round 22 is upon us, and there is a collection of teams sitting in the 7th-13th range on the ladder who will be feeling immense pressure to finish strong. One such team is the Canberra Raiders (7th), who get the toughest task in the NRL when taking on the Melbourne Storm (1st) to kick off our weekend. The game is on the Sunshine Coast, and the Queensland weather should be perfect once again. Speaking of perfect, the Storm have won 17 straight games, but these dominant runs have to end eventually.

The Storm welcome back forward Felise Kaufusi (second-row) but lose Nelson Asofa-Solomona (hamstring) after being named on Tuesday. Tom Eisenhuth replaces NAS on the bench and Tepai Moeroa making way from last week’s team. Harry Grant and Ryan Papenhuyzen remain on the bench, capping the upside of the likes of Nicho Hynes, Brandon Smith and Dale Finucane.

The Raiders also have two changes, with Bailey Simonsson (wing) and Iosia Soliola (bench) named to return, forcing out Semi Valemei and Elijah Anderson. Similar to the Storm, the increased role of Tom Starling on the bench is limiting the opportunity for Ryan Sutton in particular.

From a betting perspective, I’m much more interested in the massive odds on the Raiders. However, the most likely outcome is still a handy win for the Storm, and we should build our lineups accordingly. I do give the Raiders forward pack a good chance of staying in the fight, so a lot will depend on their shaky backlines ability to capitalise on whatever opportunities come their way.

The Fox had a strong middle part of the season, before crashing back to earth hard with consecutive sub-20 scores in the last two weeks. Thankfully, his price has come crashing just as hard, and he’s now a strong value if you think the Storm get on top. He’ll likely be running at an edge of youngsters Timoko and Smith-Shields, who are very talented but surely can’t be called a solid defensive pairing just yet.

Welch is different to Josh Addo-Carr (in many ways), in that he started the season very strongly before tailing off over the Origin period. Some head knocks and injury niggles played their role in that. He’s now had 3 solid games back and is pretty cheap after the average run of form. I like the chances of Welch being the guy who puts his hand up to stick it to the powerful Raiders forward pack and racking up plenty of stats as a result.

Speaking of the powerful Raiders pack, Tapine is a prime reason that the team has started to turn it’s fortunes around late in the season. After some indifferent form (and attitude) early in the season, Tapine seems to have gotten back in the good books of Ricky Stuart lately as his role has grown each of the last few weeks. 55+ minutes and 50+ points is well within the realm of expectations.

The Raiders weakness this year is their backline, which has been ravaged by injuries and the departure of George Williams. Croker has been one of the biggest issues, as his knee and shoulder issues have caused him to miss games and perform well below his normal level in the 11 games he has played. At 31 years of age, I’ve decided that the sun has set on Croker’s fantasy usefulness, and I’d rather chase the upside of his young teammates on the other side of the field (aforementioned Timoko and Smith-Shields).

At this price I would have been piling in on Whitehead the last few seasons, but he’s on the same career trajectory as Croker. In this case he’s still a pretty handy player in real life, but he’s almost 32 and just not as busy as he was. His fantasy upside is capped, with at least one try a must if he is to reach 50+ (only happened once this season). There’s a lot more upside in other 2RF options.

Papenhuyzen isn’t back to his best after injury yet, but it could happen at any moment, he’s getting closer for sure. He’s also still on the bench, which is a big problem for a player who usually does his scoring in a full 80 minutes. It doesn’t seem wise, but I think some Papenhuyzen shares might not be the worst idea, mostly because he’s a big play specialist and can easily reel off a couple of 25 point plays no matter how short his stint on the ground is. If he comes on the field before halftime, I think a slate-winning could be a possibility.