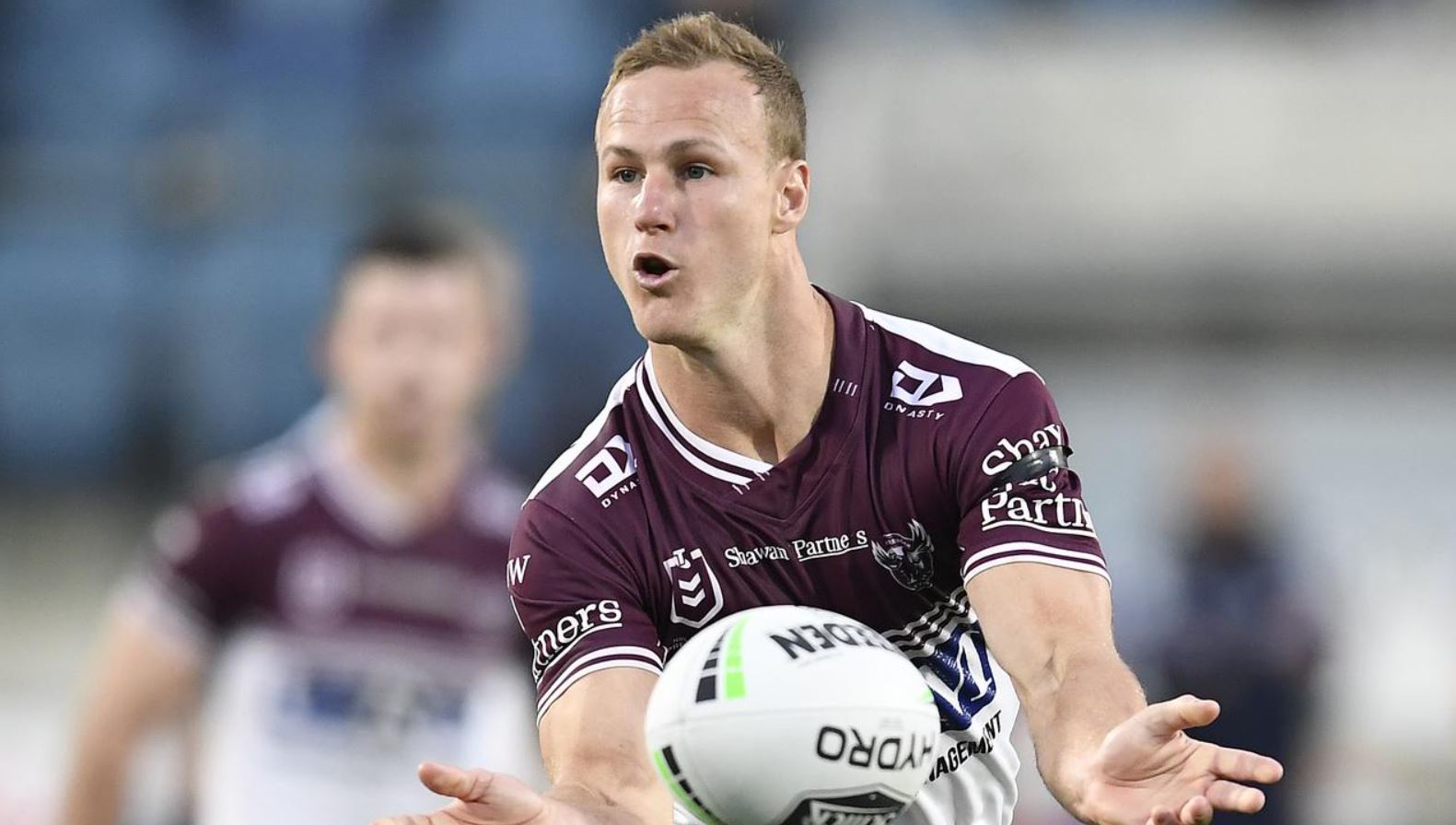 Pretty much deadset the best Friday Night NRL Double-Header by far is coming up for Round 23. It has been a long time coming but the fixture Gods have aligned and we have two cracking matches to get stuck into. Suncorp in Brisbane will host a double-header with the Raiders (9th) who are looking to get back into the Top 8 taking on the Sea Eagles (5th). Straight afterwards the Panthers (2nd) and Rabbitohs (3rd) will go hammer and tongs to secure a Top 2 spot for the Finals. Going to be a cracker.

Brisbane - Sunny day but might slick up with dew setting in as the evening progresses.

For the Green Machine, Tom Starling is out with a broken jaw and Corey Harawira-Naera is out for that shocking high shot against the Storm. Interesting that the Raiders brought in Matt Frawley on the bench along with Charnze Nicoll-Klokstad who is back after a long injury layoff. Jarrod Croker is also out with a head knock with Seb Kris at centre.

At Manly, Tom Trbojevic is out giving him a week to rest his swollen cheek plate. Brad Parker is out with a head knock with Moses Suli to play in the centres. Josh Aloiai starts in the Front Row.

Api Koroisau is back after suspension with Mitch Kenny shifting back to the bench. Kurt Capewell returns to the side via the bench.

The all-stars of the Souths backline are back with Alex Johnston, Dane Gagai and Campbell Graham returning. They replace Taane Milne, Braidon Burns and Jaxson Burns. Jaydn Su’A is also dropped.

Three exceptional scoring fantasy teams are on the slate and then you have the Raiders. Unfortunately for Raiders fans, prices are pretty high for expected output so you will find some very low ownership across the board. I will be targeting Sea Eagles options in the single match first up but not sure I can spend $30,000 of my salary on two W/FB options. As for the 2nd match, it is all about the left edge for the Rabbitohs. Can they succeed against the Panthers line? The Bunnies are in red hot form but with Cleary 2nd up after his injury, it is going to be a joy making lineups. With so many premium options this week you are going to find plenty of value in mid-tier selections.

With Souths backs priced up after some huge weeks, the Souths forwards have been left to twiddle their thumbs waiting for restarts from kick offs. Both Arrow and Nicholls have been playing under 50 minutes but can put out point per minute production in a tight contest. These two should be priced in the $10k price range and will gladly take the $2k discount on each player.

46 Fantasy Points from an 18 minute cameo off the bench is almost Payne Haas like numbers but Suli does represent some value in the CTR position. Not sure Matt Burton goes big again at Centre and the remaining CTR options are not exactly locks at their prices. Willing to punt on Suli who could make a mess of the Raiders edge but he can also burn you as well. This is Suli’s first full game in 5 weeks.

On paper it looks like a great mid-priced selection with the potential of Koroisau’s fantasy output. Suspended last week but straight back in, the Panthers have kept Mitch Kenny on the bench which will cut into Koroisau game time. If you are looking to save in the Hooker position then Koroisau is fine and has the ability to go 50+FP. It is all about how many minutes…

Rapana continues to thrive in the fullback role producing high run meters and high amounts of Tackle Breaks which boosts his fantasy score. Scored 47 fantasy points against a very hard Storm side and can cross the tryline if given the opportunity (3 tries in 5 weeks). The price is creeping up but his a great alternative if Tom Trbojevic is ruled out before kick off.

I have confidence in DCE regardless that Trbojevic is not playing Friday Night, it actually will boost it. The Sea Eagles attack will refocus back on DCE and he should use his kicking game more often to move the Raiders defence around. The salary has fallen a tad and if the Sea Eagles get on a roll then he can easily match the likes of Nathan Cleary. I will also suggest that many will jump on Cody Walker after his big game last round (84FP against the Titans) so we can grab him at low ownership. 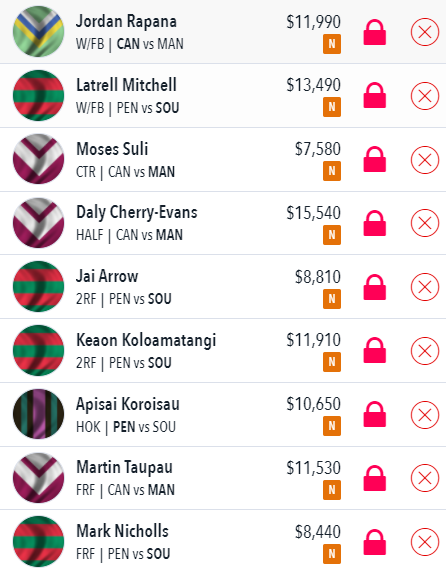