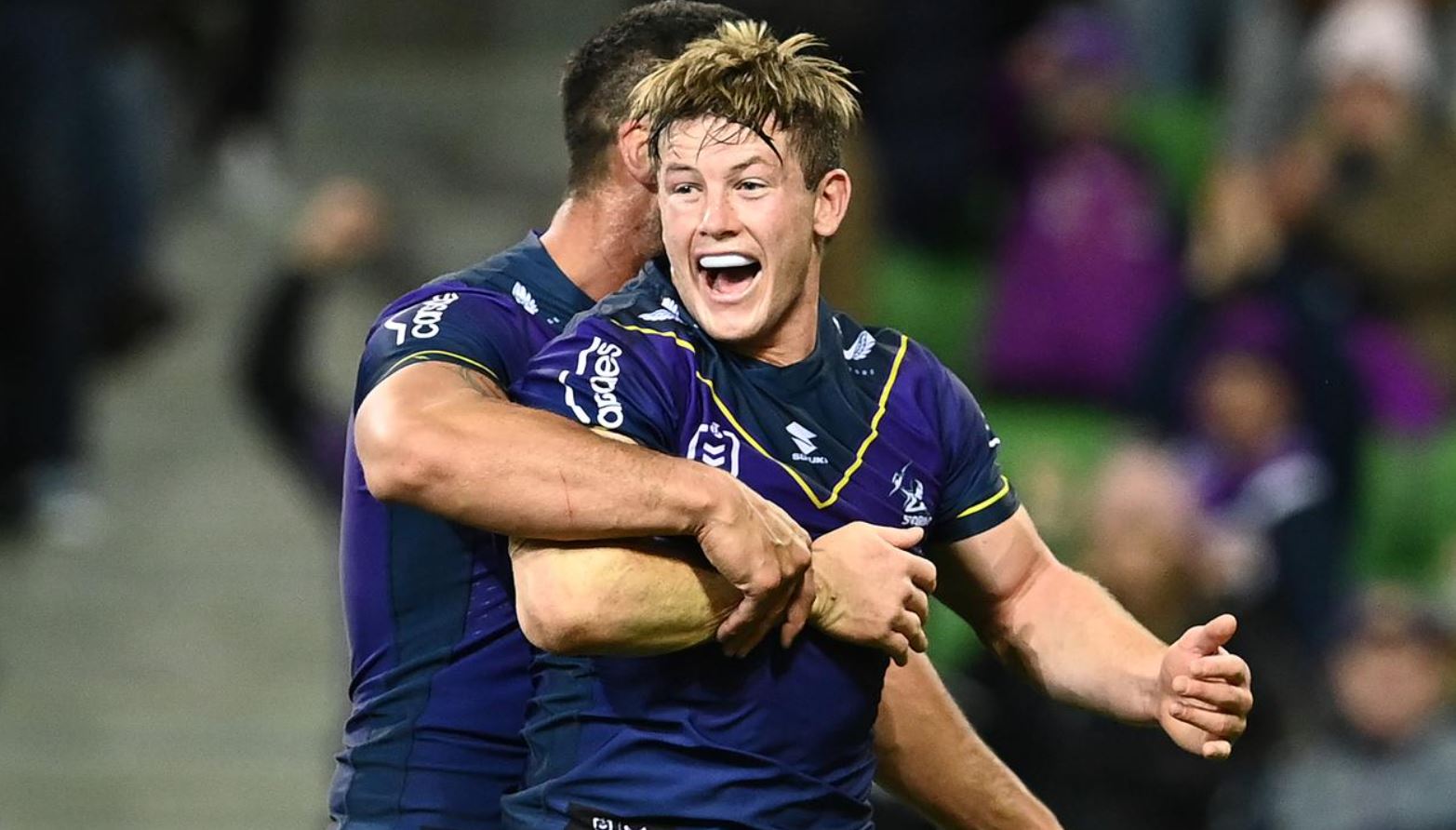 We’ve made it to round 23, and we kick off with a couple of teams that still have plenty to play for (to varying degrees). The Gold Coast Titans (8th) are hosting the Melbourne Storm (1st) at Cbus Super Stadium, with the opposite ends of the top 8 spectrum leading to a desperation for the Titans, while the Storm are starting to cruise home and manage their stars.

The Titans have a few key changes, with AJ Brimson and Mo Fotuaika out with injury, as well as Mitch Rein and Toby Sexton being dropped. Jayden Campbell gets another shot at fullback in Brimson’s absence, and Jamal Fogarty resumes his spot as the teams halfback. Tino Fa’asuamaleaui moves to prop, with Sam McIntyre coming into the team at lock. Erin Clark takes Reins position at hooker. David Fifita is named to start with Beau Fermor back on the bench, but it’s fairly likely that they switch before kickoff as they have for a few weeks in a row.

The Storm also have several changes, with Jahrome Hughes, Brandon Smith, Dale Finucane, Justin Olam and Daniel Ieremia all out with injury/rest. Ryan Papenhuyzen and Harry Grant are finally back in the starting lineup at fullback and hooker respectively. Nicho Hynes moves to halfback to cover Hughes. Marion See comes in at centre, and George Jennings on the wing. Chris Lewis gets a start at lock in Finucane’s role. Tepai Moeroa, Cooper Johns and Jordan Grant all join the bench in what are likely to be cameo roles.

It’s unfortunate that the Titans have lost a few key players, otherwise I’d give them some chance against this somewhat weakened Storm outfit. Having said that, Craig Bellamy is the best at having his team ready to go no matter who is available, and it’s very likely that the Storm get another comfortable win.

The little pocket rocket has had a rough few months after an injury in Round 6 and then a massive high shot in Rd 10 which saw him miss seven games of footy with ongoing concussion symptoms. He’s now had 4 games playing roughly half a game as a utility and is starting to look like himself again. The timing for Jahrome Hughes to go down and open a starting spot is fairly ideal, and his price is pretty nice also. The Storm shouldn’t have any trouble scoring points, and we can expect Papenhuyzen to be involved in that, not to mention the likelihood of kicking some goals if he can wrestle the job back from Nicho Hynes. Hynes himself is still a nice play now that he’s almost assured of 80 minutes at halfback.

Lewis is the type of cheap, temporary starter who can often become a trap when they get less minutes than expected (Perhaps Sam McIntyre will be tonight’s example). I don’t think that Lewis is in danger of that, with a pretty weak bench featuring some low minute forwards and a utility. He’s showed an ability to score when getting a decent allocation of minutes and looks as good as any other cheap play on the slate.

We are presented with two options at HOK, at very different price points. From a value perspective, Grant and Erin Clark look fairly similar with an expectation of around 4 points per $1,000 of salary. Both have some risk of having their minutes limited by the presence of Cooper Johns and Tyrone Peachey on the bench, but I’m not expecting much impact. The reason I like Grant is his enormous ceiling, and the presence of plenty of value elsewhere on the slate to allow us to afford his bigger price tag. Injury aside, this is the safest way to spend up on the slate.

As far as I know, Fogarty has been biding his time out of the team while fully fit, just waiting for youngster Toby Sexton to show some weakness. It happened last week in a big loss, and Fogarty will be very hungry to reassert his ownership of the team and secure a spot for both himself and his team in the finals. That’s all very good, but his price is just ludicrous. He does have a big enough ceiling to pay it off, but against the toughest team in the NRL, and with Hynes and Munster cheaper than him, it’s very hard to justify spending up here.

I’m starting to realise that I include big Tino in my articles fairly often because I enjoy punishing myself by spelling his last name. Fa’asuamaleaui is a big name, and a big football player, but unfortunately, he’s still carrying that big price tag around as well. With lots of viable plays below him at 2RF, I’d only consider him in the FRF position where options are a little thinner on the ground. He does get the revenge narrative against his former team, but unfortunately that team is very restrictive and he’s unlikely to find the 70+ ceiling score needed to win you the slate.

Another big Titan with a big price, Fifita has become the ultimate enigma by starting games from the bench and then creating havoc when introduced to the field after 20-25 minutes. Last week we saw this plan fail for the first time when the dominant Rabbitohs held him to a measly 27 points. He’s a little cheaper this week as a result, but the matchup is again tough enough to bring his ceiling into question. Of course, he’s capable of scoring 30+ points in a single destructive run, so it you think the Titans can stay in the game then I’m not opposed to having some shares of Fifita. 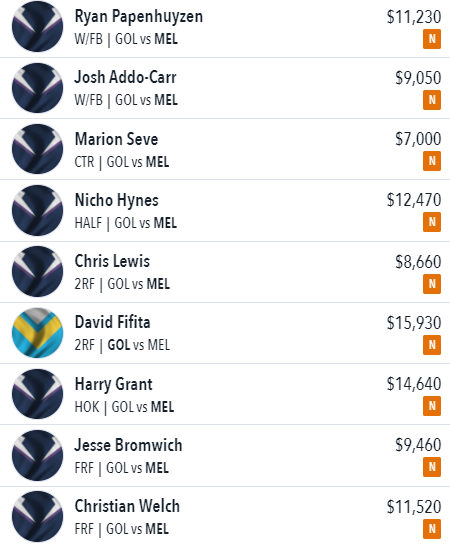