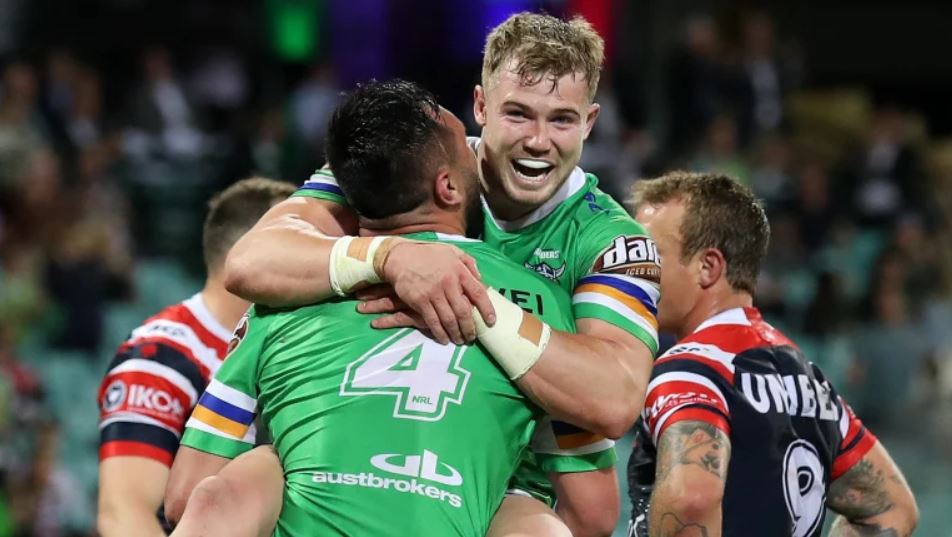 The 2nd last Double-Header slate for the NRL season greets us with two teams trying to keep their slim finals chances alive and another cracking late game between the league's elite. The Warriors (11th 8-14 18 points) and the Raiders (9th 9-13 20 points) start the slate off in Mackay followed by the Roosters (4th 15-7 32 points) looking to stay in the Top 4 where they take on the Rabbitohs (18-4 38 points) in Brisbane.

Mackay & Brisbane - Sunny days in both cities but might slick up with dew setting in as the evening progresses.

The Raiders have promoted Matt Frawley to the halves, replacing Sam Williams. The Raiders love shuffling their forward pack before kick-off, so do not be surprised if Corey Horsburgh or Emre Guler get a start.

The banged up Roosters are so banged up they couldn’t name 21 fit players on Tuesday. Adam Keighran, Dale Copley and Nat Butcher are all out with Lachlan Lam in the centres, Egan Butcher in the second-row and Brad Abbey playing his first game on the wing. The images of the banged up XIII are true, the Roosters can’t take a trick. But the tri-colours could be boosted by the reports of Damien Cook’s quad injury. Cook is named and indications are he will be ok. Josh Mansour is out for the season with a knee injury and Keaon Kolomatangi is also out. Jaydn Su’A and Jaxson Paulo are the replacements.

This is the best opportunity all season for the Bunnies to really give their cross town rivals a touch up before the start of the Finals. While the backline spine in Tedesco, Hutchinson and Walker remains intact, the powerful left side of the Bunnies attack along with a strong bench give them the edge in fantasy.

The Raiders also need to win big to keep their hopes of a top 8 alive and a big win against a Warriors team who look just about cooked. I’m looking to target value in the forwards and relying on high potential ceiling plays from the Raiders and Rabbitohs on this slate.

Easy decision to target the incoming replacements for the Roosters and E.Butcher (not to be confused with N.Butcher who plays on the same team) is the cheapest of the lot. Anytime we can get a potential 60+ minute game is a player I would like to attack. I wouldn’t be sucked into Fletcher Baker on the bench after his 37FP effort, I would rather the Butcher. Scored a try last week and posted season highs in minutes and run metres. Chalky but great value play.

As I mentioned I am looking for the Raiders to win well and we have a little value nugget here with Smith-Shields. Named on the wing but also CTR eligible, HSS had his best fantasy score last round with a 64FP against the Sea Eagles and has provided multiple tackle breaks in each game this season. The price hasn’t caught up yet and the position flexibility means you do not miss out on premium backs. His centre team mate in Matthew Timoko is another value selection that requires consideration.

Pretty easy choice considering his teammate Jaydn Su’A is more expensive and only is 2RF available. Along with impressive fantasy output in his last 4 matches (49.2FP average over his past 4 matches), Arrow is at a great price for this slate. Anything around that average means he goes x5 and will provide breathing room for your lineup. Like him alot here.

Those $10K days are long gone, and those were good times but I still believe that Mitchell is still a bit under priced for a $1.25 favourite. He may not have the cash style consistency you want in your head to heads or 6-mans but he has that GPP potential to fill the stat sheet. This is a massive game for the Bunnies and you would hope Mitchell targets the line containing Lachlam Lam and Brad Abbey who are unknown in their positions. Boom or bust this one.

Young doesn’t get too much attention in League media but as a fantasy player, he is up there with the likes of Tohu Harris in his ability to Tackle Break, Offload and create in the Raiders edge attack. A 5 game fantasy average of 75 and 4 scores out of that 5 over 60 he is a great pay up option that could go under the radar. 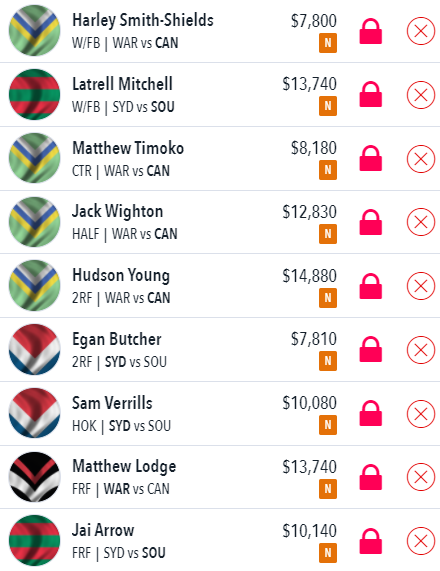