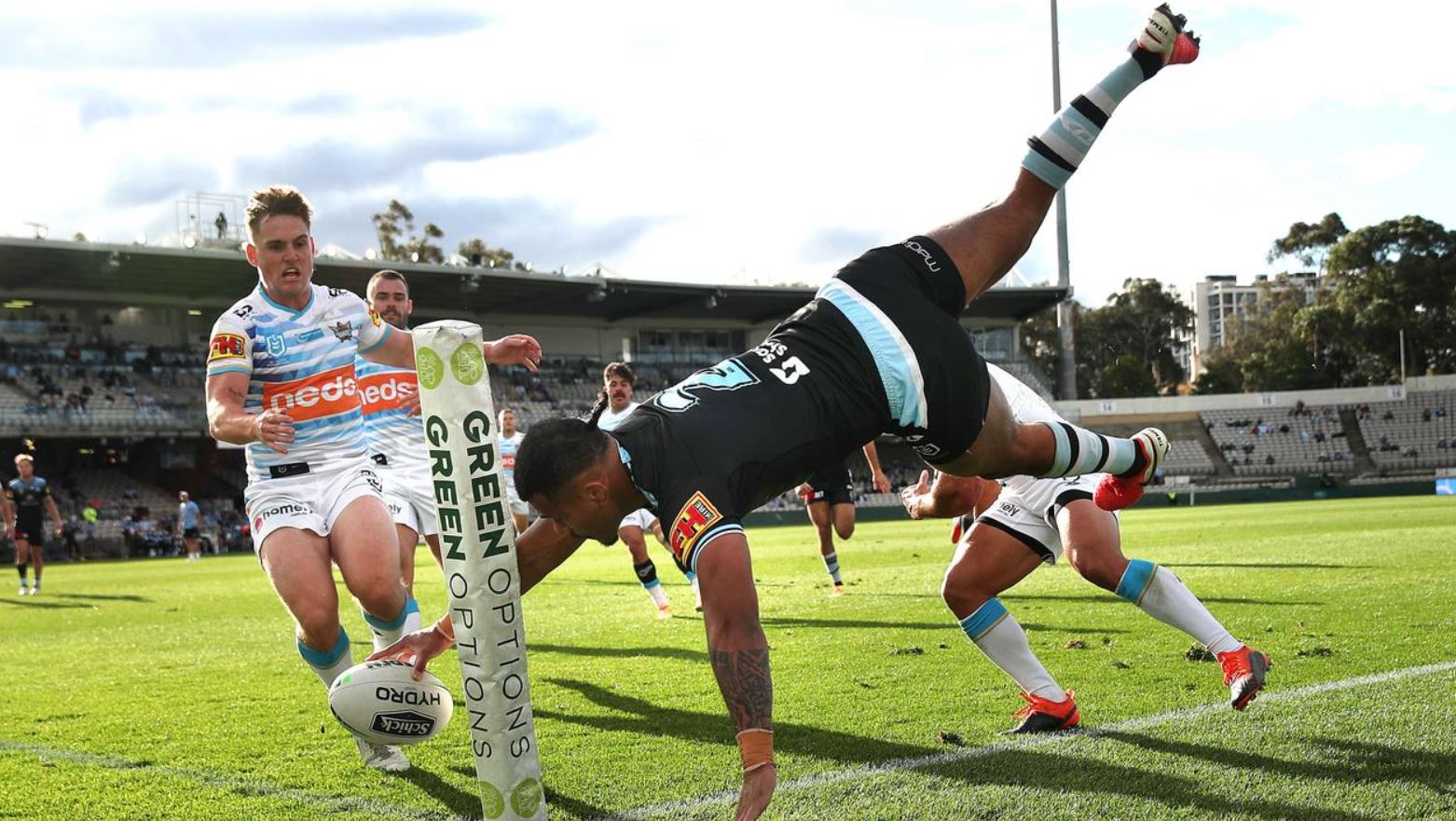 The second last Super Saturday of the year is here, and it gets underway with a bit of a fizzer. The St George Illawarra Dragons (12th) take on the North Queensland Cowboys (15th) in Rockhampton.The Dragons are a slim chance of finals but would need a lot to go their way. Next the Cronulla Sharks (8th) play the Brisbane Broncos (14th) at Suncorp Stadium, with the Sharks having everything to play for to hold their spot. We finish with the crescendo of a top 8 battle between the Melbourne Storm (1st) and Parramatta Eels (6th) as the second leg of a Suncorp double-header, although the Eels are hardly playing like a legitimate premiership chance and will have their work cut out for them.

Ignoring finals permutations, this is a very nice slate. The first two games are both wide open, with all four teams wildly inconsistent and putting out a new-look team seemingly every couple of weeks. You can play almost anyone from those games, and stack to your hearts content. The final game of course looks much more lopsided, but we need to remember that the Storm have been in an injury crisis/resting mode and the Eels are still a team full of talent, even if it hasn’t been on display recently. I don’t necessarily see an upset, but I do think it’s in the range of outcomes.

This late in the season, teams that are out of finals contention often give us a look at some exciting youngsters who immediately thrive in the NRL. Both of these young halves have managed that in the last couple of weeks, and Amone in particular looks like he’ll have a big role for the Dragons in 2022. With good matchups and still very cheap, I don’t want to miss out on these types of plays.

The Storm are in a very different situation as the clear #1 team in the NRL, but it still allows fringe players to move into bigger roles as they try to manage niggles and get everyone fresh for their finals run. Lewis is one such beneficiary, getting another run in the starting pack, where he’s shown plenty of scoring ability this year. In his start at lock last week he managed 64 minutes and 42 points without doing anything special. If he can repeat that with some attacking upside he’ll be a great play.

I’ve been off the Sharks all year, but there is no denying that the form of Brayden Trindall at halfback seems to have ignited the entire backline. Even Matt Moylan found some spark last week. Katoa is one of the most electric wingers in the NRL when he’s in form, and we’ve seen a couple of months of solid outings now since his return from injury. The Broncos aren’t the type of team to slow him down if he manages to get on the end of some more magic from the likes of Trindall and Kennedy.

Another outside back in red-hot form, Blake is on the receiving end of the only bad matchup of the day. The Struggling Eels against the ruthless Storm doesn’t look like a recipe for fantasy success, so it’s time to avoid the elevated price tag on Blake, and to avoid Eels backs in general.

The HOK position isn’t great on this slate, but Turpin stands out as the least appetising play of the lot. The reason is the continued presence of Danny Levi on the bench. In his last 3 games we’ve seen Turpin’s minutes capped at around 50, which makes him completely irrelevant at this price.

Which Anthony Milford are we going to get? Last week’s version looked like a shoe-in for a Dally M, Premiership medal, and maybe even an Immortal. Unfortunately, we’ve rarely seen anything like that in the last 2-3 years. Are we seeing a player that has had the shackles thrown off in his last few games at the Broncos, or was it a one-off explosion game? Your guess is as good as mine, but the football fan in me wants to see that kind of performance again. 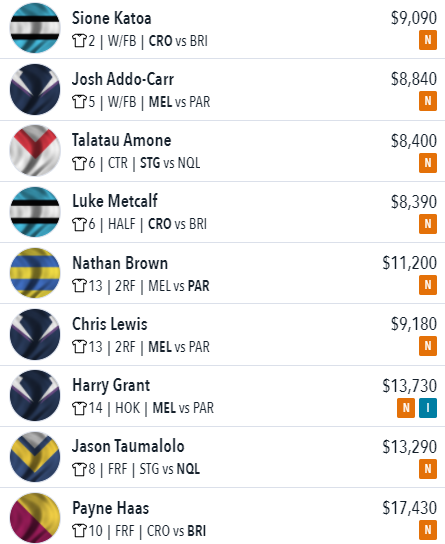