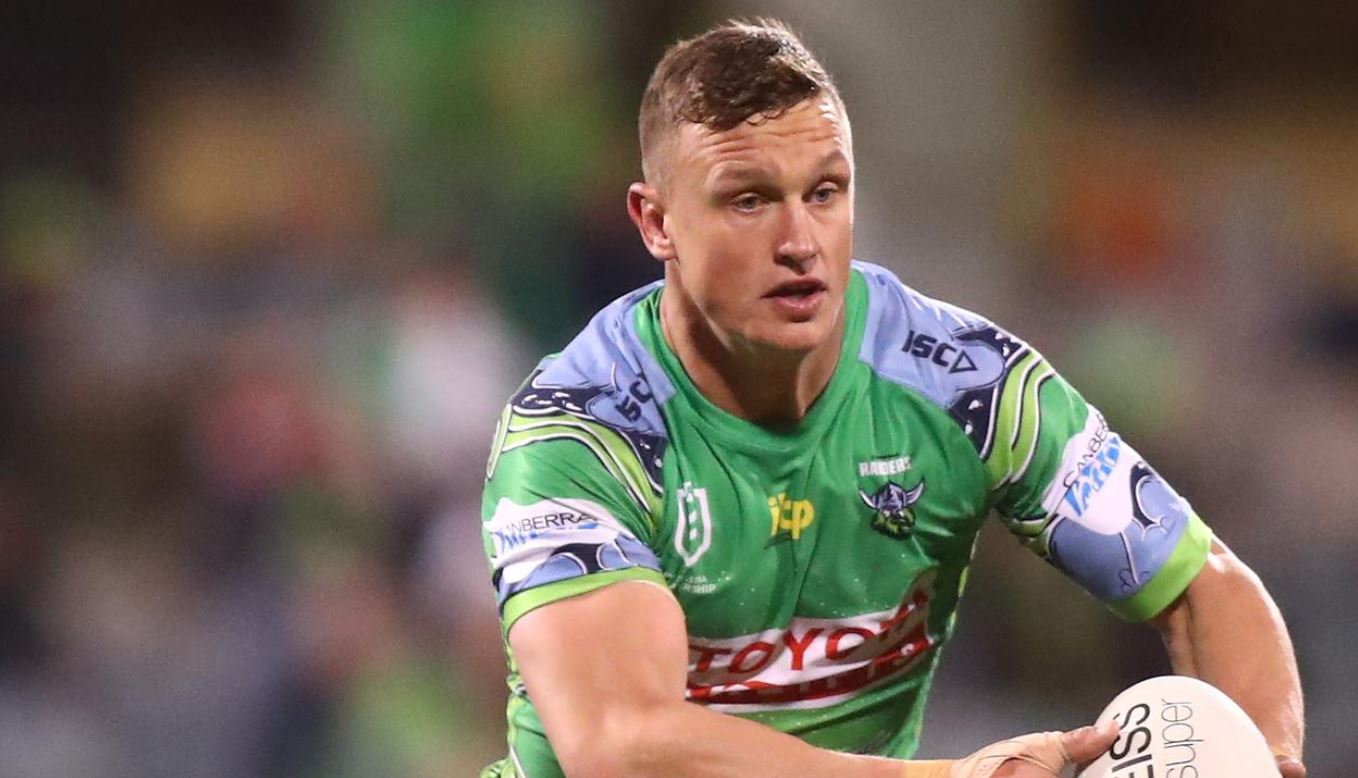 It’s round 25, the last week of the regular season, which means everyone knows exactly where they stand and what they need to do if still in finals contention. We start with two teams very much still with things to play for, in the form of the Canberra Raiders (9th) and the Sydney Roosters (6th). The Raiders must win to move into 8th, and then hope that the Sharks lose to stay there. The Roosters can get to 4th with a win, but will need both the Sea Eagles and the Eels to lose to stay there. Both teams have been rather inconsistent thanks to big injury tolls.

The Raiders welcome Charnze Nicoll-Klokstad back at fullback after a couple of weeks finding his legs off the bench. That pushes Jordan Rapana to the wing to replace the injured Bailey Simonsson. Iosia Soliola returns and is named to start at lock, with Ryan Sutton back on the bench, but they could easily swap before kickoff. The team is looking reasonably settled and is really only 2 or 3 players short of its best lineup at this point of the season.

The Roosters injury woes continue, with Joey Manu done for the season, which makes it at least 7 comfortably first-choice players that are out (or retired). All of Josh Morris, Adam Keighran and Matt Ikuvalu return to the backline, with Brad Abbey also out and Lachlan Lam returning to the halves. Sam Walker drops back to the bench, along with Egan Butcher who is replaced in the back row by Angus Crichton. Jared Waerea-Hargreaves is back in place of Fletcher Baker at prop. That is rather a lot of changes, but the team still manages to look okay on paper with a strong forward pack and decent backline led by James Tedesco. A real testament to the Roosters depth.

Mackay is experiencing warm conditions which may slick the field up at night.

The Roosters still get the favourites tag, which has more to do with ladder position than anything else in my opinion. They were trounced by the Rabbitohs last week, and the Raiders have played decent footy for a couple of months now. Personally, I slightly favour the Raiders, but it’s close enough that I think we just treat everyone equally and don’t worry about stacking too much.

If you ignore his recent scores (averaging 27 in his last 5), the range Roosters back rower sets up a nice play on this slate. A lot of his recent bad scoring can be put down to the constant injuries at the Roosters forcing him to move into the centres in several games. We saw at the start of the season that he’s capable of averaging 50+ points when things are going his way. With the price as low as it is, it’s a good time to bet on this being his night.

Love It - Jared Waerea-Hargreaves $10,490 UPDATE: Ruled OUT at final teams

Another Rooster who’s last 5 looks rather bleak (averaging 33), and who has gotten a lot cheaper as a result. The veteran prop showed us he’s still got it when he averaged 50 points a game between rounds 9 and 17. We can put the recent struggles down to some fatigue and niggles creeping in, which will hopefully be resolved by missing two of the last three games. The Roosters need him badly to contain the Raiders quality forward pack, so I’m expecting good things.

The HLF position is somewhat interesting today, with each team featuring a cheap half and an expensive half. Of the cheap pair I have concerns over Lachlan Lam getting enough minutes with Sam Walker lurking on the bench, and Matt Frawley doesn’t boost much ceiling. Drew Hutchison has been excellent (ave 56 in his last 8), but I’m leaning towards Wighton because I like the Raiders chances of winning, and I simply think he’s due. We’ve barely seen anything near his ceiling this season (highest score 66), and I fully expect the Raiders to lean heavily on his attacking prowess in their attempt to make the finals.

For both of these guys, hate is a strong word, because they undoubtedly possess massive ceilings. My issue is that Rapana has moved back to the wing after a fruitful stint at fullback, and Ikuvalu is returning from a layoff. Both are expensive thanks to some massive scores in their recent games, and are kind of stuck in a zone between the expensive Tedesco and the cheaper options under 10K. If you can fit them in, no worries, I just prefer other options.

This one is fairly simple. Soliola is old and tends to play low minutes no matter where he starts the game. If he’s still at lock when the team runs on the field, expect a short opening stint and then an shorter stint in the second half. Almost all of the interchange forwards hold more appeal for their ability to be more explosive in their roles, and also to take advantage of any extra minutes that may open up due to injuries.

Let’s give a shoutout to another veteran who announced his retirement this week. What a legend. J-Moz has been a little down on form since his brother suffered a career-ending knee injury in round 8, and that’s just such a sad way for the amazing careers of the Morris twins to end. I think Josh might have a little more magic left in him, after a month off and with everything to play for in the next couple of weeks. He’s still managed an average of 34 this season, and that would be a solid starting point at his price. If he can get across the line and give us a 40+, it’s a home run. Go well Jorris! 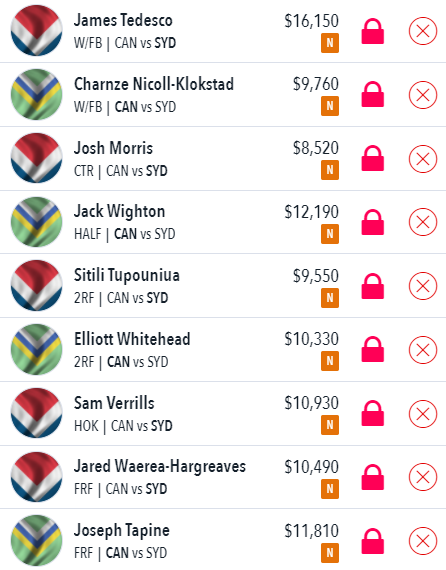