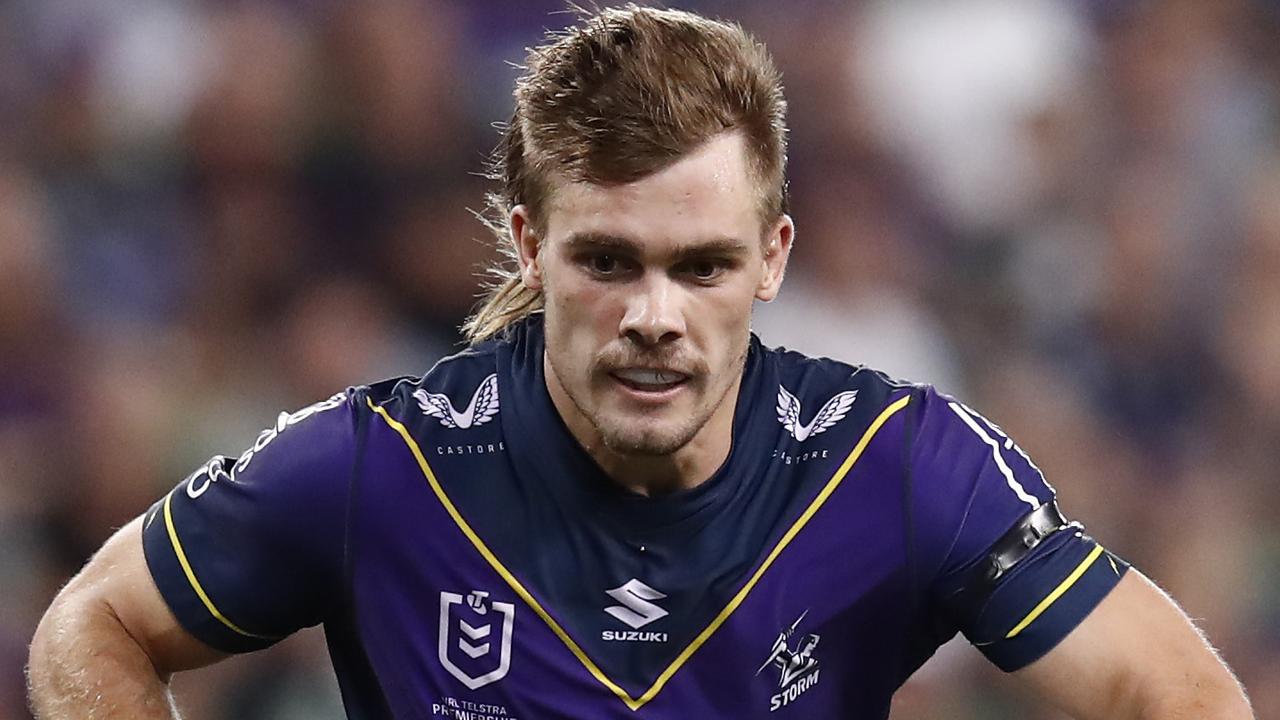 The first month of the season has come and gone, and you’ll see from the team changes below that some teams are desperately searching for answers while others have settled into a nice groove. We’re back to the usual 3 game Saturday slate, which will kick off with the 2-2 Titans hosting the decimated Knights team (also 2-2) on the Gold Coast. Next the Storm are travelling to Sydney to try to improve on their own 2-2 record against probably the worst team in the NRL, the 0-4 Bulldogs. Finally the new-look Roosters (3-1) still have elite backs and some gun forwards (and Trent Robinson) and will be daunting prospect for the 2-2 Sharks at the SCG. There should be no weather issues on this Super Saturday.

Draftstars has a $3,000 contest with $411 to first place. The pick of the individual contests is $8,000 for both the Dogs v Storm & Roosters v Sharks contests.

The only change for the Titans is Brian Kelly in for Anthony Don, with Phillip Sami sliding out to the wing. Jamal Fogarty passed his fitness test after a quad issue, and Ash Taylor is confirmed to play from the reserves as a swap for Tanah Boyd as his hand has sufficiently healed. The Knights have plenty of changes, with Mitch Pearce, Tex Hoy and Kurt Mann all out with injuries. Kalyn Ponga returns at fullback, while a halves reshuffle will see Blake Green at halfback and Connor Watson moving to five-eight. As a result, Sauaso Sue will start at lock, and Chris Randall and Pasami Saulo join the bench. To add to all that chaos, David Klemmer, Tyson Frizell and Mitch Barnett are under injury clouds of their own. I’m sad.

The Bulldogs get Dallin Watene-Zelezniak back from suspension to replace the injured Nick Meaney at fullback. Jake Averillo has overcome a minor injury to replace the concussed Lachlan Lewis in the halves, while Nick Cotric and Corey Allan have been named to switch their wing and centre positions. Luke Thompson and Josh Jackson both return from injury to start at prop and lock respectively, with Dylan Napa and Renouf Atoni sliding back to the bench and Joe Stimson and Dean Britt out. Their opponents are much more settled with Felise Kaufusi back from suspension the only change, forcing Tom Eisenhuth back on to the bench and Darren Schonig out. Harry Grant and Brenko Lee are both lurking in the reserves as potential returns from injury, so be prepared for some more shuffling before kickoff.

The Roosters have named an unchanged team after last rounds new looking lineup got the job done nicely. The only change for the Sharks is the return of Jesse Ramien from suspension, forcing Connor Tracey onto the bench and Braydon Trindall out.

It looks a lot like a Storm stack with some Titans and Roosters pieces, but things are never quite that simple.

The Roosters continued on their merry way last week after losing Keary & Lam, with both new halves scoring well and contributing nicely to the win. With the team expected to account for the Sharks comfortably, Hutchison and Walker are both great value again.

Here is some more pretty clear value in the form of two middle forwards seeing some extra opportunity. I don’t really understand the price of Kamikamica, who has consistently gotten 45 minutes for ~40 points in the first 4 games. That role will be consistent both starting and off the bench, so it’s a pricing mistake that we have to take advantage of. Sue will start at lock again, but this time he won’t have Connor Watson coming off the bench to eat most of the minutes in that role. We saw in Rd 1 he got 59 minutes for 40 points when Watson had to play in the halves, and it should be similar again this week.

I don’t usually recommend someone this expensive, but it’s hard not to hop on the Papenhuyzen train right now. Not only is he playing electric football, he’s also knocking goals over from everywhere. He easily had a career best score last week (120), and it is not impossible that he could go 100+ again this week playing against the Dogs. With plenty of value elsewhere, it’s worth spending a big chunk of salary on such an enormous ceiling.

Speaking of Watson, it’s time to hop off this train. He’s been a popular and very successful choice so far this year, but the price is now getting high and the role change should dampen his prospects slightly. With so many injury concerns and a reasonably stingy matchup, I don’t think you need to consider many of the Knights players this week.

Another team bitten by the injury bug, the Sharks actually aren’t that far off full strength, but they keep copping several concussions per game. The result has been massive minutes for the rest of their forwards, and some inflated fantasy scores. Like the Knights, I think that most of the Sharks players are overpriced and don’t need to be considered in a tough matchup.

Boyd is pretty interesting for a few reasons. The first is that he’s available to Hooker, which as usual is a difficult place to separate out the clear good plays. The second reason is that Jamal Fogarty is back but could be limited in his ability to kick the ball. In the case Boyd would pick up plenty of extra points from kick metres, as well as potentially do some goalkicking (Patrick Herbert would likely be the favourite for this). On the other hand, Boyd could also drop back to the bench or lose his spot altogether if Ash Taylor is fit to return. Thankfully we’ll know either way before the slate with the Titans playing in the first game. 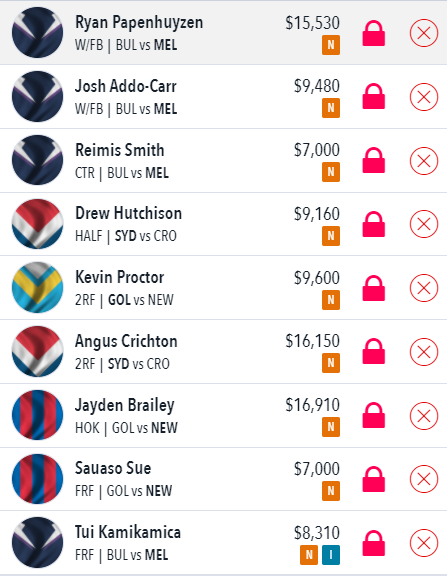