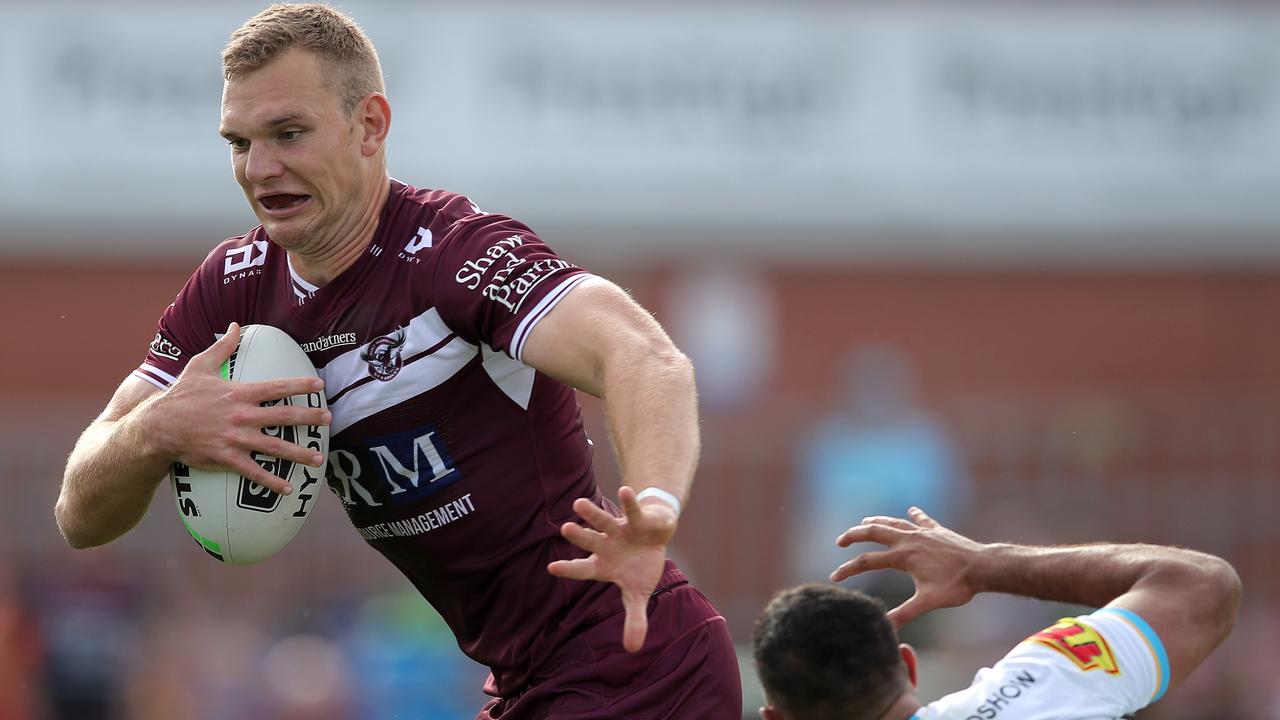 Super Saturday week 6 has an intriguing set of games for us. First up the struggling Eagles welcome the rising Titans to Mudgee for a regional game, which could see some light rain. Then the dominant Rabbitohs team host the disjointed Tigers in Sydney. Finally the Raiders will try to make life tough for the Eels in chilly Canberra, with both team desperate to stay in touch with the top of the ladder.

The headline change for the Eagles is the return of Tom Trbojevic to fullback from his hamstring injury, replacing Dylan Walker who tore his own hammy. The other injury is Jack Gosiewski, replaced in the second row by Haumole Olakau’atu. The Titans are unchanged.

The Rabbitohs only change is the return of Cody Walker from suspension, pushing Benji Marshall back to the utility role off the bench. The Tigers have a few changes, starting with young hooker Jake Simpkin coming in for the dropped Jacob Liddle. Asu Kepaoa is named at centre in place of Joey Leilua, and Stefano Utoikamanu has been named to start at prop with Zane Musgrove demoted to the bench.

The Raiders have three changes, resting Ryan James whose place is taken by young prop Emre Guler. Charnze Nicoll-Klokstad is injured and has been replaced at fullback by former Panther Caleb Aekins. And Curtis Scott is named to return at centre in place of Sebastian Kris. For the Eels, the suspension of Dylan Brown will see Will Smith get a start in the halves. Ryan Matterson is again named to make his return from concussion, with Isaiah Papali’i back to the bench. Keegan Hipgrave has come onto the bench.

I’m excited about all three of these games. The Eagles should put up a better showing with Tom Turbo back on deck, and the Raiders v Eels game is the type of game every neutral will have some interest in as two teams striving for the top 4. The Tigers haven’t been great this year, but I do think they have more potential than the 4 teams below them on the ladder, they just need to find some form. It probably won’t happen this week with a number of changes and a slick Rabbitohs outfit to try to overcome.

A simple combination of good matchup and too cheap makes Reynolds an easy choice today. After a slow start to the season, he’s showed some form in his last two games and if the odds are to be believed he could get the chance to add plenty of goals to his tally today. The large gap in salary to similar (although younger) players in Jamal Fogarty and Mitch Moses is stark.

Paulo has a similar formalise to Reynolds, but in reverse. His two big games came at the start of the season, and his last 3 have been fairly quiet. That will not continue for long, and it’s time to hop on board while the price is low. Add the revenge narrative against his former team in the Raiders, and this should be a great chance for him to get back to his 50+ scores.

It’s obviously scary jumping straight onto an injury prone player coming back from yet another hamstring strain, but Tommy Turbo is a unique beast. Even though Manly look awful this year, I’m willing to bet that putting Turbo back into the lineup brings about a dramatic improvement. His price is far too low for his historical output, and while the Titans have improved it’s not like they’re impenetrable. Ownership could be high, but the hope is that everyone wants to wait a week to see if he looks fully fit before jumping on board.

Another fullback coming into the team this week, Aekins started his career in incredible fashion by running for 300+ metres and scoring 60 points on debut. Since then he’s crossed 200m once and 30 points twice in 11 games. The role and the price will make him very tempting, but his history says he has about a 20% chance of hitting value in this one.

There’s no standout locks at hooker today, but Croker is one I definitely want to avoid. He’s scored 50+ twice this season, in a game when Cade Cust was knocked out straight after coming on, and last week when Cust missed with illness. With Cust back on the bench Croker will have his minutes limited again, and should struggle to do any better than 30 points.

Who Knows - The Tigers

It is tempting to just ignore a struggling team against a good one, but there are some intriguing options in new roles at the Tigers. Jake Simpkin could be a very good player, Adam Doueihi has been racking up some massive scores and now gets to face his old team, and Joe Ofahengaue was pretty decent in his move to the second-row last week, although his score does include a try. Throw in Stefano Utoikamanu and Asu Kepaoa who make their first starts in new roles this week, and there is a lot of options that could be fantasy useful or may just fizzle out to not much at all. 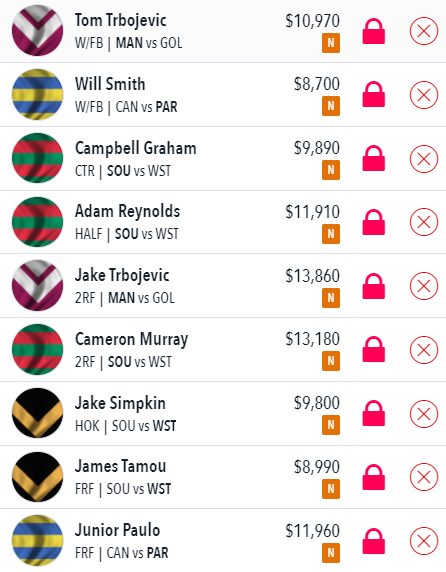