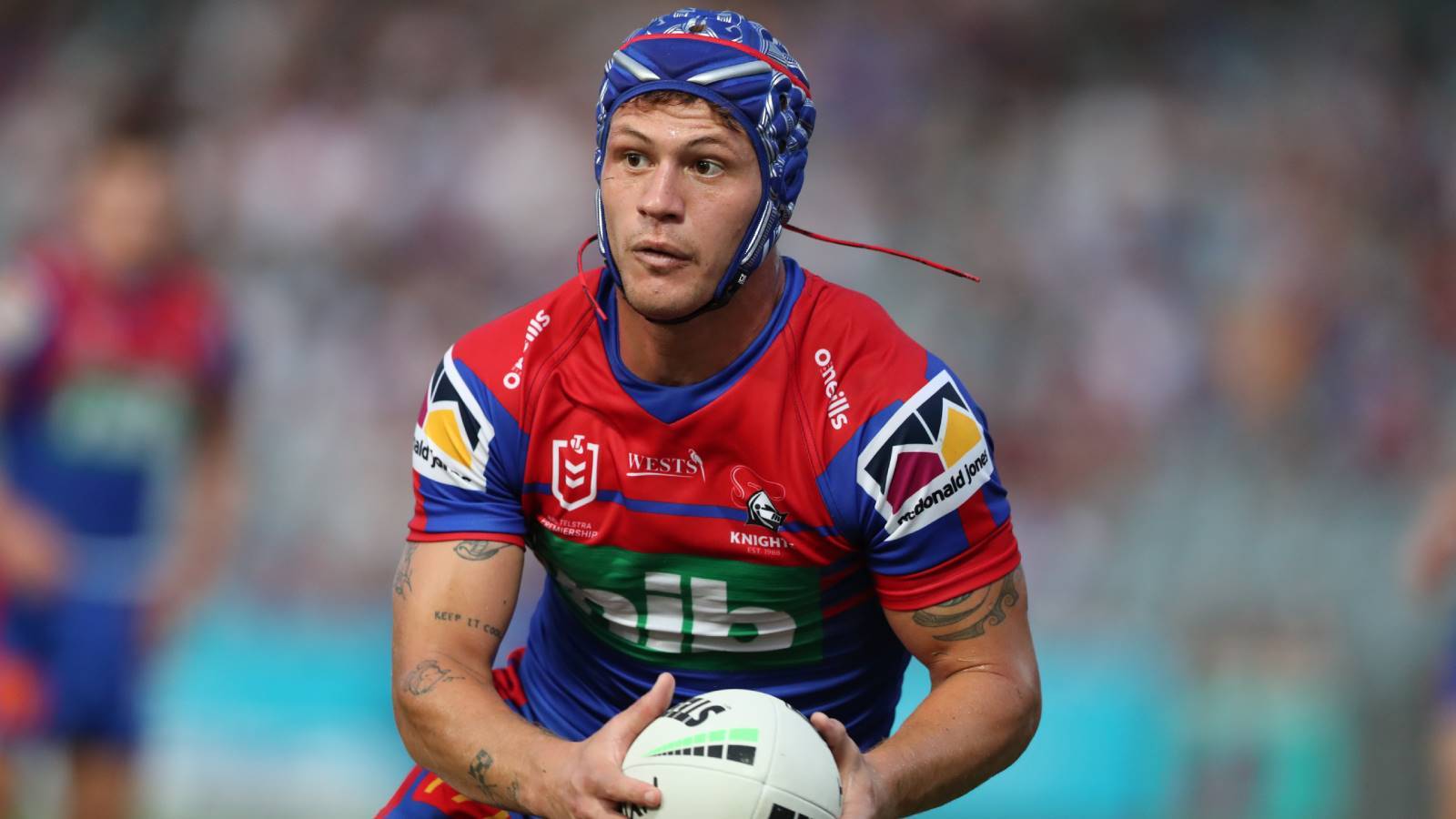 We kick off an intriguing Round 7 in the NRL with the high-flying Panthers hosting the middling Knights in Penrith. The Panthers were challenged by the Broncos of all teams last week, but they remain the strongest (and youngest) team in the NRL, and the only unbeaten team. The Knights had an exciting win over the Sharks, mostly thanks to the freakiness of Kalyn Ponga. They’ll have a hard time challenging Penrith, but will have good memories of a heroic 14-14 draw early last season.

Draftstars has a massive $30,000 contest with $2,666 to first place, thanks to the clear air provided by no AFL game. There are also several other contests including the Mini, Micro, and the High Roller. With both teams pretty settled, the pricing is actually super balanced. The top end players look a lot cheaper than usual, but it’s because there aren’t really any clear value plays. A balanced approach may be needed.

Paul Momirovski has copped a suspension for Penrith. His replacement depends on whether Dylan Edwards is ready to return from his broken hand. If given the green light he’ll go back to fullback with Stephen Crichton moving back to centre. UPDATE - Edwards will start at Fullback and Crichton will play at right centre. Penrith also have Api Koroisau in their reserves who may be ready to return from his own injury. If so he’ll either share hooking duties with Mitch Kenny, or Kenny will be out of the team altogether. No other changes. UPDATE - Koroisau was not selected in the final 17.

Newcastle only has one change, with Hymel Hunt missing with a hamstring issue, and Starford To’a returning on the wing.

Biased Knights fan opinion, the Knights aren’t completely out of this one. We saw just last week that lowly teams can challenge Penrith with plenty of effort. The Knights have a really solid forward pack and some backline guns in Ponga and Best. I’d feel better about it if Mitch Pearce was fit, but it could at least be a low-scoring affair. There are avenues to affordable Panthers stacks, so you can play this one any way you like.

WFB has a number of pretty weak options at the bottom, and a couple of irresistible guys at the top. To’o is just an incredible wrecking ball, and even a game plan revolving purely around limiting his impact last week couldn’t slow him down. His floor is a very nice 40 this season, and he’s already gone 70+ three times in six games. Kalyn Ponga is of course a tempting option also but has to have a little doubt against such a tough opponent.

I love Watson playing his roaming lock role, because he scores in so many ways, and is basically matchup proof. The single concern in his penchant for an injury, but I prefer to hope for the best. He should be locking to create plenty in the middle of the field and can make a lot of tackles as displayed by his 50 against the Sharks last week. The opportunity to play him at either HLF or 2RF is a nice little bonus when looking for a way to be unique.

Capewell is a volatile player, for several reasons. Firstly, he’s injury prone. Secondly, the Panthers are rotating their edge players, using Liam Martin to spell both Capewell and Viliame Kikau. Third, although he’s capable of 40+ tackles, Capewell often relies on a big attacking play to get his points. Luckily, he’s on the best team in the NRL and has scored 4 tries in 6 games this year with Nathan Cleary feeding him into holes near the try line. If he scores a 30, it’s not the end of the world at this price, but his 70 point ceiling is the thing to focus on when trying to win such a big contest.

We have to save some salary somewhere on this slate, and it will be tempting to take a shot at some of these min priced wingers who could get to value with a single try. I’m not totally against it, but I think it’s a pretty thin play with two very unproven fantasy scorers on a big underdog team. I’d rather take a shot at one or two cheap bench forwards who will at least be super low owned.

It’s a bit harsh to put Green here at such a cheap price, particularly because his base stats are pretty good at the moment with Mitchell Pearce out. He’s getting plenty of kick metres and 20+ tackles in the small 2 game sample, but that’s honestly about the extent of his scoring. He’s old, he’s coming off a major knee injury, and he’s got basically no running game whatsoever. That makes his chances of tackle breaks, line breaks and even tries pretty remote in such a tough matchup and takes away any chance of a big ceiling. Even with the big price gap to other halves, there are too many massive ceiling plays above him to waste a spot on him.

I can’t recommend anything at hooker until I know whether Api Koroisau is playing, and whether he’s sharing the role with Mitch Kenny. If it’s a split, then I want to spend up on Jayden Brailey. If either Panthers hooker is playing solo then they’ll likely be my preferred option. This is the kind of game where Brailey could go well over 50 tackles (his low this season is 49), and add a couple of attacking stats, so you likely can’t go too far wrong with him either way. 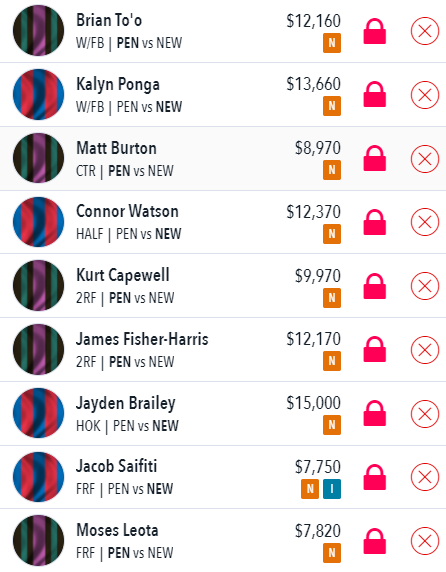