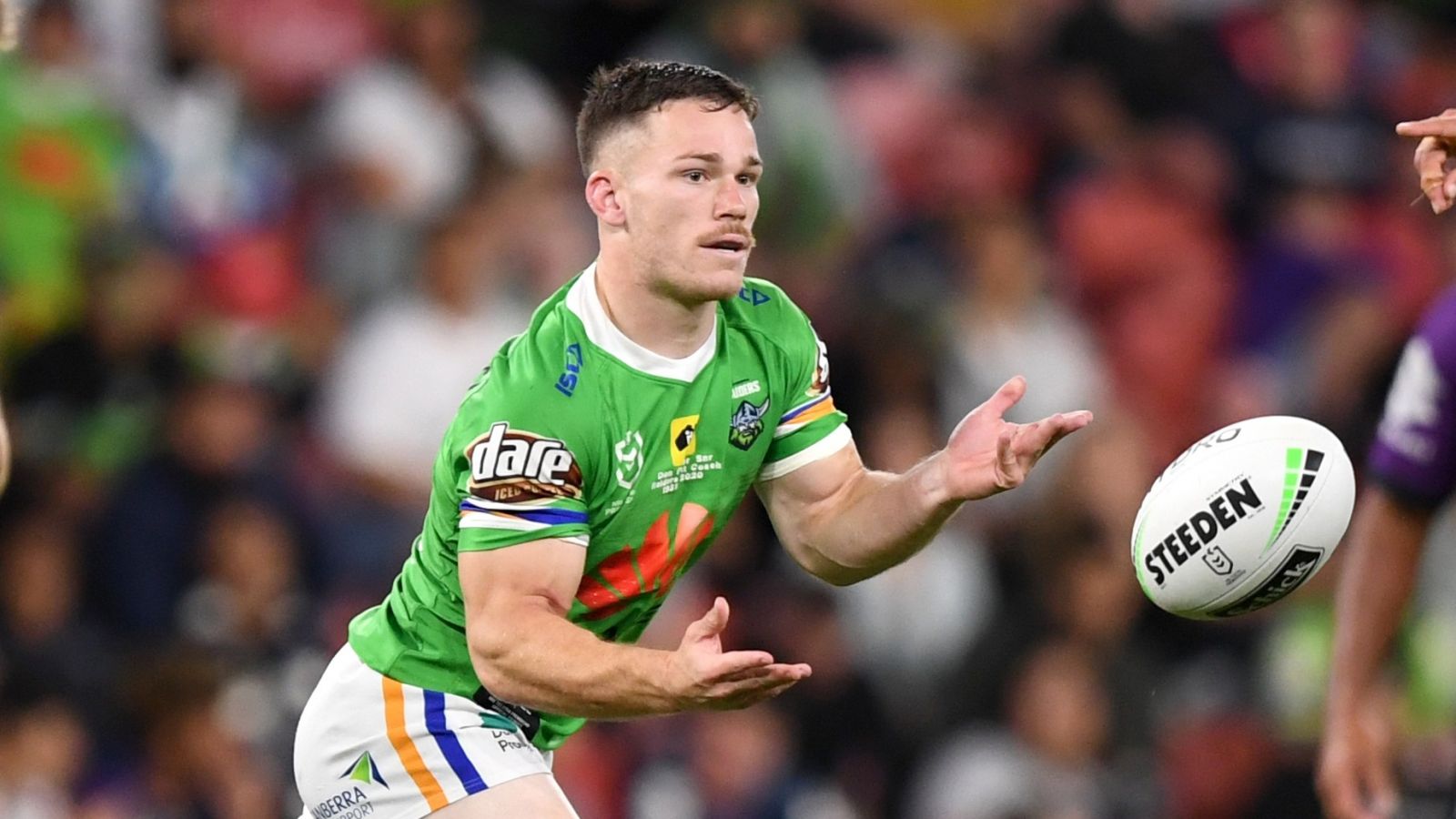 Super Saturday is a little less super in Rd 7, with only two games scheduled to allow for a blockbuster Anzac Day tomorrow. The matchups are not exactly top shelf, but they should at least be competitive. To start we have the Sharks hosting the Bulldogs at 5:30pm, with both teams looking to ascend from the lower part of the ladder. The 7:30pm game is in Townsville, with the Cowboys welcoming the Raiders. The Qld team have won two in a row, while the Canberra crew have lost consecutive games, Like I said, not amazing games, but you can make an argument for any team to win.

The Sharks welcome back Josh Dugan, with Teig Wilton moving back to his 2RF spot and Jack Williams back to the bench. Shaun Johnson comes onto the bench after a long absence with a serious Achilles injury. He could easily be named to start or drop out of the side altogether an hour before the game. If he does play off the bench it’ll be very difficult to predict what role he will actually play, so proceed with caution. Braydon Trindall drops out of the team as a result.

The Bulldogs lose Jack Hetherington to a long suspension. The resulting reshuffle sees Luke Thompson named at prop, Corey Waddell moves to lock, and Chris Smith get a start at 2RF. Ofahiki Ogden and Jackson Topine drop off the bench, and all of Matt Doorey, Ava Seumanufagai and Brad Deitz come into the 17.

The Cowboys have named the same 17 that got the job done last week. Ricky Stuart has swung the axe after blasting his team following a comprehensive loss to the Eels. Josh Hodgson and Bailey Simonsson are out with injury, and Iosia Soliola and Joe Tapine dropped. Josh Papalii is also demoted to the bench. Ryan James and Emre Guler are named to start at Prop, with Tom Starling replacing Hodgson at hooker. Sebastian Kris comes onto the wing, and both Corey Horsburgh and Corey Harawira-Naera join the bench for their first games of the season after disciplinary issues.

Sharks and Raiders are big favourites, but I believe there are another questions marks for both teams to hold out hopes for an upset. The Sharks have to reintegrate Shaun Johnson into their spine, and are still missing a couple of good players to injury. The Raiders have lots of changes and should get a decent fight from the Cowboys who seem to be gradually responding to Todd Payten’s ways. I do see this as a wide open slate where most players look viable, and therefore plenty of different stacking or balanced approaches could be the winning strategy.

Finally a week with a clear choice at hooker! He’s not a free square as such, because Blake Brailey should get more minutes at a similar price, but Starling is in a great spot. When Hodgson was missing for the second half of 2020, Starling averaged around 48 points in 54 minutes. I think that’s a fair expectation while Hodgson is out now, and his massive ceiling was proven with a 98 in Round 20 last year. The only other hooker on the slate with any kind of big ceiling is Reece Robson, and he’s been priced absurdly high for whatever reason.

These two Raiders forward have two things in common, a similar price, and elevation to starting prop for this week. James is an accomplished veteran with a horrible injury history, who’s been trusted with 40+ minutes in the middle since arriving at the Raiders. He still has his knack for breaking the line and scoring tries, but you cannot fully discount the injury risk. Guler is less proven, but in his 40+ minutes games so far he’s averaged 42 and showed a little bit of upside himself. How Josh Papalii is used off the bench could make or break either player. For that reason, I want one of these guys in most of my lineups, but I’ll avoid using both together.

The Sharks fullback is the kind of player that I keep expecting to regress back to some of the poor scoring that we’ve seen in previous seasons, but it is abundantly clear at this point that he is a much more confident, and therefore involved football player. His price is about right for what he’s been producing, but I’m going to back him to go big again against the worst team in the NRL, as well to have a little extra motivation with the return of Shaun Johnson meaning he could possibly have to battle for his position with Matt Moylan. If there is a reshuffle before kickoff it’s not impossible that Kennedy loses his spot for this game, but I’m expecting him to play and play well.

Hate It - Both Bulldogs Katoa’s

There aren’t that many players on this slate that I’m willing to totally put a line through, but both Tuipu and Sione present as bad plays that could have the tiniest bit of appeal due to a couple of decent recent scores. Those scores are barely passable at their respective prices, and are pretty close to the ceiling for both players. With Starling/Brailey the clear choices at hooker, and lots of viable plays at WFB, there is no need to take a shot at either of these guys. Corey Horsburgh is another that has little ceiling at his price, given that he should get fairly low minutes off the bench while still trying to regain Ricky Stuart’s respect.

I’ve picked out two forwards who are underwhelming most weeks, but do have big ceilings when at their explosive best. It hasn’t happened yet this season, but that only means we’re one week closer to the next ceiling game. It’s not something that I’d have any confidence in doing, but if you need to differentiate an otherwise obvious looking lineup, either one of these FRF options could be an interesting pivot off the likes of Guler and James. 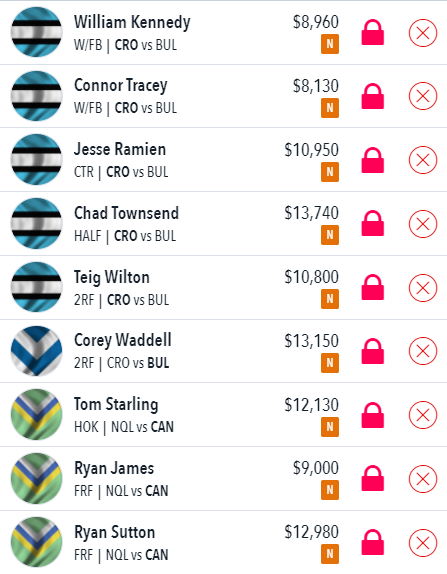