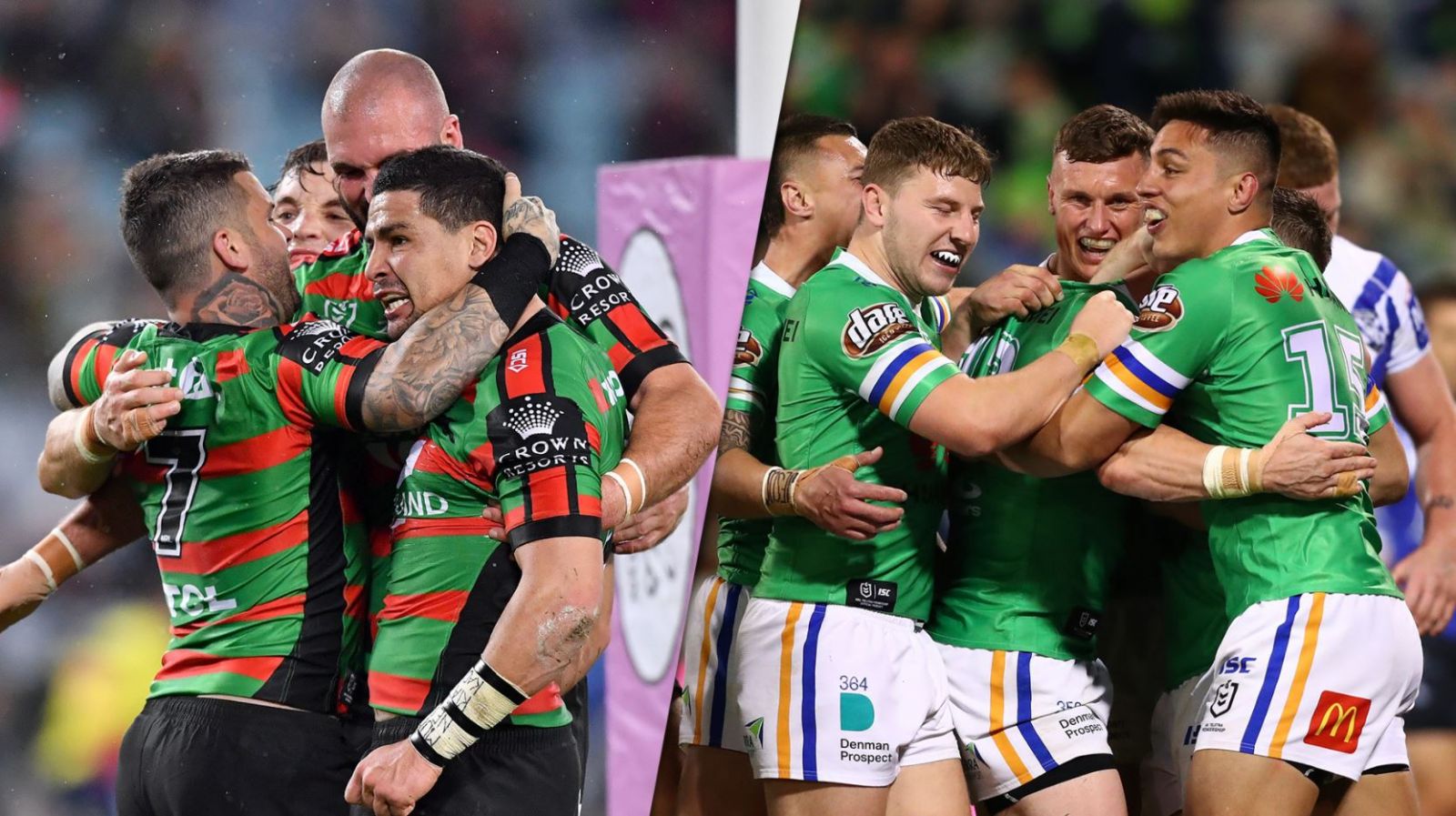 We’ve made it Round 8 of the NRL and it’s starting to feel like the time of the year where narratives around teams are growing stronger. The Panthers have no weakness, the Broncos are a rabble, and so on. In between those two extremes, we have teams like the Raiders, who play host for this Thursday night affair. The Raiders started the year strong, winning 3 of 4 with a narrow loss to the Warriors when losing 3 players early to HIA. Since then, they’ve lost three straight, including a poor effort against the Cowboys last weekend when leading 24-6 early. This game is big in the context of their season, and they get the high-flying Rabbitohs coming into town on a 6-game winning streak. Canberra will put on a fine (although chilly) night for the game.

Draftstars has a $25,000 contest with $2,480 to first place. We again get the benefit of no AFL on a Thursday night to try to kick the weekend off with a bang. There are also several other contests including the Mini, Micro, and the High Roller.

The Raiders continue to shuffle the pack, losing captain Jarrod Croker to a recurrence of his shoulder troubles, and resting Josh Papalii after some mediocre form so far this year. Sebastian Kris moves back to centre, with Bailey Simonsson returning from a minor injury. Joe Tapine returns on the bench in Papalii’s place.

The Rabbitohs should run out the same as they did last week, with Cody Walker at fullback and Benji Marshall in the halves. Tevita Tatola has been ruled out after a failed HIA last week. Jai Arrow will replace Tatola in the front row. Keep an eye on the role of Jaydn Su’a, who got far less minutes last week in what seemed to be a plan to get Liam Knight on the field for longer.

The Rabbitohs deserve to be favourites based on form lines, but for the last 2+ seasons, these have been two pretty evenly matched teams. Both are missing their fullback, a backline veteran (Croker & Mansour), and are still trying to get their forward mix right. The Rabbitohs also haven’t exactly had a tough draw so far, with a loss to the Storm and a win against an injury ravaged Roosters their only premium matchups. With the Raiders at home, I think there is enough chance of an upset to avoid ruling a line through the Raiders attacking players.

CHN looks like the value play of the slate by a fair margin. For starters he got 80 minutes and 47 points last week, and his price barely moved. His career average at 2RF is around 45, so it’s unlikely that he fails to pay off this price tag. The one small concern is Hudson Young on the bench and any shenanigans that Ricky Stuart might pull with their minutes.

Reynolds hasn’t been at his point scoring best this season, but he’s still cruising along at 48 points per game, and is a little too cheap for his pedigree. Halves partner Benji Marshall is also too cheap for his historical scoring, so you can’t really go wrong with either of them.

James has had a couple of quieter weeks, but it’s easy to see the upside by looking at his 3 scores around the 50 mark to start the season (ignore the HIA affected 2.8). He’s the cheapest FRF on the slate, and Ryan Sutton is the only other player that I am confident will outscore him.

A few factors have led to these two-gun forwards being demoted to the bench and getting a reduced role. Both have had minor injury niggles this season which haven’t stopped them playing, but have definitely slowed them down a bit. The Raiders general struggles and embarrassment of forward depth has led to team changes and other players getting the chance to start. Until they regain their starting positions or get a big price drop, I’m not particularly interested in either of them.

Another Raider that has had some niggles and missed last week’s game as a result, Simonsson is just nowhere near his best this season. The main point is, even at his best, he’s a pretty bad fantasy option. Save him for a soft matchup against the Bulldogs or similar where he might be able to jag multiple tries.

On the face of it, the move to fullback in the absence of Latrell is bad news for Walker in fantasy terms. He’s a high 40s player in the halves, and low 40s at fullback, although the historical data is a few seasons old. Without a price adjustment, he’s an objectively bad DFS option, especially in cash terms. On the other hand, he’s playing on one of the best teams in the comp, and we all know he’s someone who can get red-hot and lay on multiple tries in a short period. If you believe the Rabbitohs will win comfortably, then Walker probably has enough of a ceiling to still be in the mix for a GPP. 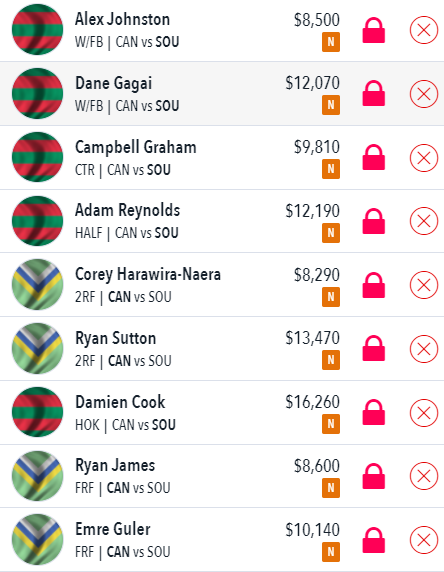