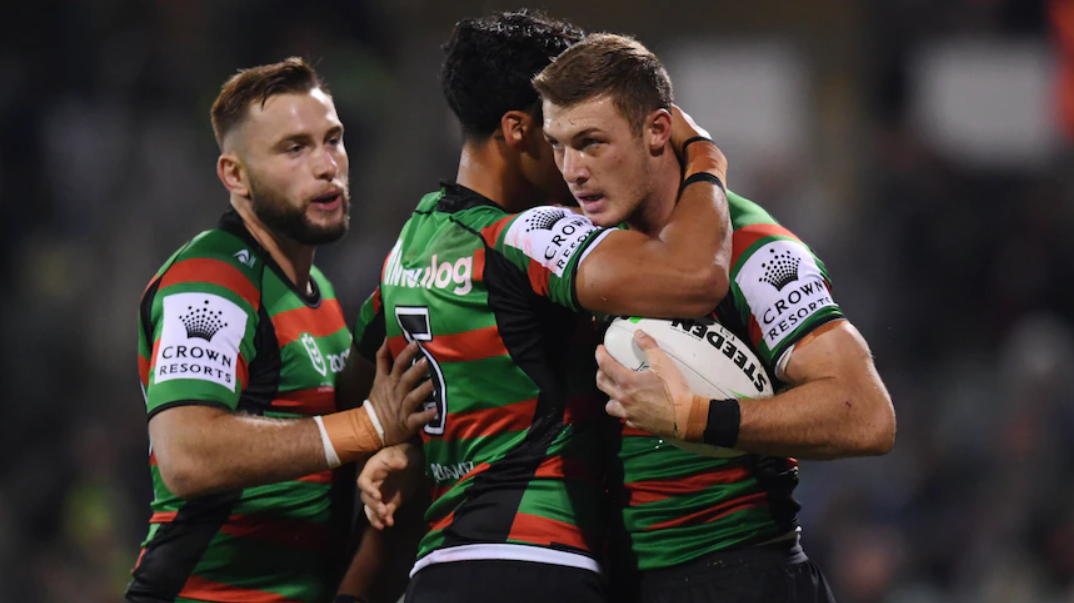 Round 9 starts with a two month throwback to the first game of the season. A heavyweight clash between the Storm and the Rabbitohs was a great way to start the season, and now the return bout will be held in Sydney. The Storm had a 26-18 win back then, and have gone on to a 6-2 record with an almost full-strength lineup. The Rabbitohs haven’t lost since then, sitting at 7-1, but are suddenly decimated by injuries and looking at an uphill battle to continue their winning streak.

Draftstars has a $25,000 contest with $2,480 to first place. There are also several other contests including the Mini, Micro, and the High Roller. There is also a qualifier for the AFL Live Final, which is a nice little crossover opportunity.

There are two changes for the Storm, with last week’s debutant Daniel Ieremia making way for the returning George Jennings on the wing, and Nelson Asofa-Solomona coming back onto the bench for Chris Lewis. Ryan Papenhuyzen continues to be out with a shoulder issue, but Nicho Hynes is doing a good job in his absence. Tom Eishenhuth is a scratching from the bench with Daniel Ieremia back on the bench.

The Rabbitohs were impressive against the Raiders last week with a couple of players already missing but copped a number of lengthy injuries to key players in the process. Cam Murray went down with an ankle, Campbell Graham and Jaxon Paulo both suffered broken hands, and Adam Reynolds also copped a hand issue which is less serious than first thought but will still see him miss a few games. The resulting reshuffle with Taane Milne ruled out on Thursday sees Cody Walker stay at fullback, Alex Johnston go back to the wing, Dane Gagai goes back to a wing, Tevita Tatola return at prop, Jai Arrow starting at lock, and all three of Steven Marsters, Braidon Burns and Dean Hawkins (Position as a five-eight) coming into the backline. Burns in particular have impressive fantasy histories but have always struggled to stay fit and are coming off serious knee injury. How the backline will perform with so many changes is anyone’s guess.

Very high (near 100%) chance of rain. The chance of a thunderstorm. Likely amount 15 to 35mm. Looks like a wet game this one.

Everything is pointing to the Storm having the better of this game, so there should be natural bias towards their players in DFS. The fact that they’ve been going well does mean that some of their better players are getting quite expensive, so as always it pays to consider a bit of value from the Rabbitohs. A full-on Rabbitohs stack? Stranger things have happened of course.

As I said above, Hynes has been doing a nice job fitting into Melbourne’s attack, and patrolling the back of the field in defense. His price is still very reasonable, and it’s possible he becomes the first-choice goal kicker this week after Cam Munster butchered his opportunities last week. Add in some nice WFB/HLF DPP opportunities, and Hynes looks like a great play in this one.

Arrow was popular last week when starting his first game for the year but was a little underwhelming with 40 points. Other than a nice 60 in round 1, he hasn’t reached any great heights in his role at his new team this season. The difference this week is that Cam Murray is out, and he gets a full crack at his natural role as a roaming lock. Hopefully he’s up for the big game, and ready to unleash plenty of offloads on the back of big runs. With most 2RFs priced in a similar range, Arrow could have some ownership dragged away from him, which would be a nice bonus.

How does a cheap centre score 58, and then 80, and still come in at such a low price? Whatever the case, I’m ready to take advantage at a position where teammate Justin Lam is the only other play, I have any real faith in. The hype article came out on Wednesday about Smith thriving at the Storm under the methods of Bellamy, and I see no reason not to ride the hype train while running at essentially a brand-new backline.

Milne has flashed some serious talent in the past, but it’s been almost three years since he was a consistent presence in the NRL. I’m not one to grind reserve grade performances, so I admit I have no idea how he’s actually going these days. I think the logical move is to assume that he might be a bit rusty, and not go taking a punt on such a thin play. Milne is OUT of tonight's match

On the other end of the scale, Gagai is a proven and consistent gun. I’m still totally put off by the state of the Rabbitohs team, and the tough matchup. With such a high price, Gagai will have to do something pretty special to outdo any of the much cheaper Storm backs in terms of value.

The flip flopping of Walker between Fullback and Five-Eight continues. With Milne ruled out and Dean Hawkins now at five-eight, the Rabbitohs gun is back in his less than ideal spot. He scores close to 10 points per game worse off in the fullback role and will have limited opportunities in this reshuffled backline. It’s still unlikely that he puts up a ceiling score, but it might be at least worth a second thought. With confirmation he has being moved to fullback again before the game, then I’m not really interested at all.

In a bonus "Who Knows" - Dean Hawkins $7,000 at the min salary is right in contention for fantasy sides after being added at minimun salary. Hawkins has come off the bench in Round 3 for some junk time of 14 minutes against the Broncos, scoring 8FP. Apart from that the 22yo Half will get his big chance against a formidable opponent. Unlikely to outscore the remaining half options but should smash value. 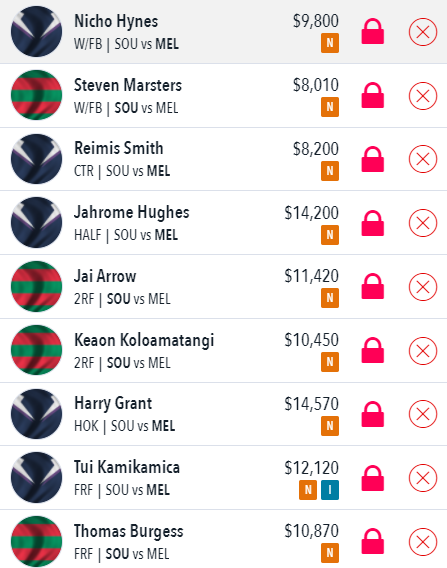