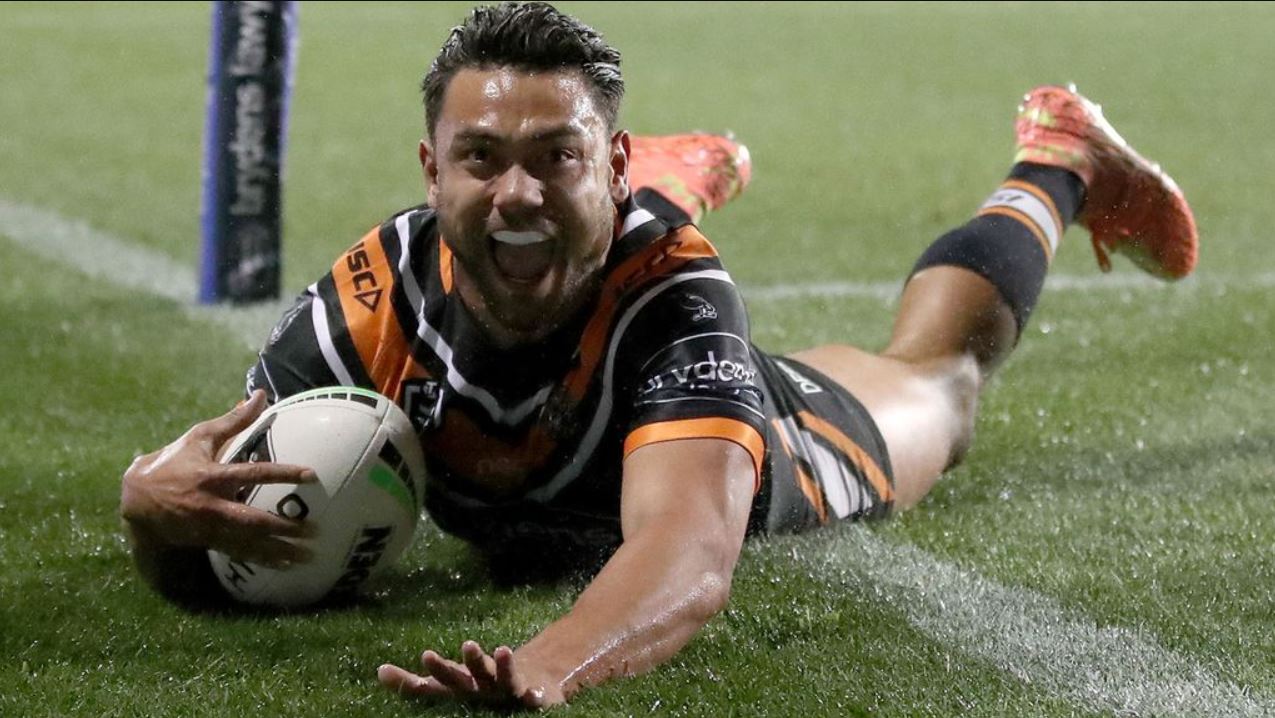 Super Saturday in round 9 could be said to lack any big games, but it also lacks any obvious blowouts. All three games are difficult to tip, starting with the Raiders hosting the Knights in Canberra, with both teams doing a lot of soul-searching after a tough few weeks. Next the Tigers welcome the Titans to Sydney after a much-needed win, and with the Titans needing to find some desire in defense to get their season back on track. Finally, the Cowboys host the Broncos in an all Queensland clash, with both teams showing some flickers of life despite still being on the losing side of the ledger.

The Raiders seem to be in a mini-crisis right now, but they’ve stuck pretty solid with last weeks team. The only change is the rested Josh Papalii coming back in for the struggling Ryan James. For the Knights (who aren’t going much better), Hymel Hunt returns in place of Starford To’a, and Phoenix Crossland gets a start at halfback after an injury to Blake Green. Neither team can expect much of a lift from these changes, so it will be interesting to see how the players respond to recent issues.

The Tigers only have one change, with suspended Tommy Talau replaced by Moses Mbye, and Jacob Liddle moving onto the bench. Even a scrappy win can bring some stability it seems. The Titans have a number of changes, with Corey Thompson and Ash Taylor out injured, meaning Beau Fermor moves to centre, Phillip Sami to the wing, Tanah Boyd into the halves, and Erin Clark onto the bench. Tino Fa’asuamaleaui returns from his suspension, pushing Mo Fotuaika back to the bench and Sam McIntyre out of the team.

The Cowboys are starting to like fairly settled, but they’ve lost Ben Hampton and Justin O’Neill to injury. Jake Clifford comes in to play halfback, and Javid Bowen will play centre after a couple of years away from the top level. The Broncos are unchanged.

I don’t have much for you here, because I really don’t know who is going to win any of these games. I’d be happy to tip the outsiders in all three, so maybe the best approach is to focus on your preferred plays from each underdog and try to get some ownership leverage that way.

The Titans have not been defending well at all lately, conceding 30+ in three straight games. On the other side, the Tigers attack showed a little bit of life last week, although they were far from polished. Laurie has shown he’s a natural footballer this year, and Nofoaluma is a well-established gun who’s not quite in top form. This is a perfect spot for them to push for a ceiling game at cheap prices.

It’s been wise to avoid most Broncos players for a couple of years now, but after a stunning win last week they get another decent matchup this week to try to build some momentum. The new look halves pairing actually seemed to run through Gamble just as much as it did Anthony Milford last week, and his base stats look pretty good. Hopefully he’s equally involved this week, in which case he can easily smash this price tag with a big attacking play or two. Being available at CTR and HLF is a nice bonus.

There is no longer any doubt that Starling is a Star. As he did last season, he’s taken advantage of the absence of Josh Hodgson to put up two big scores in a row, and there is no reason he won’t do it again this week. He tackles, he runs, and he looks to put teammates through holes when the defence is disorganised. The little price rise he’s received is nowhere near enough to dampen my enthusiasm for playing him this week.

Another young gun hooker that I’ve been keen on in recent weeks, the shine has well and truly come off Simpkin. Other than looking like he’s not quite ready to thrive at NRL level, he now has to contend with sharing the role with Jacob Liddle, who has come onto the bench. That takes away any chance of a ceiling score which could contend with the likes of Starling and Jayden Brailey.

Another hooker (and 2RF), Robson has been scoring very nicely, thanks to tries in three straight games. Despite playing the lowly Broncos, I just cannot bank on that happening again. His price is far too high for someone that is sharing the role with Jake Granville, with a ceiling of 70 minutes and about 50 points without a try.

It’s a frustrating time to be a Knights fan, with plenty of nice pieces and a forward pack that should be able to match it with anyone. The problem is, whenever they have the ball, we rarely seem to give it to our best weapon at the right times. When they get it right, Ponga can tear teams apart and put up a 96 like he did 3 weeks ago. When it goes wrong, he can have back-to-back stinkers like we’ve just seen. Part of the complication for this week is that no-one knows what version of the Raiders is going to turn up with their own current problems. If the Knights are on and the Raiders fall flat, Ponga could do absolutely anything he wants. If it’s an error-strewn slugfest, then it might be best to look elsewhere for a ceiling at WFB, with Adam Doueihi going nicely and Alex Brimson starting to show a bit of form. 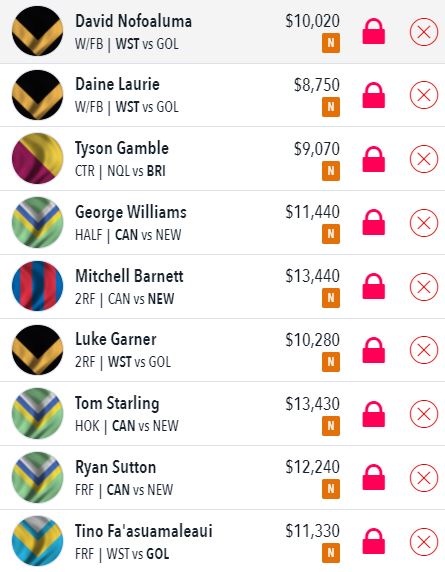