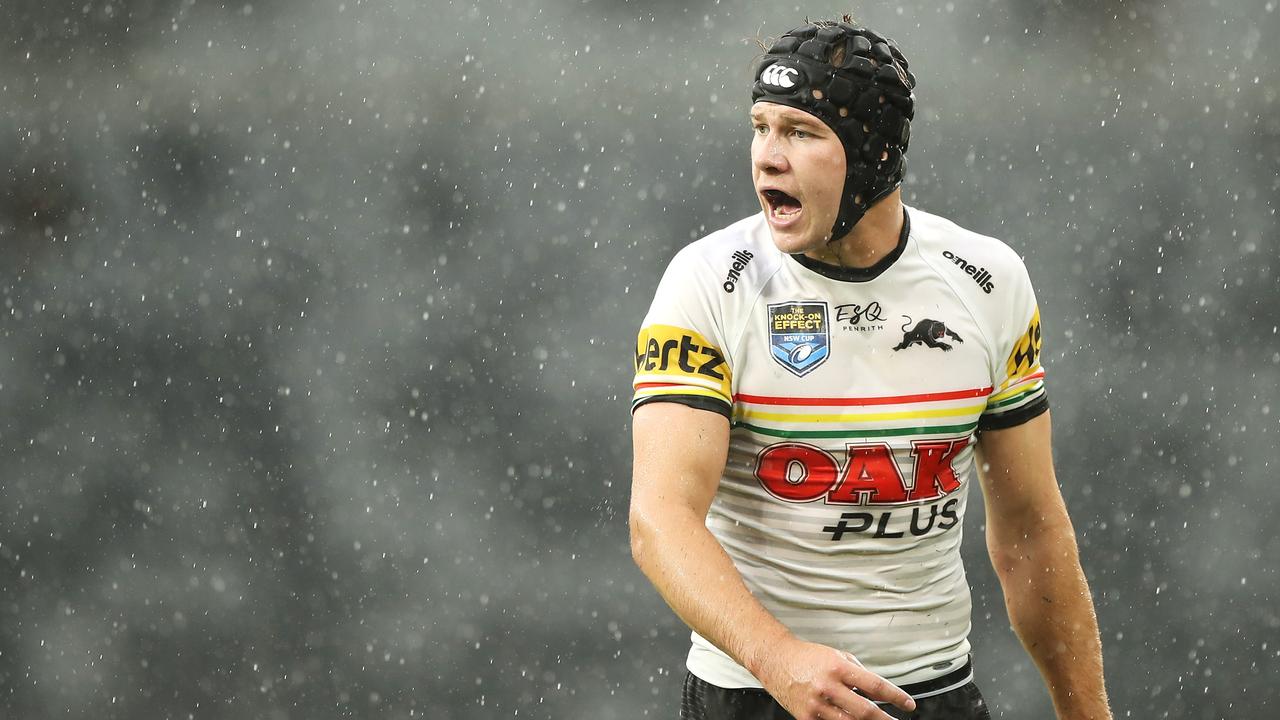 Round 3 of the NRL kicks off with a Grand Final rematch. The Penrith Panthers host the Melbourne Storm in Penrith with the home side looking for some revenge after a tough loss in the decider last year. The Panthers have gotten off to an easy start against some pretty soft opposition, while the Storm have had bigger tests against the Rabbits and the Eels, sitting 1-1 early in the season. It should be a cracking contest in perfect weather conditions.

Draftstars has put up a $20,000 contest, with a top prize of $2,184. There are also some other great contests for smaller stakes players and high rollers.

Unfortunately, Nathan Cleary has been ruled out after his head knock last week. I think he’s fine, but the short turn around encourages the team to be cautious. In comes Matt Burton, who is Bulldogs bound in 2022 but for now makes for a very capable replacement at halfback. Also out for the Storm is gun fullback Ryan Papenhuyzen due to a neck injury. This forces Nicho Hynes to fullback for the Storm. The only other change for Melbourne is Felise Kaufusi who is out due to a suspension and replaced in the second-row by Tom Eisenhuth. Aaron Pene has been named to come onto the bench, but one or both of them could be replaced by Tyson Smoothy and Darren Schonig.

The teams can’t be split in the betting markets, and fair enough. Losing Cleary hurts the Panthers, but not as much as you might expect with Burton a star in his own right. Overall, it should be a tight tussle, and will be up to players like Cameron Munster, Dylan Edwards, Isaah Yeo, Ryan Papenhuyzen and Viliame Kikau to try to come up with the big plays that can put their team on top.

Cleary is the best fantasy scorer in the NRL right now, but his backup isn’t too shabby either. In his 3 career games as a starting half Burton has averaged 60 points, including a massive 86 point game in 2020. At minimum price you won’t see any better value than this.

Melbourne’s own replacement player also present as fantastic value, having scored 59 in his only previous game starting in the 2RF position. The fact that he’s available at centre is a bonus, in what could be an arm-wrestle and therefore feature some low scorers from the genuine backs.

With no standout value at WFB, this is a pick based on the ownership game more than anything else. I’m hoping that Addo-Carr will get a lot of attention below him, and Papenhuyzen and To’o will be popular above him with their blistering starts to the year. It’s only a matter of time until Edwards puts up a big score of his own, why not tonight?

Reimis was good last week, thanks to one big fantasy play where he beat a couple of defenders and scored. I do think he’ll have some success at the Storm and be useful DFS play at time this year, but I’m willing to avoid him this week against the incredibly strong Panthers defense.

I just know that every time he touches the ball I’ll be terrified if I go through with this fade, but there are some reasons to do so. After last week’s massive 82 points, Kikau has seen a big price increase, and now comes against some stiffer opposition. With stronger value plays both above and below him on the board, I’ll be hoping that people are drawn to his big score from last week while I look elsewhere….and then watching the game from behind my couch.

Big Nelson has been starting at lock in the absence of Dale Finucane, and it definitely doesn’t seem to suit him as much as normal role of playing a high impact 40 minutes off the bench. His scoring has been down so far, and now he gets a big price drop to go with it. I’m not sure if I trust him to do any better in such a difficult game and still in this foreign role, but it’s definitely tempting knowing how damaging he can be. 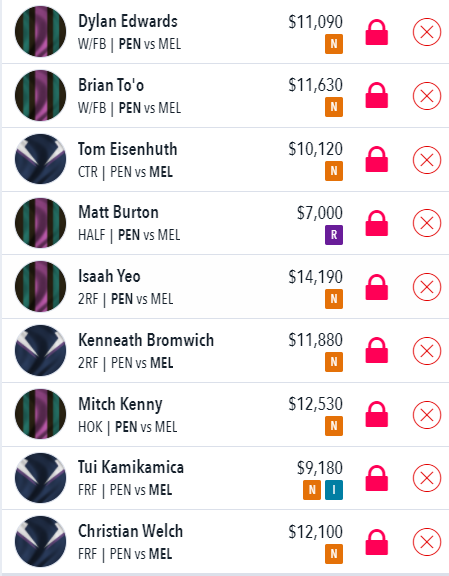