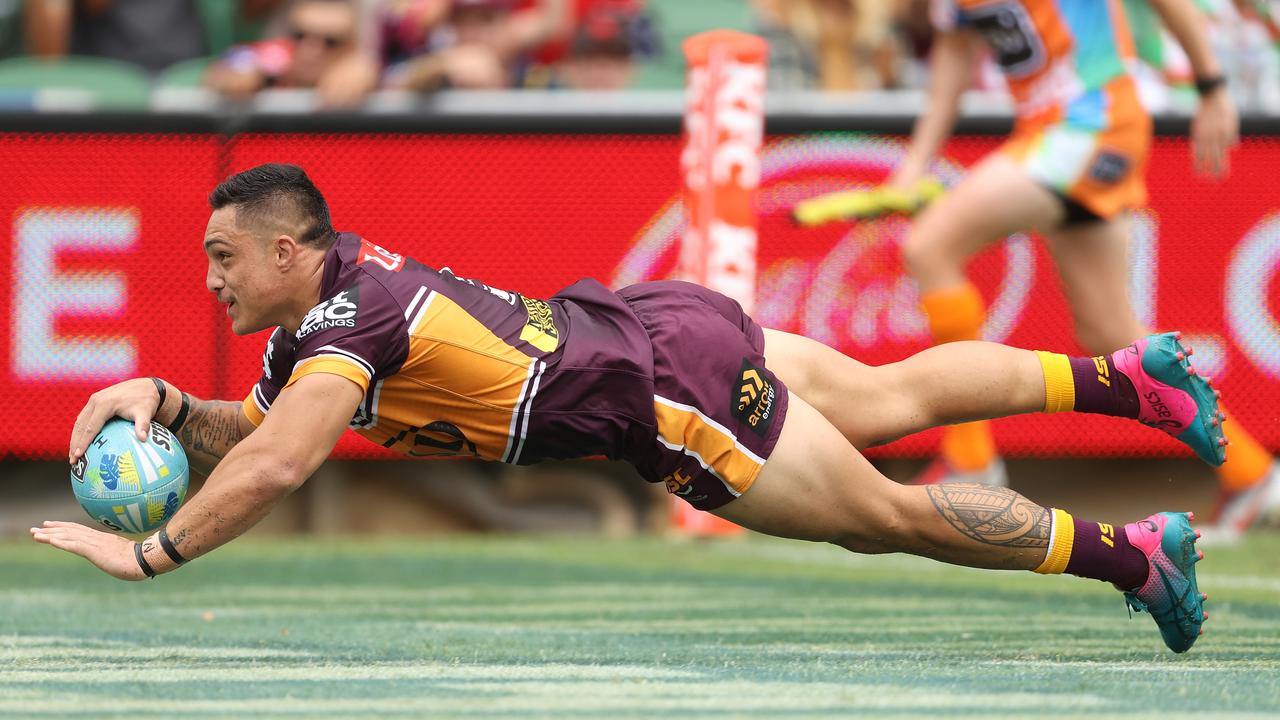 How good was Magic Round!? In answer to my own rhetorical question, it was pretty good, but Round 11 is here now and we need to keep looking forward as footy season rolls on. Next up is the Newcastle Knights (14th) hosting the Brisbane Broncos (17th) at McDonald Jones Stadium. The Knights win over the lowly Bulldogs last week proves nothing for a struggling team, while the Broncos have won 4 in a row, including 3 straight over strong opposition. Things are looking up in the Adam Reynolds era!

Draftstars has a big $20,000 contest with $2184 to first place. There are also several other contests including the Mini, Micro, and the High Roller.

The Knights have two big inclusions in the form of gun forward Tyson Frizell and new recruit Anthony Milford. Tex Hoy drops out despite doing nothing wrong in his couple of weeks in the halves, and Pasami Saulo drops out with Leo Thompson moving back to the bench and Mitch Barnett to lock. Dane Gagai is lurking in the reserves and would be a much needed injection into a Knights attack that has averaged 11 points per game in the last 5 weeks.

No changes for the Broncos, who are suddenly looking like a pretty good team. Payne Haas still looks limited by his shoulder issue and is likely to be so for a while, so tread carefully with him. Jordan Riki is playing seemingly the same role as last season, but scoring a lot worse. It’s hard to know whether to bet on him bouncing back, or if this is the new normal. The Billy Walters/Corey Paix job-share at hooker is still very unpredictable and perhaps easier to avoid in fantasy.

I honestly expected the odds to be more dramatic than this, and would expect the Knights to get a bit longer before the game. On paper the team is pretty comparable to what the Broncos have, but without the Adam Reynolds figure to organise and create at a high level. I think it’s fair to lean towards Broncos stacks, but as always in the NRL an upset is far from impossible and the likes of Ponga, Best and even Tuala/Young could benefit greatly if their team can spring an upset.

Normally I’d start with Kalyn Ponga in this spot, as an historical high 40s scorer at a ridiculous low price…but his fantasy efforts this season have mirrored the struggles of the Knights. I still like Ponga, but I have to lean towards a Bronco as my OB linchpin. Farnworth has been pretty volatile this season, but he has a strong fantasy game and a very nice ceiling. It’s a close call with centre partner Kotoni Staggs, so just play plenty of both of them! It makes for a nice pivot from Corey Oates and Selwyn Cobbo who have both been crushing on the wing and should be due a quiet one soon.

A late try worked wonders for Clunes score of 53 last week, but I’d imagine he’ll still come in low owned in this one (he usually does). While he’s no fantasy stud, he can eke out a solid 30-odd, with more upside if he gets some attacking stats or does most of the kicking. That last point will be interesting, as the inclusion of Anthony Milford changes the halves dynamic. Milford has kicked a lot in the past, but will he do so straight away at the Knights? I’m inclined to think Clune will still have a solid role in that department for now. The obvious HH play is Adam Reynolds, but I’m considering this a case of “why not both?”.

Frizell has missed a couple of games with illness after playing through some minor injuries earlier in the season. He should come into this game fresh, and he gets a little discount to boot. I project him for a similar score to Klemmer and Carrigan, so the price difference is significant enough to make Frizell my favourite play of the trio. He can score well in any type of game with his love for hard work and ability to bust out the occasional big play, so he feels pretty safe all around for a spend up on a slate where Payne Haas has some injury related concerns.

Barnett was excellent on his return last week, essentially dragging the Knights to a scrappy win all on his own. 70 points was a tasty fantasy reward for his efforts. The price has jumped up, but would still be reasonable if it wasn’t for the return of Frizell. That sees Barnett shift to lock where he tends to score a few points worse, especially in his time at the Knights. With a strong collection of middle forwards his minutes are potentially limited, and it might be a good time to fade on recency bias as people chase last week’s score.

The OB back position is absolutely loaded with value, which is why I’ve decided to be a bit harsh on the literal cheapest option. TMM has played 4 games now in his comeback, and the 43 points in the first game looks to be have been a false dawn. An average of 13 in the 3 subsequent games is closer to the low 20s average that we saw from him at fullback in his earlier career efforts. It’s far from impossible that he busts out another 40 every so often and makes this look silly, but there are too many good plays here for me to take a player with such a low floor.

Milf obviously picks himself in this spot, playing his first game for the season, and at a new club after being sacked at the Rabbitohs before playing a game. His career numbers in the halves are ~45 points a game, which isn’t particularly enticing at this price. However, he is extremely volatile and has a tasty 80+ ceiling. The big question is whether he can hit the ground running at a team that is struggling badly at this point of the season. Playing against his old club might be a slight boost. My gut feeling is that it’ll be better to wait and see with Milford, because the price is a little high, but I wouldn’t blame anyone for taking a risk at potentially low ownership. 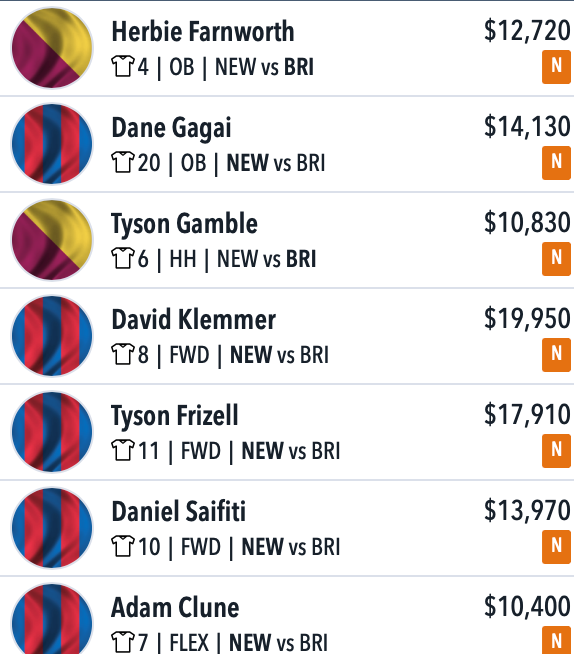