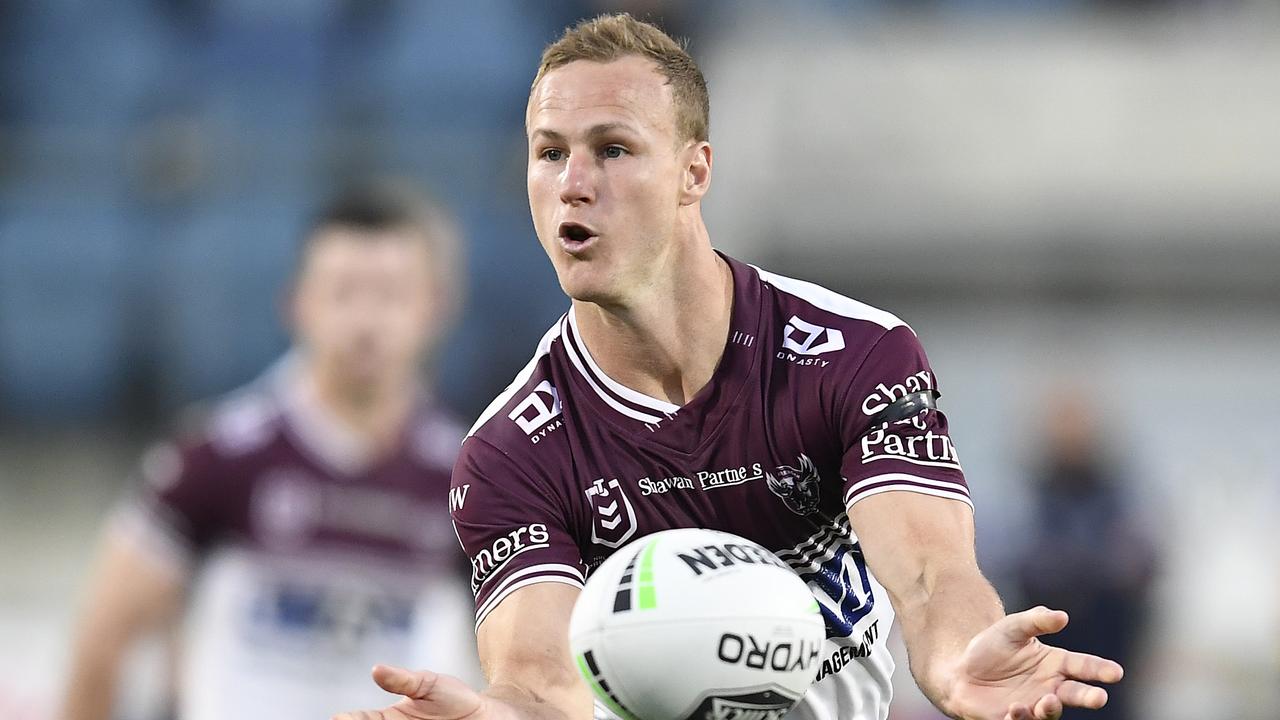 It’s Round 12 in the NRL, very close to the halfway point of the regular season. Our Thursday night action features two powerhouse teams that are both facing more question marks than usual at this point in the season. Still, the Melbourne Storm (2nd) are in a strong position, while their visitors the Manly Sea Eagles (10th) need to find another gear while missing their most important player. Both teams have lost their last two and will be desperately hoping to avoid a hat trick of losses.

Draftstars has a $20,000 contest with $2184 to first place. There are also several other contests including the Mini, Micro, and the High Roller.

The Storm have two changes. Jahrome Hughes returns from a calf injury, and Harry Grant is out late with a training injury in a straight swap at halfback. Jordan Grant comes in for Alec McDonald on the bench. Cameron Munster has struggled a bit without Hughes the last two weeks, and Harry Grant was far less effective filling in as a halfback last week. Munster should benefit from Hughes in, which will also help the entire backline who have been poor in the two losses.

The huge news for Manly is the serious shoulder injury for Tom Trbojevic, their aforementioned most important player. Reuben Garrick moves back to fullback to cover him, with Jorge Taufua getting his first game of the season on the wing. The only other change is Ethan Bullemor replacing Marty Taupau on the bench. I’m again expecting Josh Schuster to move into the starting team before kick-off, but it didn’t happen last week so who knows.

I thought I’d be all over the Storm with no Turbo in this one, but it’s honestly a lot closer on paper than I expected. The crucial missing piece for the Storm now is Ryan Papenhuyzen, and it’s a big hole that Nick Meaney can’t really hope to fill. The rest of the backline looks weaker as a result, and I think there is a better chance of an upset than the odds suggest. I’d still be tipping the Storm, but if I was having a bet I’d prefer Manly. For that reason I’m going to ignore the perceived matchup imbalance and just play whichever players would outperform their price on a normal week.

The big Storm prop feels like one of the only safe values on the slate. His first two games of the season have been rock solid, and he’s building up to a projectable score of around 40. Although it doesn’t blow the roof off his price tag, there is a bit of upside and the downside feels minimal. With the extra responsibility of starting again this week I think he’s the perfect building block to begin our line-ups.

There are two OBs that I’m keen to play in particular, but neither is very safe. Unfortunately it’s hard to find the salary for Justin Olam or Reuben Garrick, because we’re likely going to need to spend up for 1-2 of the gun HH options. Coates is my Melbourne choice, because of the cheaper options he’s by far the biggest talent who has shown a massive ceiling in his first season at the Storm. I’m also continuing to play Tolu Koula as much as I can handle, because I think his scoring hasn’t matched his talent so far and the big game is coming soon. Even in a tough matchup, something like the 40 he scored against the Sharks is very possible.

As mentioned, the clear best scorers on this slate are all at the HH position. That includes the Manly captain, along with the Storms star halves Munster and Hughes. The Storm pair have minor question marks, with Hughes coming off a calf complaint, and Munster in a mini-form slump that has contributed heavily to the two losses. Both are every chance to dominate this week and should be considered for sure, but DCE is the best historical scorer of the lot anyway and is as safe as houses. A low-score this year of 54, along with a 100+ ceiling (last year), is hard to replicate. The tough matchup makes no difference, he’s up for big games and scores in every facet of the game. Pair him with one of the Storm guys and find the value elsewhere.

Croker has been in good form, averaging 47 in his last 5, thanks to playing 80 minutes in each of those games with no utility on the bench. Even though that happens again this week, we just cannot pay this big price tag with all the other expensive HH options who are clearly better options. Last week’s 62 was his best score in his last 24 games, so the chances are he’s not putting up a competitive score in relation to at least one of the big 4 at the position.

Another Manly player scoring a little better lately, the gun lock just isn’t an elite fantasy player anymore. With a high score of 57 this season, and 64 last season, he doesn’t really have the ceiling to become a problem at this price. We can’t really afford him if playing two of the gun HH players, so it’s another pretty simple fade. If you want another reason, his two brothers have been injured in the last two weeks, and these things tend to happen in threes.

I’ve mentioned some cheaper OBs that I like, and the expensive ones that are also nice plays if you can squeeze them in. Seve falls into the gap in the middle, and has only played the last two weeks this season, as well as only two weeks last season after an ACL tear. His scoring has been solid in those outings, as well as in the two years prior, settling in the 33-35 range. There’s no sign of a 50+ ceiling, but that won’t necessarily be required on this slate with all of the affordable outside backs capable of some absolute stinkers. I don’t know if he’s likely to make the winning line-up, but I’ll be happy to try to squeeze him into a few line-ups and hope that everyone else fails to do so. 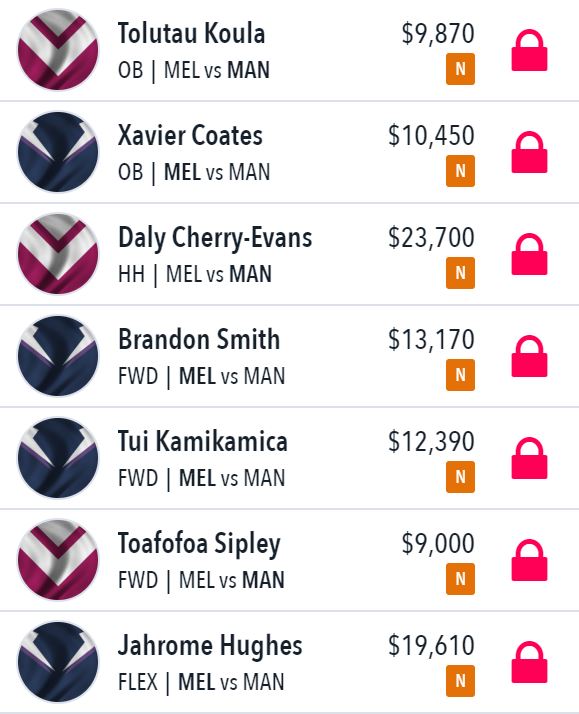