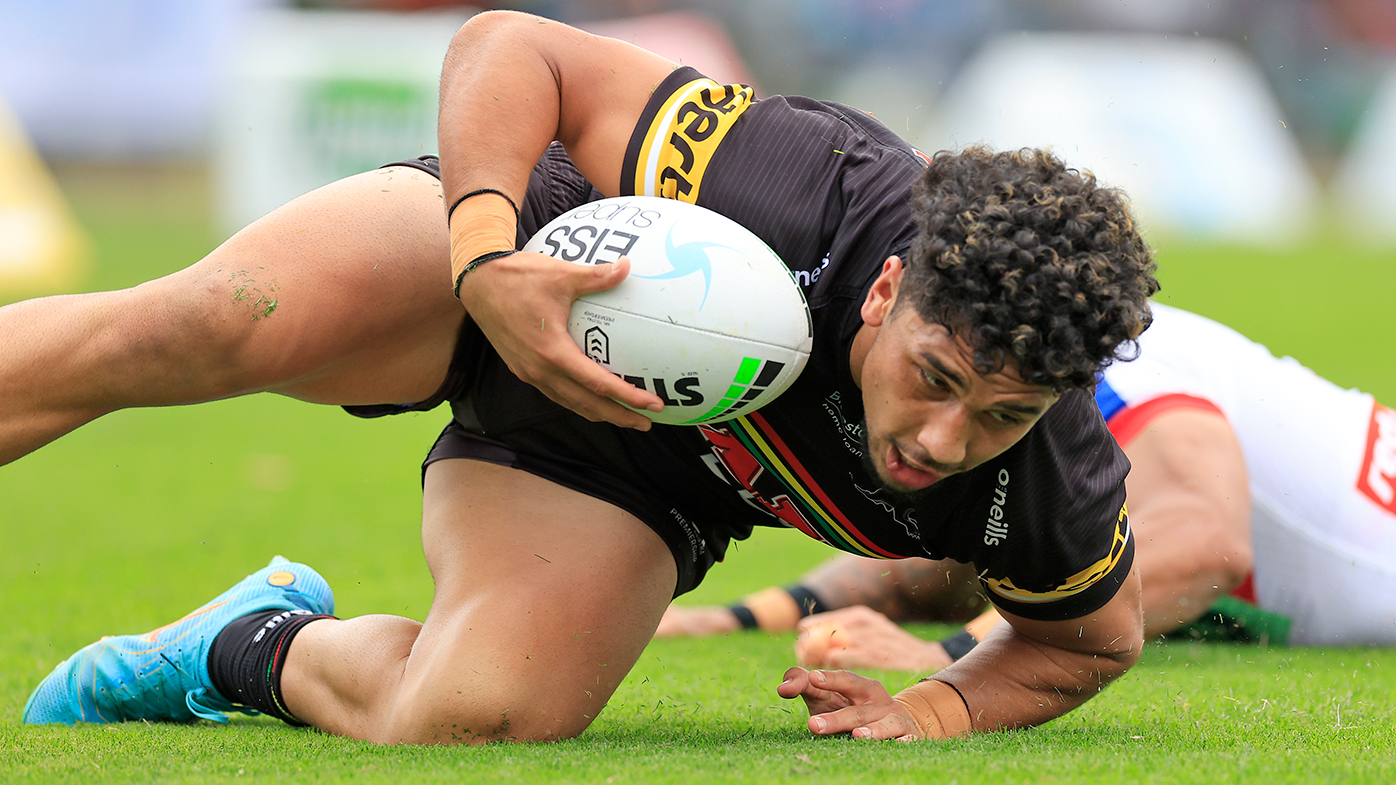 Our Standalone Friday night game in round 13 is about as big of a mismatch as you can get in the NRL right now, with the Penrith Panthers (1st) hosting the Canterbury Bulldogs (16th) at BlueBet Stadium. Luckily for the Bulldogs, it’s the perfect week for first vs last with State Of Origin leading to a very depleted Panthers outfit and a much closer looking game.

The Panthers lose all of Isaah Yeo, Jarome Luai, Liam Martin, Nathan Cleary, Stephen Crichton and Brain To’o to the NSW team. That’s a lot! Robert Jennings and Charlie Staines come into the backline. Sean O’Sullivan is the halfback, with Kurt Falls making his debut at the five-eight and likely kicking the goals. Chris Smith comes into the second row, and Matt Eisenhuth will start at lock. The bench is actually unchanged which is somewhat unexpected in such a different looking team.

Meanwhile the Bulldogs lose zero players to Origin, and only have one change. It’s a simple change with Luke Thompson out and Ava Seumanufagai in his spot at prop.

In terms of pure players, I’d say the Panthers are only slightly ahead after these changes. But they’ve still got a much better system and some serious young talent that the Bulldogs are unlikely to overcome.

The Bulldogs forward is a veteran these days, but it doesn’t feel like given he’s only managed 4 games in the last two seasons thanks to recurring foot injuries. Hopefully he’s healthy again now, and able to handle the 70+ minutes that will be asked of him in the starting role this week. Last time he played this role (in 2020) he was a 75-minute and 50-point guy. That’s ambitious in this game, but at minimum price a safe 40+ projection is more than enough to be a safe(ish) value. If he doesn’t end up starting then Ava Seumanufagai is also looking pretty good (~35 points) at minimum price.

We’ll still likely want Panthers backs in this one, and Tago is still very reasonably priced for a player averaging 45 this season. There’s a slight issue with 6 of his last 8 scores being under 40, but in the easiest matchup you can get it seems like a good time to bet on a ceiling week for Tago and a few of his mates.

It’s an odd HH position on this slate, with the bad team’s best players absolutely maxed out in price, and the good teams best players missing. Sean O’Sullivan will do his best Nathan Cleary impersonation and should be an okay play, but Koroisau stands out as the senior guy that will need to lead this team around the park. He’s had some lean patches this season but has been good for the last month and should get a full whack of minutes this week. I’d say 50+ is highly likely, which is about the same expectations or the 3 guys priced significantly higher than him at the position.

Continuing on from that, Burton just looks too expensive in this revenge game against his old team. I’m sure at this point in the season he’s wondering why he ever left, but I don’t think any kind of extra motivation is going to help him have a ceiling game. The price is justified by an average of 74 in the last month, but all that’s changed in that time is a couple of tries and some extra attacking stats against a fairly weak group of teams. Even a depleted Panthers is going to be a stiffer test and I’ll be looking for something closer to his season average of 55.

The 25-year-old debutant is a complete unknown to me. His NSWRL profile tells me he’s a goal kicker, so that’s something at least in a team missing it’s two usual kickers. I expect Sean O’Sullivan will do almost all of the general play kicking, so Falls fantasy prospects will come to down to his running game and ability to create for his teammates. The fact that he’s not minimum price makes this a much tougher decision, and I’m leaning towards a projection in the high 30s and trying to make sure I have about 30% exposure. 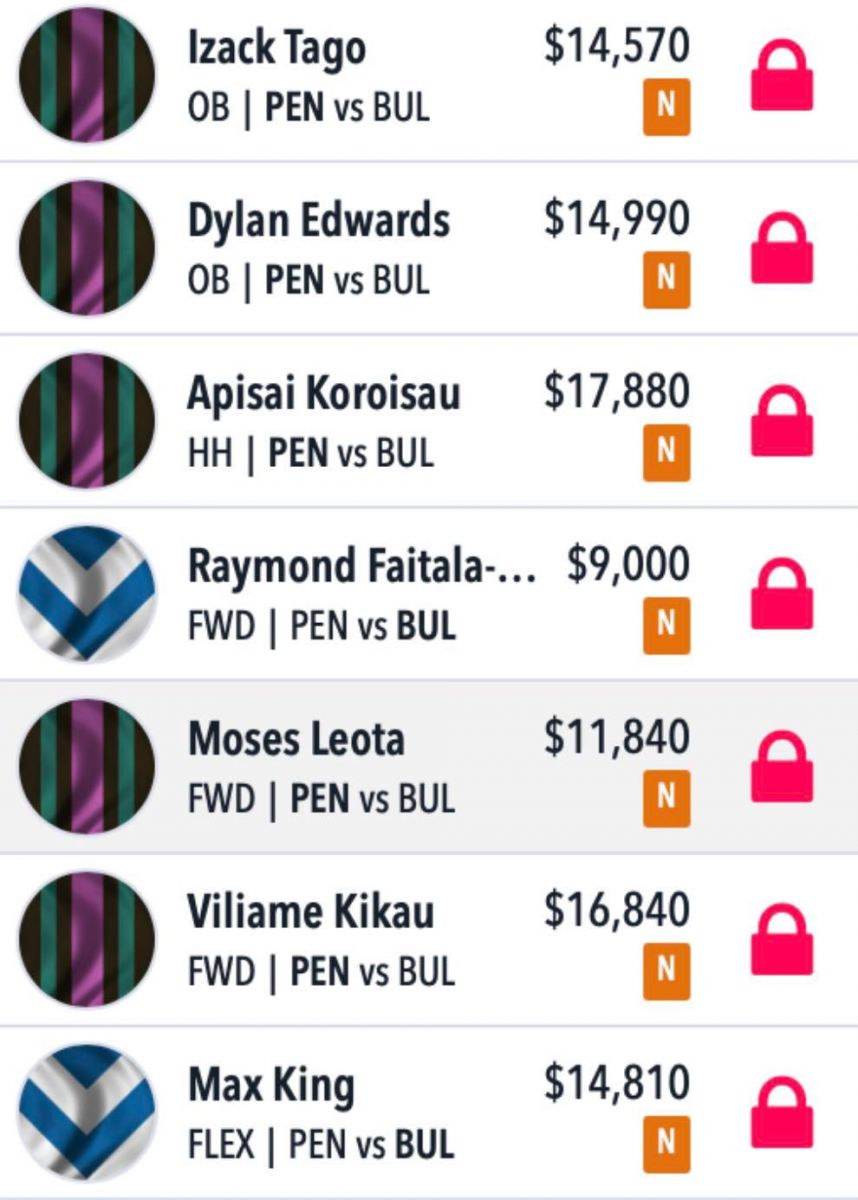