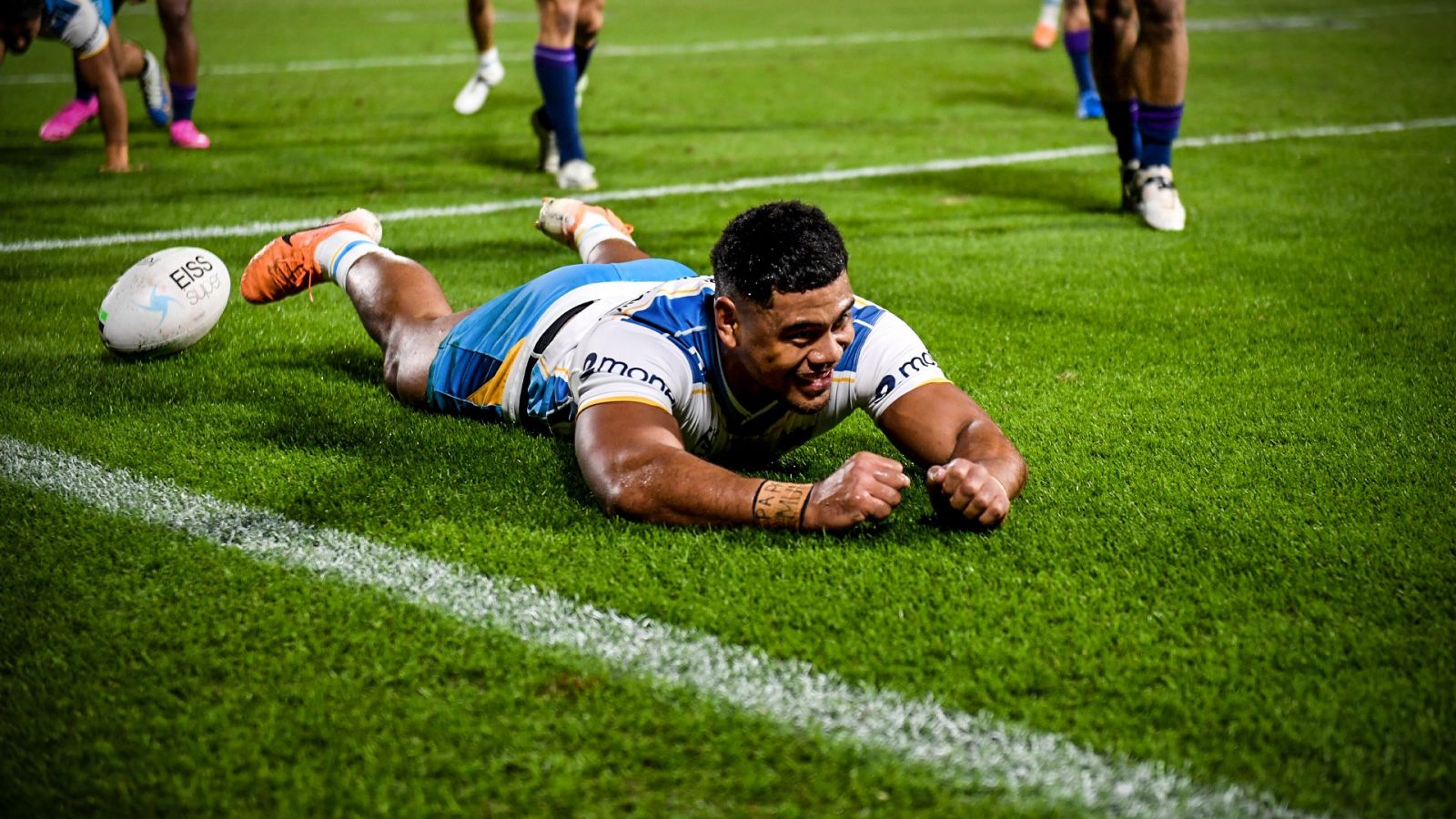 It’s already Round 4 in the NRL, and our Thursday Night Football features an unusually low-profile matchup this week. The Gold Coast Titans welcome the Wests Tigers to Cbus Super Stadium for an 8:05pm kick-off. The Tigers are the only team yet to win a game, while the Titans are 1-2 and will be hurting after blowing a 22-0 lead against the Raiders last weekend. The weather should be fine.

The Titans lose two backs in Jayden Campbell (ribs) and Phillip Sami (covid), but have strong replacements in new recruit Jamayne Isaako (fullback) and quality veteran Corey Thompson (left wing) for his first game of the season. It’s an otherwise unchanged line-up for a team that still looks promising, but isn’t getting the job done. It’s been a relatively quiet start to the season for David Fifita, who could change the team’s fortunes quickly if he starts scoring incredible solo tries again.

The Tigers get a few players back from injury, with James Roberts (right centre), Ken Maumalo (left wing) and Kelma Tuilagi (left second row) returning to the team. That means Luke Garner and Alex Seyfarth return to the bench, with Stafford To’a out of the team. Stefano Utoikamanu (ankle) is also out, with Zane Musgrove (prop) named to start. Jake Simpkin drops out. The team is not great, but Oliver Gildart and Jock Madden both showed their talent last week and are worth keeping an eye on.

The odds right be a tiny bit harsh, but it’s hard to see the Titans losing this one at home. Both teams have massive problems defensively, unable to contain good attacking sides for extended periods. In this case the Titans attack is the far bigger handful, so it’s wise to include some Titans stacks in your line-ups.

In real life, Marzhew has concerns over his ability under the high ball and general defensive play…but in fantasy he is an absolute gun. The bullocking winger breaks tackles for fun, and scores plenty of tries to go with it. It can be a rollercoaster, but more often than not we’re getting 40+ points with the upside for a lot more. There might be a slight ownership discount after last week’s 9 point effort, making it a good time to pounce.

The young Tiger made a couple of big plays last week, and almost contributed to a much-needed win. Now with 3 full games of NRL under his belt, he’s yet to score below 37, and looks like excellent value once again. Despite being big underdogs, the Tigers don’t get to face many defensive lines with more issues than the Titans, so I’m still happy to sprinkle in some attacking players and hope they can score some tries of their own. We still have no idea what the ceiling is on Madden, and this price could look very silly very soon.

By his standards, 3 scores in the 44-51 range is a pretty average start to the season. Last season he never went more than 2 games without a 65+ score, and averaged 65 along the way. It’s unfortunate that the price has risen despite the slow start, but that might only help scare a few more people away when we know the massive ceiling score can’t be too far off. The Tigers have put up a fight in their losses so far, but I still feel a Fifita field day is a very strong possibility in this one.

Despite Jake Simpkin dropping off the bench, I can’t get excited about Liddle. Even with 80 minute potential, he’s too expensive and too injury prone. He also relies too heavily on attacking stats. It’s not impossible that he grabs a tackle-breaking try and pays off this price tag, but I’d rather bet against it and look to almost every other option in the Half/Hooker position.

Another big forward off to a slow start to the season, yet still getting more expensive. Leilua plays with plenty of heart (unlike his brother), but he’s looked a little banged up so far this seasons and doesn’t have much of a ceiling at the best of times. I’ll wait patiently for a better price tag.

The two inclusions for the Titans both have plenty of upside, but how will they fare? Isaako is at a new team, and is unlikely to continue his usual goal kicking duties. While that hurts his upside a little, he’s still plenty cheap for a starting fullback on a heavily favoured team. Likewise Thompson is a strong fantasy scorer, but really dropped off after an injury last year, averaging 30 in his last 10. Is he coming into the year fresh and ready to play at his best straight away at the age of 31? It’s a worry, but could be worth taking the risk early. 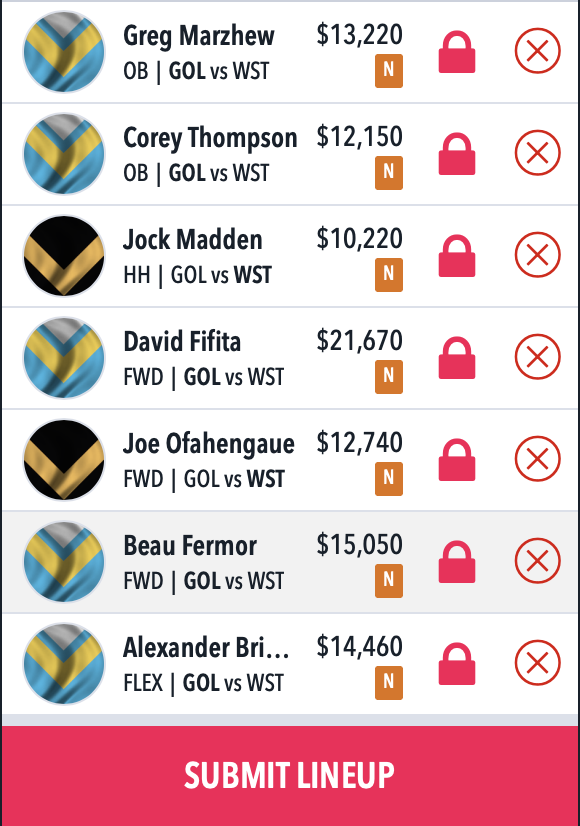