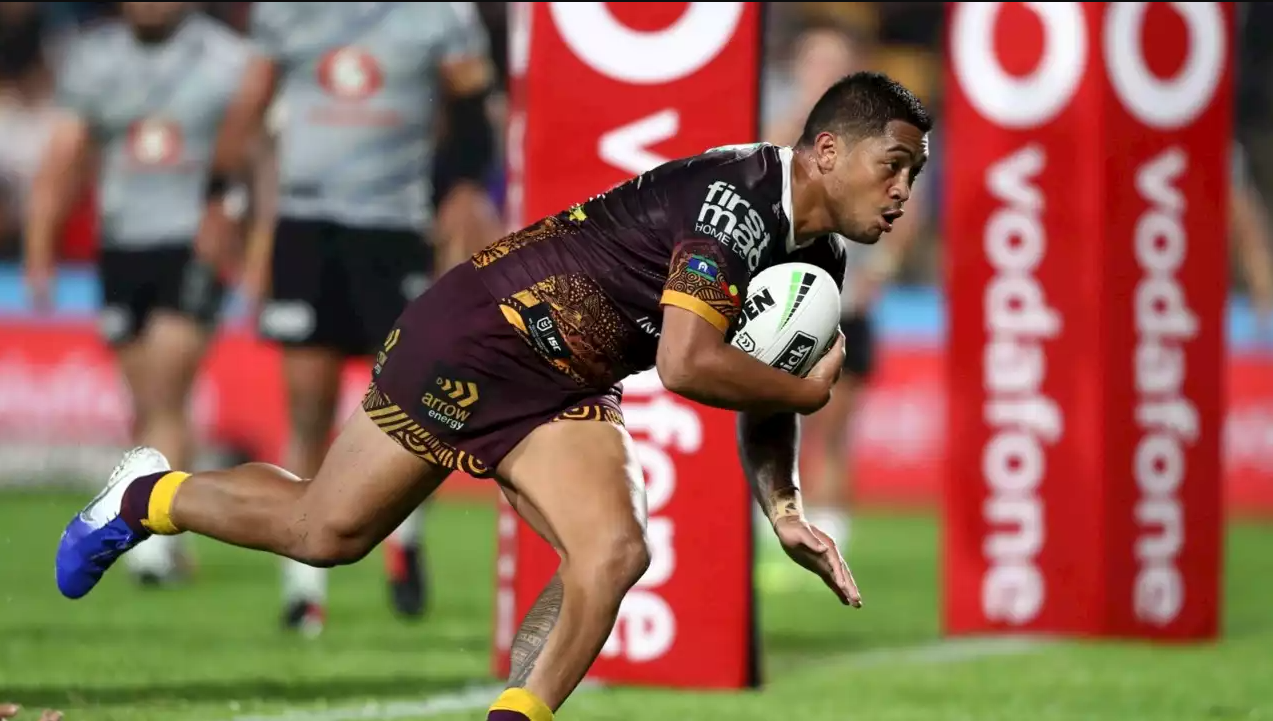 Our second long weekend in a row shakes up the NRL schedule a bit, with the usual Friday night double header moved to Monday, and just the one game tonight. At 7:55pm the Brisbane Broncos (2-4) will welcome the Canterbury Bulldogs (1-5) onto Suncorp Stadium. It’s a cellar dweller contest for sure, but sometimes those create a somewhat open, attractive game.

Five changes for the Broncos! Jake Turpin, Ryan James and Tesi Niu are all out of the squad, with Te Maire Martin making a sensational return at fullback after three years out of the game. Cory Paix is promoted to hooker and Payne Hass returns at prop. Tyson Gamble comes into the halves with Billy Walters dropping back to bench utility. Tom Flagler returns from suspension on the bench, and Herbie Farnworth is back at centre, forcing out Delouise Hoeter. Having three new faces in Martin, Gamble and Paix in the spine will put a lot of pressure on Adam Reynolds to lead the team around the park.

Just two changes for the Bulldogs. Aaron Schoupp comes in at centre for the injured Braidon Burns. Corey Waddell comes into the second row for the injured Chris Patolo. The struggling backline won’t get many better chances than this to put up a big score. There’s some COVID chaos happening around the squad this week, so there could be a number of other changes leading up to the game.

This feels like a slightly aggressive price for the Broncos. If it wasn’t for the COVID issues going on I’d almost have the Bulldogs level with them, but even with a few missing I still think it’ll be somewhat close. Often these games between bad teams can turn into a fantasy smorgasbord, so I’ll be loading up on all the best scorers from both teams, without really stacking in either direction.

Dufty is in the wars with some disappointing real life performances in a struggling team leading to conjecture over his future in the NRL. It’s translated to an average of 31 this season, down from a high 30’s career mark. Still, he’s scored 30+ in 5 of 6 games and is being dragged down by a zero point effort against the reigning premiers. Taking that into account, along with this weeks softer opponent, this price looks extremely generous to me. Something around the 40 mark would be adequate, but there is a lot more upside if the Dogs can be competitive.

Another not living up to expectations so far is Burton, with attacking stats proving hard to come by and Kyle Flanagan stealing what little goal kicking points were available. Still, averaging 47 on the back of 400 kick metres per game is a good starting point when he now gets his best opportunity to dominate a game so far this season. He was a 60+ player in the halves at Penrith, but anything 55 and above will get the job done in this game. I’m expecting him to remind us just how good he is.

The Broncos are still handy favourites, so I’d better not get carried away with Bulldogs players. I was tempted by Herbie Farnworth at a generous price, but he’s coming off a knee injury. Instead I’m looking at Capewell who is another ex-Panther not quite scoring as well at his new team. Like Burton and Dufty, this is as good a matchups he’ll see all season, and he thrives on tackle breaks and and tries against weak defensive lines. The price isn’t particularly low, but he’s very capable of the 50+ score needed to pay it off.

An unfortunate pricing quirk based on a small sample from last season sees Gamble shake out as the second most expensive player on the slate. He averaged about 50 in a starting role last season, but that was largely built on 300 kick metres per game. If we cut those in half now that he’s playing next to Adam Reynolds, he’ll be lucky to average more than 40. Easy decision to wait patiently for the price to drop as far as possible.

There is a reasonable chance that Flegler ends up starting in this game, but that won’t make me feel any better about him. A 45-50 point player at best, I have no idea how this price has come to be next to his name. With players like Capewell, Riki, Vaughan, Pangai Jr and Jackson having better scoring profiles at similar prices, Flegler feels pretty irrelevant on this slate. Throw in a need to rein in his playing style after repeated suspensions, and I highly doubt we’ll see anything like a ceiling score in this game.

The former Panthers and Cowboys star has been away for 3 years after serious head injuries. He mostly played in the halves in those years, averaging ~33. In ten games at fullback his average was….21! That is not a promising sign for his chances of being on a winning fantasy lineup tonight, with his top score in those 10 games being 35. Still, after 3 years away, it’s not impossible that we see an entirely different player this time. Still only 26 years old, if he’s fully healthy his best footy is hopefully still ahead, and it’s not crazy to take a few shots at him coming out of the gates quickly. 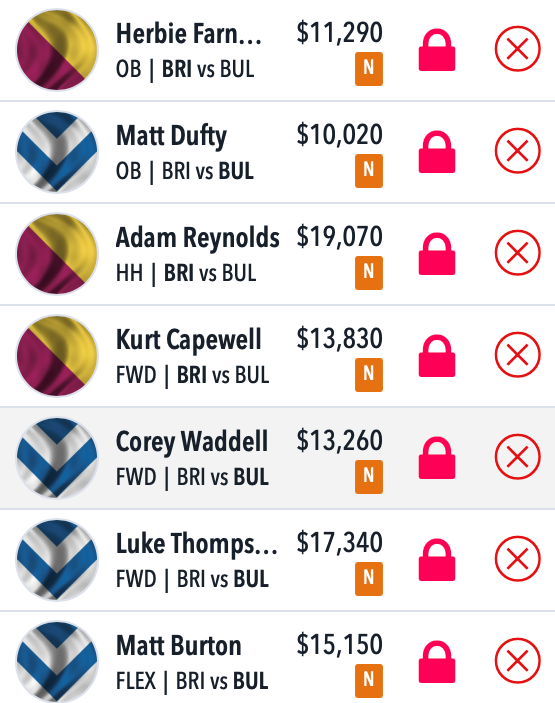