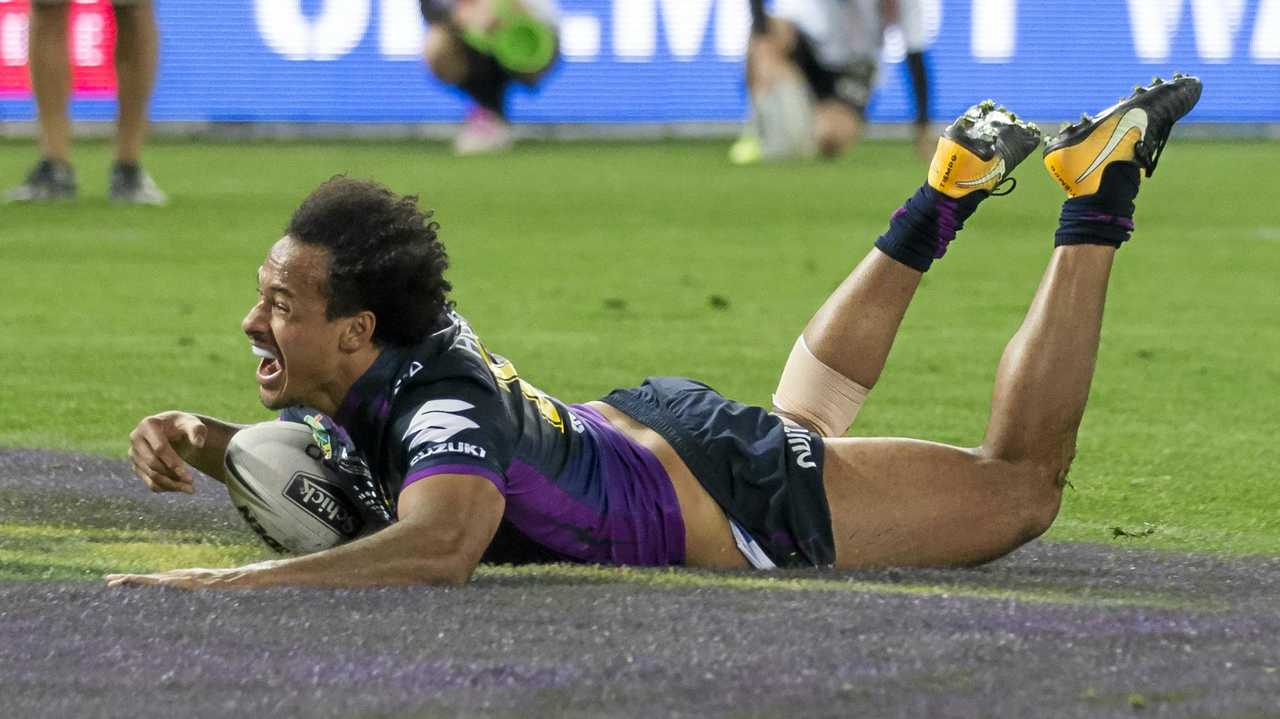 Round 8 has been an absolute cracker so far, with four upsets and no real blowouts in sight. Our Sunday double header looks like delivering som more good footy, starting with the Newcastle Knights welcoming the white-hot Melbourne Storm to McDonald Jones Stadium at 2pm. Then at 4:05pm the St George Illawarra Dragons play host to the Wests Tigers at WIN Stadium. Both teams have won their last two to inject some much needed hope into seasons that were looking lost already.

Draftstars has a $5000 contest with $679 to first place. The single game contests are set at $8000 and $10,000 respectively. There are also several other contests including the Mini, Micro, and the High Roller.

There are two players out for the Knights, with Kurt Mann and Dane Gagai both unavailable. Simi Sasagi is promoted from utility to the centres, and Phoenix Crossland moves from (other) utility to start at lock. Sauaso Sue and Jack Johns both come onto the bench. If it stays this way Chris Randall is a chance to get 80 minutes with no utility on the bench, although Crossland could still cover him for 10-15 minutes at some point.

The only change for the Storm is Tyran Wishart named back on the bench in place of Chris Lewis. They swapped late last week, so keep an eye on that (not that either is fantasy relevant). Brandon Smith saw bigger minutes last week and his temporary form blip should be over.

Jaydn Su’a is out for the Dragons, with Tariq Sims moving back into the second-row and Tyrell Fuimaono coming onto the bench. George Burgess retains the starting prop role for now, but will again play very low minutes no matter where he starts.

Ken Maumalo and Dane Laurie are both out for the Tigers, which sees Oliver Gildart promoted back to the centres from utility, and Asu Kepaoa come into the team for his first game of the year. Kelma Tuilagi is back in the second row, with Alex Seyfarth dropping back to the bench. We haven’t seen the best of Tuilagi yet, he’s got much bigger scores in him if he can avoid the little injuries.

It’s a tough one to swallow as a Knights fan, but the odds are huge for a reason. They’ve been terrible over the last month, and even their usually strong defence has started to crumble. Still, form comes and goes, and a home game against a tough opposition is a chance for the team to show that they’re not THAT bad. If Clifford and Clune can recapture some form in the halves, I think that game can be closer than expected.

The more interesting game is the two battlers both going a hat trick of wins. The Tigers losing a couple of key backs has me thinking the odds are pretty accurate in this one too, but it’s close enough to be anyone’s game.

A Sunday afternoon game against the wooden spoon favourites is pretty much the best chance a winger will ever get to put up a good score, and big Ravalawa gets to run at the new look left side of Kepaoa and Gildart to put a cherry on top of an excellent matchup. At minimum price, it literally doesn’t get any better than this. Of course wingers are volatile, and there are plenty of reasons things might not go his way, but this is too obvious an opportunity to miss out on.

Hastings started the season slow while carrying a groin injury, but his 3 week suspension seems to have freshened him up and he’s put together two strong games on his return. The fact that it has coincided with a couple of massive upset wins for the Tigers says a bit about his influence as the controlling half. The new role has seen a big increase in kick metres, and he’s running the ball far more than we ever saw in his previous NRL experience. Throw in the goal kicking and a nice matchup, and this price still has a fair bit of growth before he’s not great value.

Trying to pick someone from the Storm shouldn’t be particularly difficult as perhaps the stack of the day (again), but I’m going for a boring old forward who generally averages in the low 40s. He’s been a little below that so far this season, and I think a big score is coming to soon enough to raise him back to his usual level. Playing on the right side where he can run at the less cohesive group of Jones, Clune, Best and Lee is a nice opportunity to find some space and perhaps grab a rare try to pay off a very fair price tag.

De Belin is finding his feet after a couple of years out of the game, getting back to his usual 60 minutes. Having said that, he’s not quite the same player, and the best we can hope for seems to be pedestrian 50-odd instead of an explosive 70+ needed at this exorbitant price tag. With the Tigers likely to put up a fight, there are many more viable plays than this guy.

A little harsh here, but the flip side of Hastings taking on a bigger role is that Brooks is seeing less base stats than usual. His kicking numbers are dropping, and he’s not really running any extra to make up for it. While he can still have an upswing if he manages to go on a long run or get involved in creating/scoring tries, the price is just a little too much. I doubt the Tigers are going to blow the Dragons away if they do manage to win again, so I think a ceiling score from Brooks is unlikely.

If he ends up starting at lock, Crossland seems like an easy choice. I’d expect him to play about 50 minutes, with an early stint in the middle and then coming back on as a hooker/middle forward in the second half. He’s mostly been playing the same role off the bench this year, and if you extrapolate his 33 minutes each week out o 50 you get a score in the mid 30s. With some extra upside possible from there, I think it’s an easy call if he’s still in the starting side come final team. If he isn’t, it’ll be a tougher call whether he still sees a bigger role than usual from the bench with a small chance of being a slate-winner. 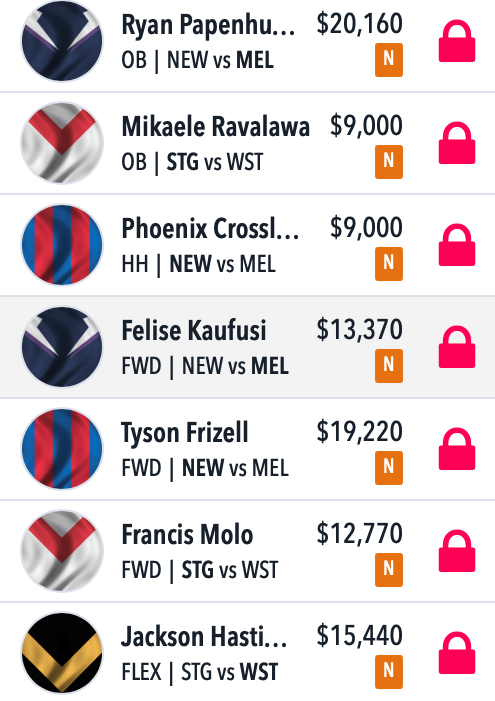